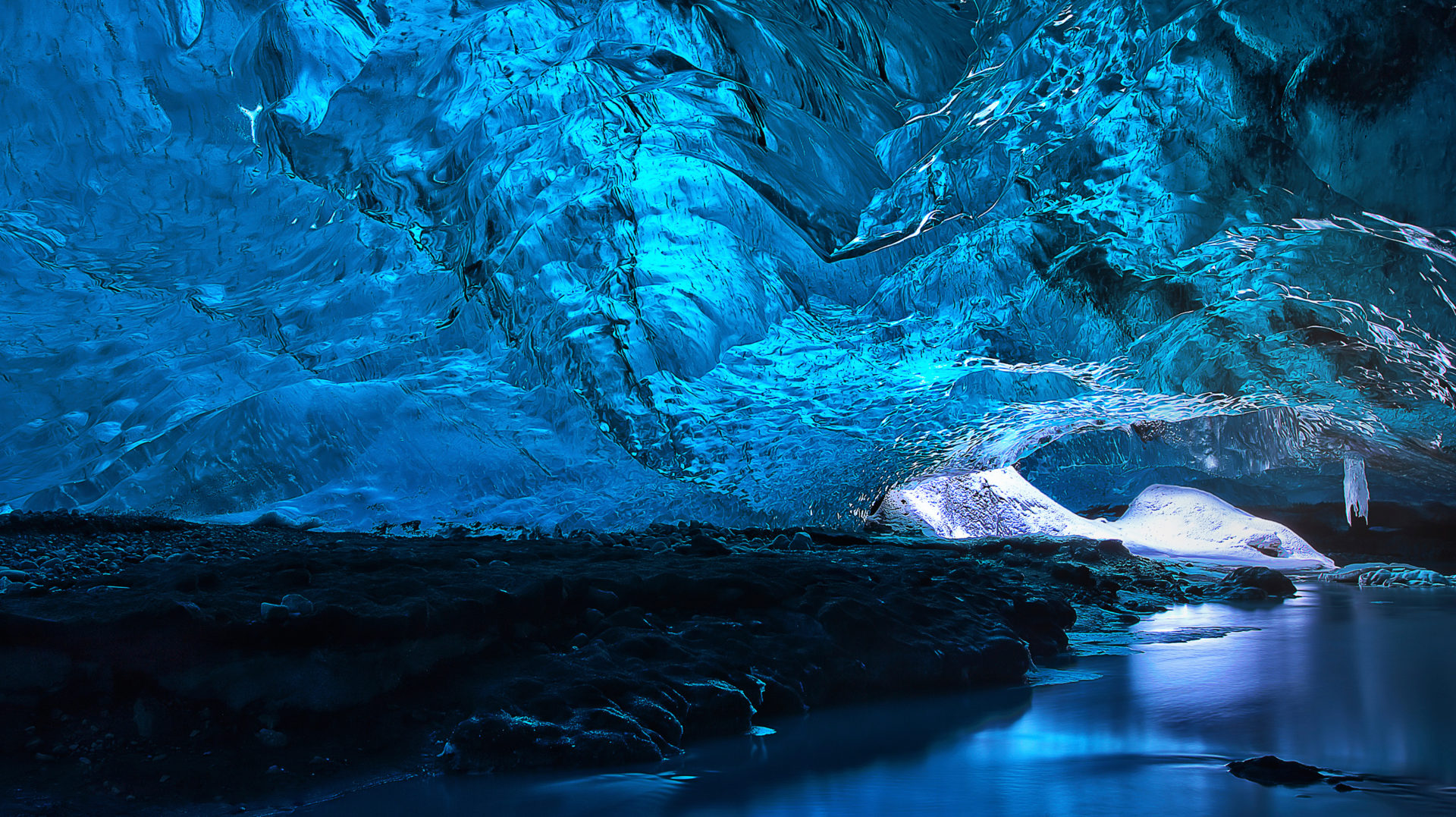 From complex vocabulary to simple slang, poetic parables to technical terms, no matter how much of a wordsmith you are, honing and sculpting your lexicon to perfection, there’s a painful truism to be acknowledged: a picture’s always worth a thousand words. And what better way to prove the point than with this photographic guide to Iceland, showcasing the rugged splendor of the landscape. Here are 13 beautiful reasons to visit Iceland, captured on camera. 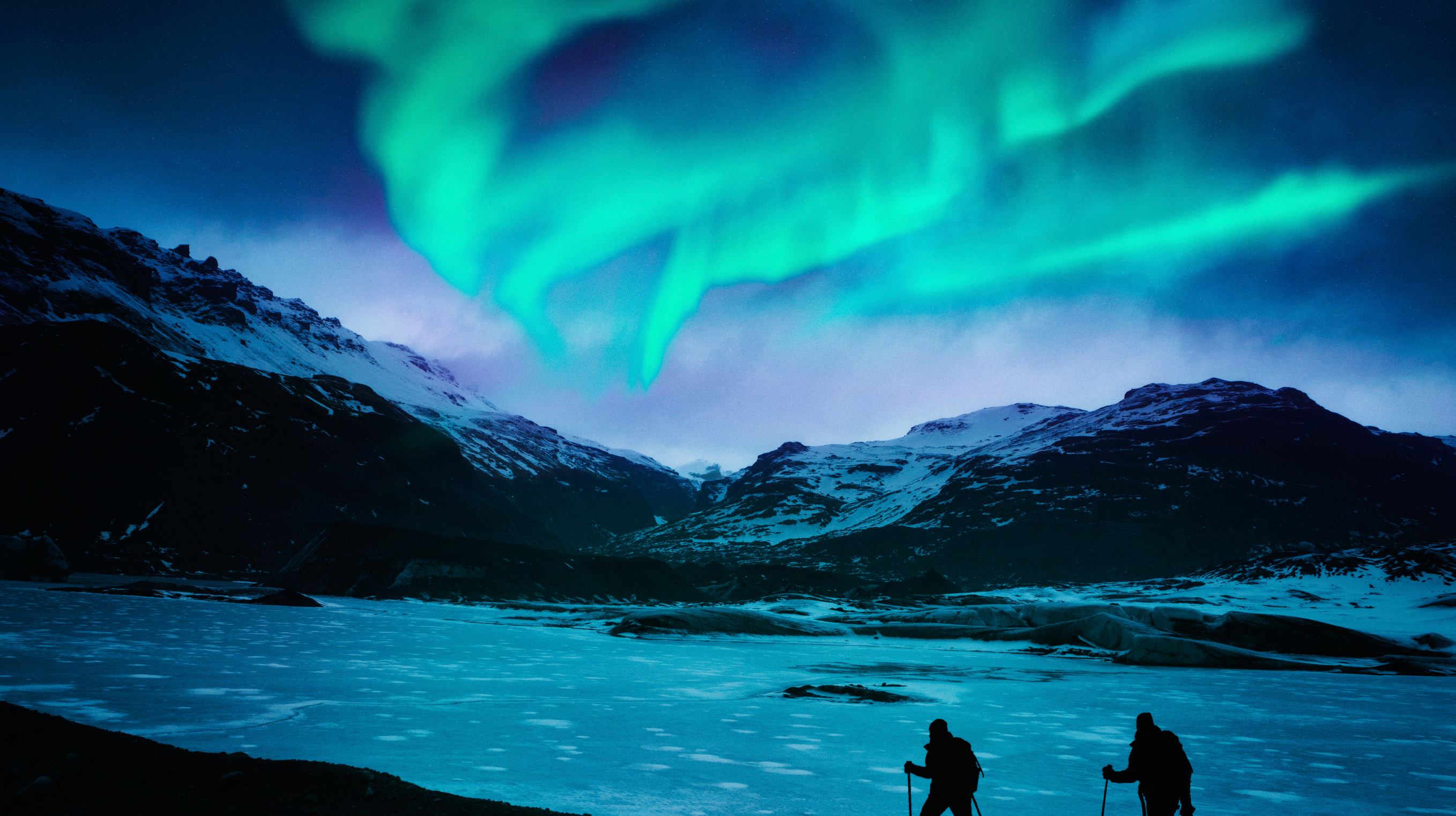 Aurora Borealis is one of the few bits of Latin that everybody knows. The name given to the firework show the solar winds provide as they’re drawn in to the poles by the earth’s magnetic field; if you can’t imagine its splendor, envision it to be like a rainbow’s more impressive elder sibling, shooting wispy haloes of color across the sky. And if that doesn’t capture your imagination, well, there’s always the image above. 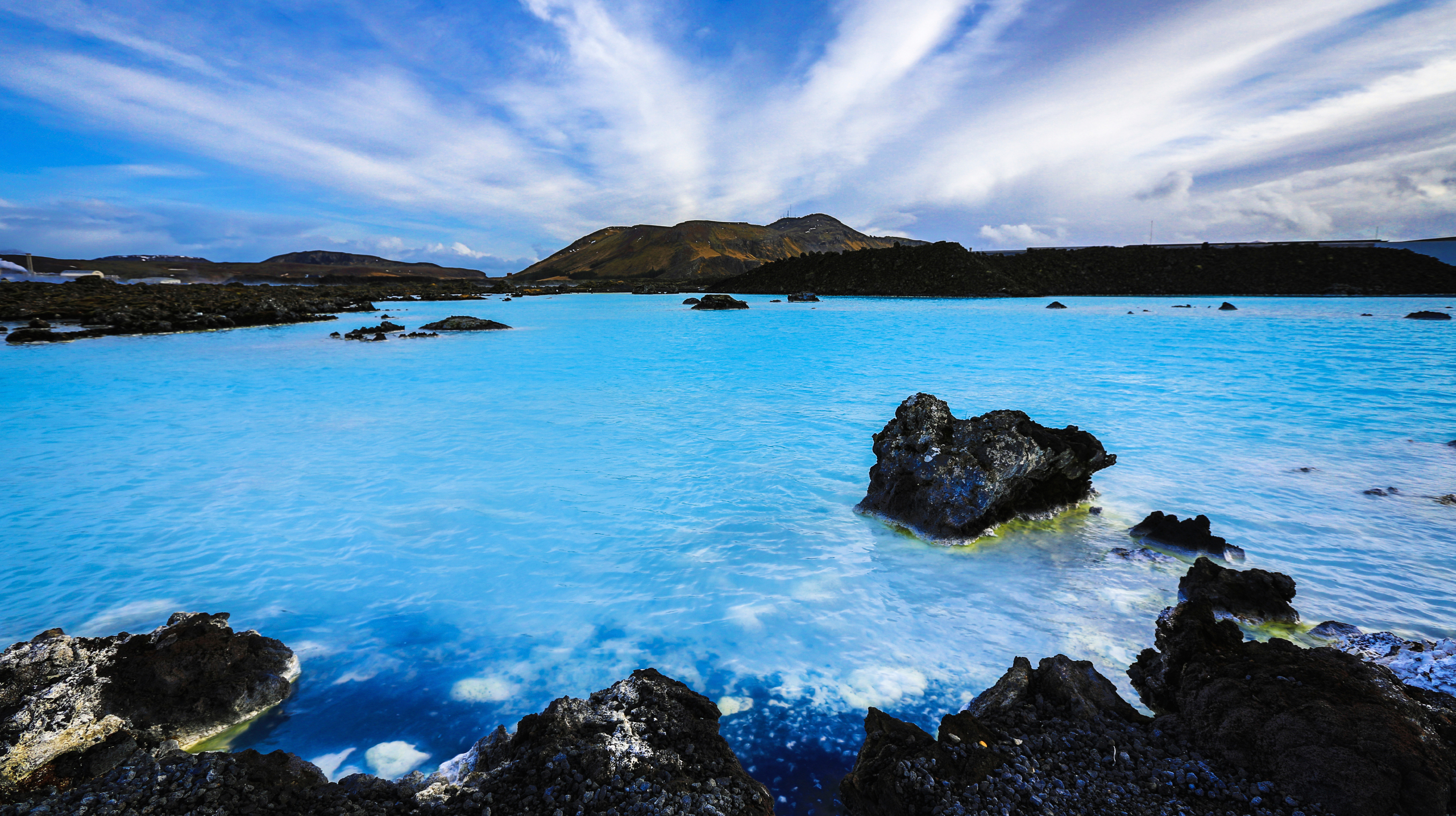 Geothermal pools are no joke in Iceland. Not only does outdoor bathing date back to Viking times, but the geothermal springs also provide hefty amounts of energy – powering several parts of the country. Soak tired muscles after a long hike or simply lounge about and relax. Different pools have different vibes. Some are peaceful and immersed in nature, while others have bars, saunas and other facilities. 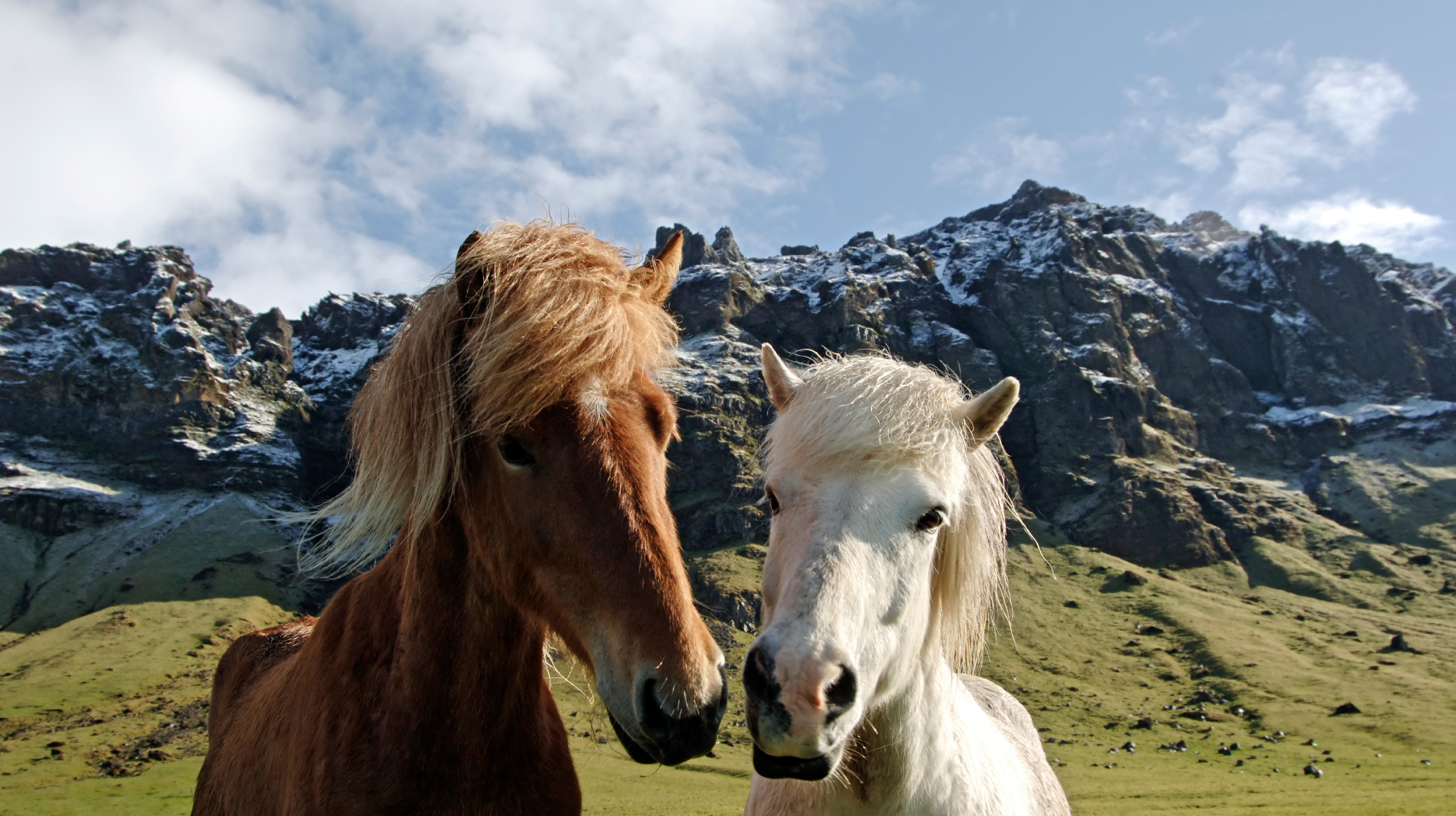 Iceland has its own special breed of horses. While others merely walk, trot and canter (and occasionally, gallop), the horses in Iceland can “tölt”, hitting something called, “flying pace”. The former is an ambling gait (present from birth), which means the horses can effectively look like they’re walking at a range of speeds. The latter is a form of racing in which the horse’s legs move together on the same side, ensuring that at times their hooves make no contact with the ground. 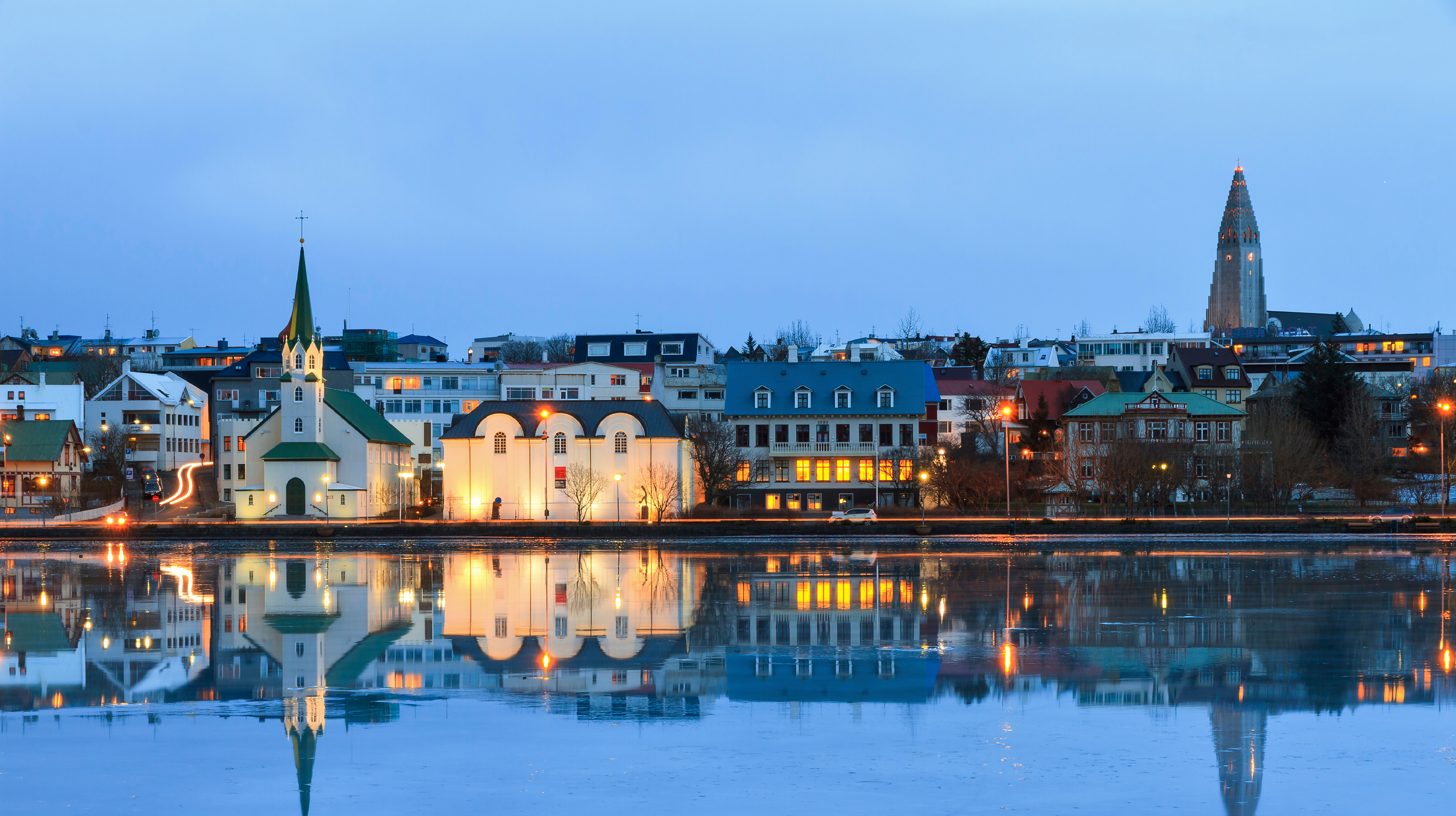 When one first arrives in Reykjavík it’s hard not to chuckle at its size; to many countries Iceland’s capital resembles a town more than a city. And yet, it’s also a place that punches well above its weight in many spheres. Surrounded by dramatic mountain scenery and home to museums, art galleries and restaurants that sit comfortably in Europe’s premier league, there’s been a deluge of trendy travellers making their pilgrimages here in recent years. 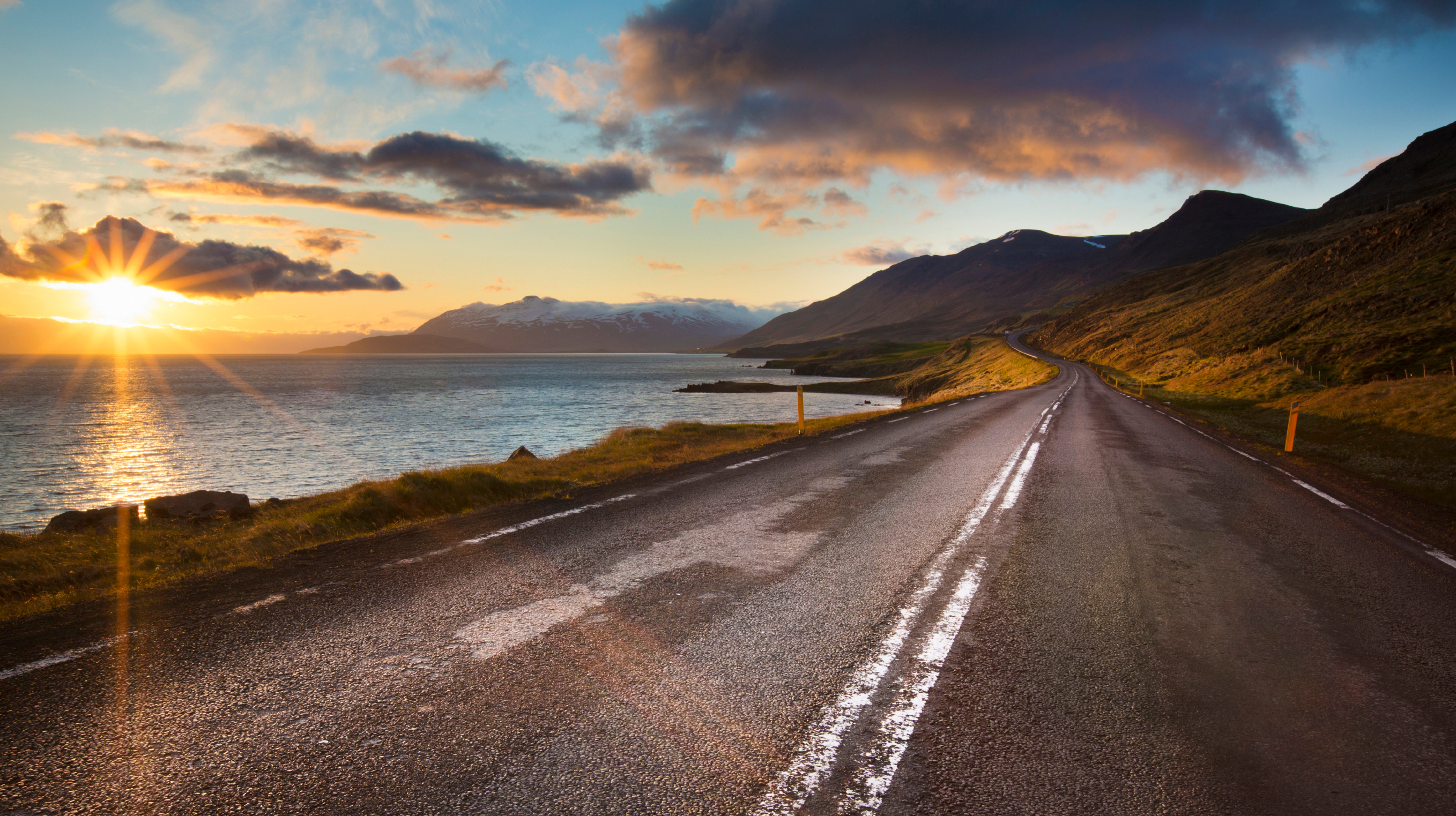 America is usually the first place that leaps to mind when planning a road trip. But, as in many things, Iceland is something of an unsung hero here too. Motor past active volcanoes, icebergs and other geographic wonders by making a big ring around the island on a trip that starts at Reykjavík and makes pit stops at Langaholt and Grundarfjörður in the west, Akureyri in the north, Egilsstaðir and Höfn in the east, and Vik in the south, on a seven day extravaganza that involves roughly 19 hours of driving. 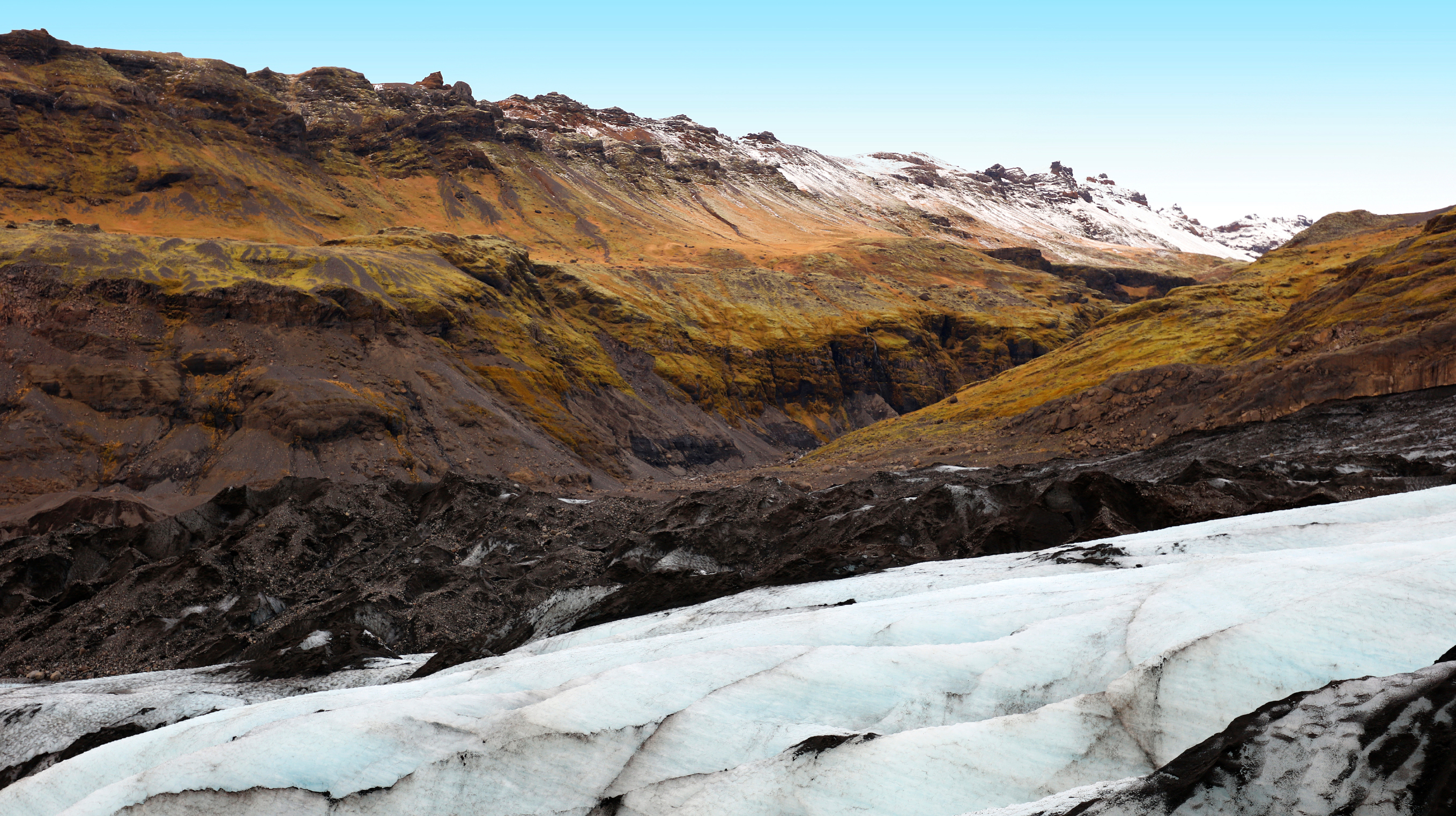 On the face of it, going to see a giant block of ice that moves roughly an inch per year isn’t a very attractive proposition. But the world’s slowest juggernauts also tend to produce some of the most gorgeous scenery in their trail. And since over 10% of Iceland is covered in them, it means most of the country offers glimpses of their exceptional beauty. Some of the most famous are Vatnajökull (this is the largest in Europe), Öræfajökull and Langjökull, in the west of the Icelandic highlands. 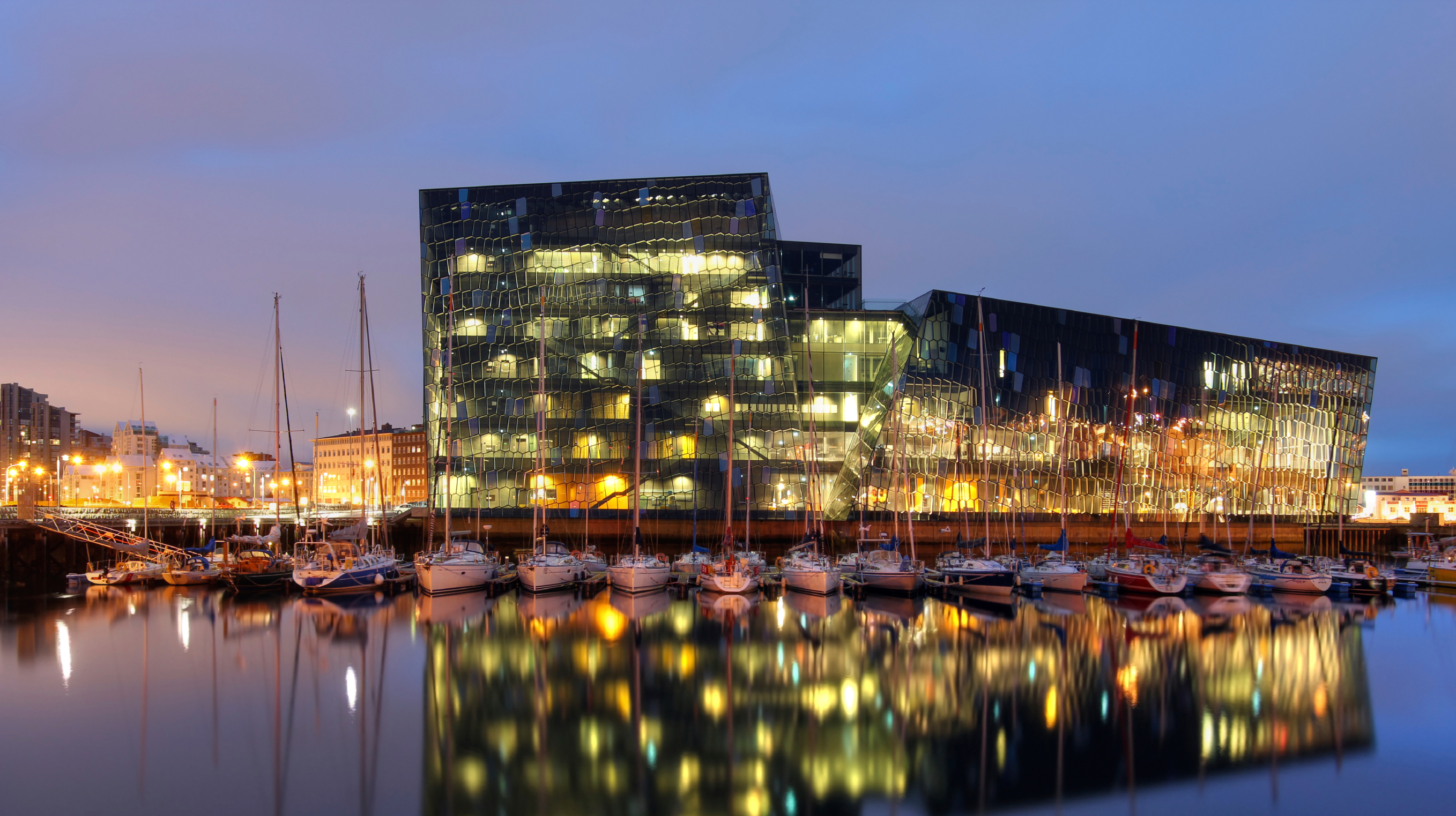 A huge, colorful steel creature that seems so top heavy it might keel over at any second, Harpa Concert Hall has become a symbol of Iceland pulling together in hard times. Originally intended to be a giant development that housed hotels, apartments, malls, restaurants and banks, the financial crisis crippled the idea halfway through the building process. Thankfully, the government stepped in with the cash needed to help get it finished. 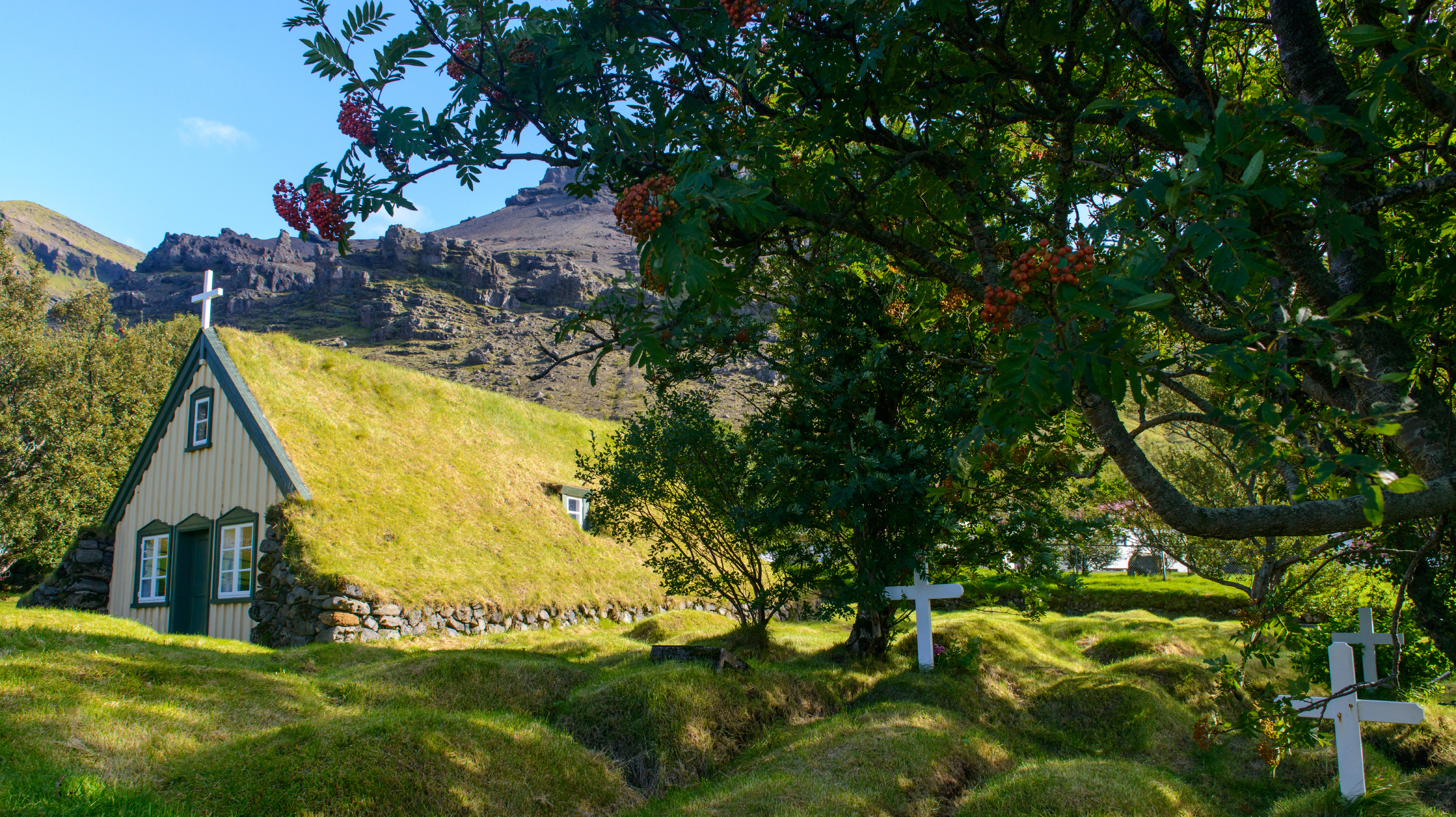 Rising out of the ground like small hills, turf churches are famous for being covered almost entirely in earth and grass. Very few survive from the medieval period but several date back to the 17th century. To experts there are very different styles and materials to discern, but most visitors simply appreciate the heritage and faith that goes into making these wonderfully endearing “kirks”. 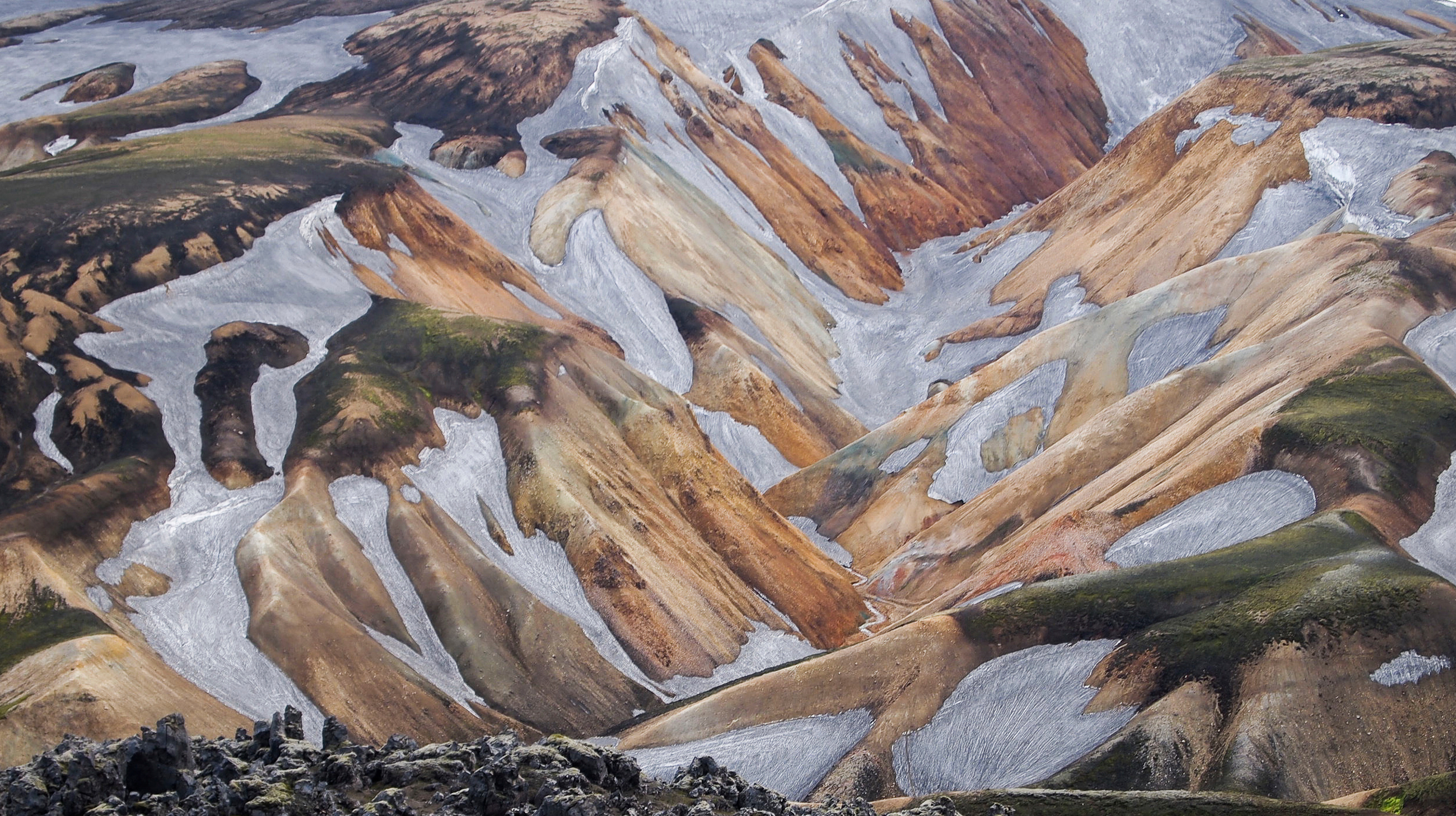 Trekkers on the Lava Field © BjornStefanson/iStock

Located in the Highlands of Iceland, Landmannalaugar’s hot springs and mountains sit on the edge of a 15th century eruption. Popular for its hiking trails, with huts that constitute pit stops, the main attraction is undoubtedly the stark, barren nature of the orange rhyolite mountains and the pool (its multisyllabic name means “farmer’s hot bathing pool”), where hot and cold water mingle in perfection proportions. 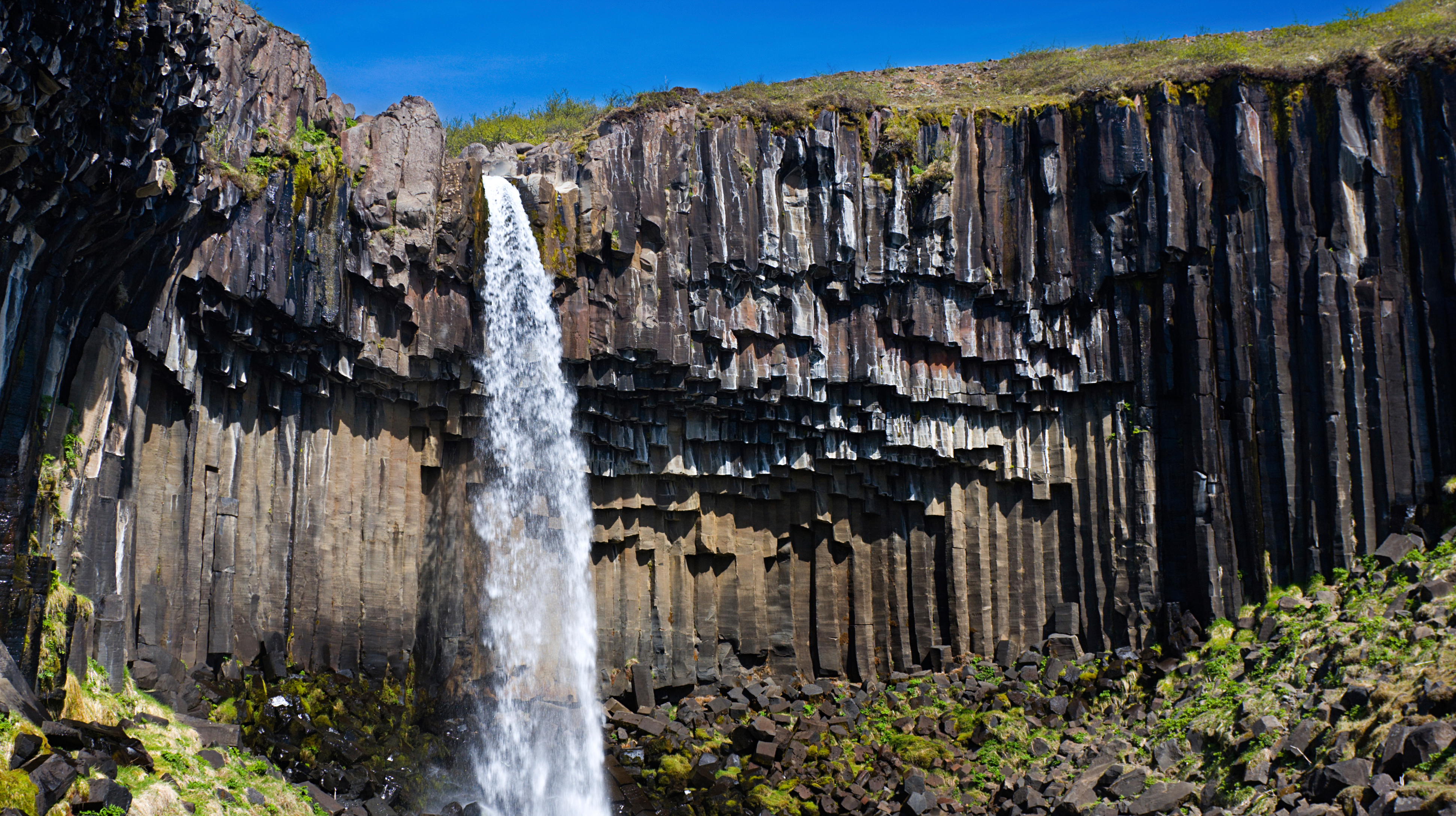 Open all year round, the star of the Vatnajökull National Park is undoubtedly Svartifoss (Black Fall), a 12-meter cascade surrounded by the black basalt formations that give it its name. Almost as impressive are the Hundafoss and Thjofafoss waterfalls that feed it from the west, and finally there’s the rather grand Goðafoss waterfall in the northeast, where the Norse idols were thrown when Iceland decided to go Christian. 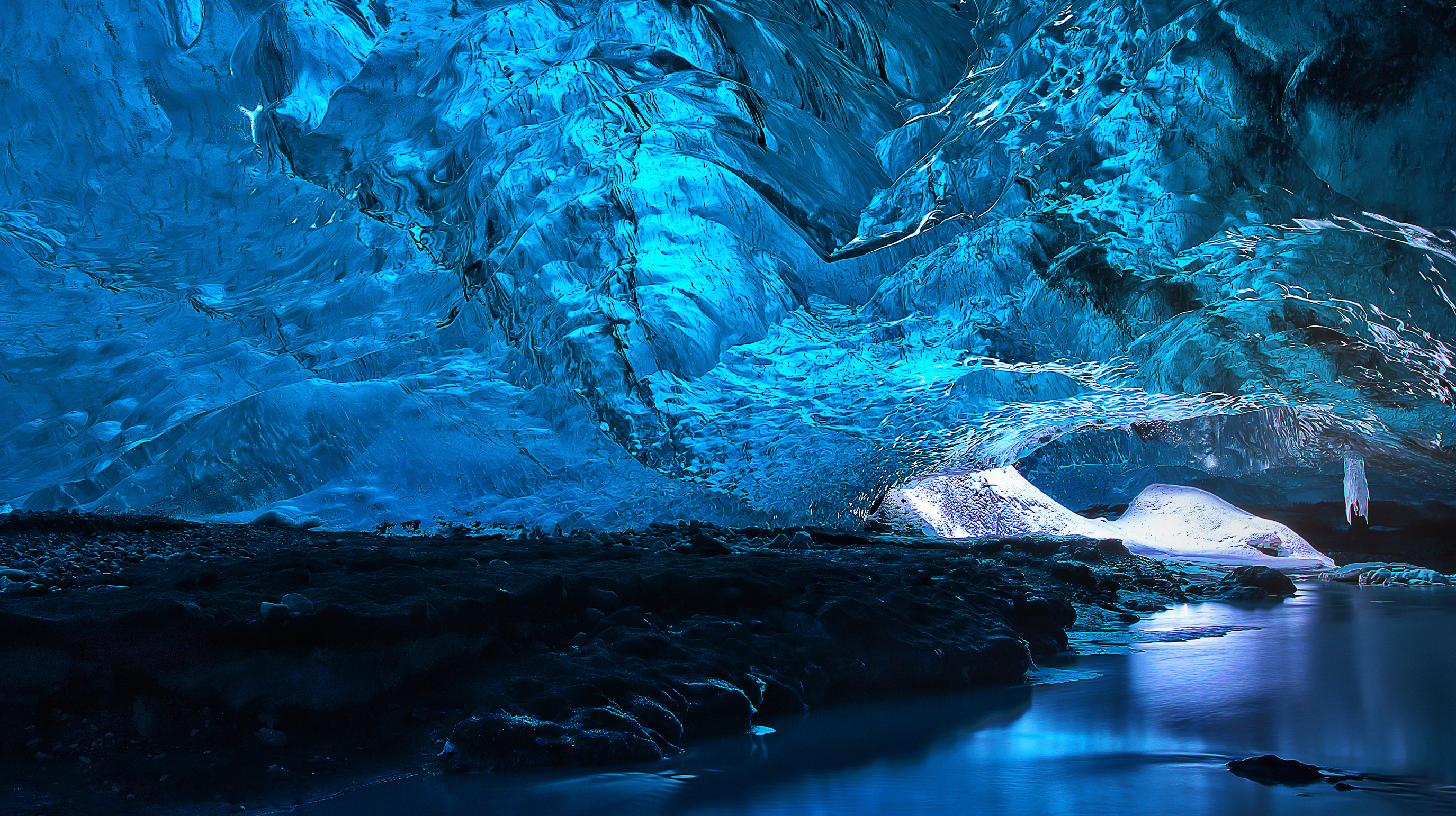 Kaleidoscopes of colors (admittedly usually shades of blue), the caves that lie beneath the immense Vatnajökull glacier are one of nature’s greatest wonders. The whimsically shaped ice holes provide adventurous travellers with access to a dream world of swirls, ripples, waves, teeth and other phantasms – all suspended in motion. But it’s very seasonal: visitors must arrive in winter. Any other time means risking life and limb as the trance-like edifice becomes unstable. 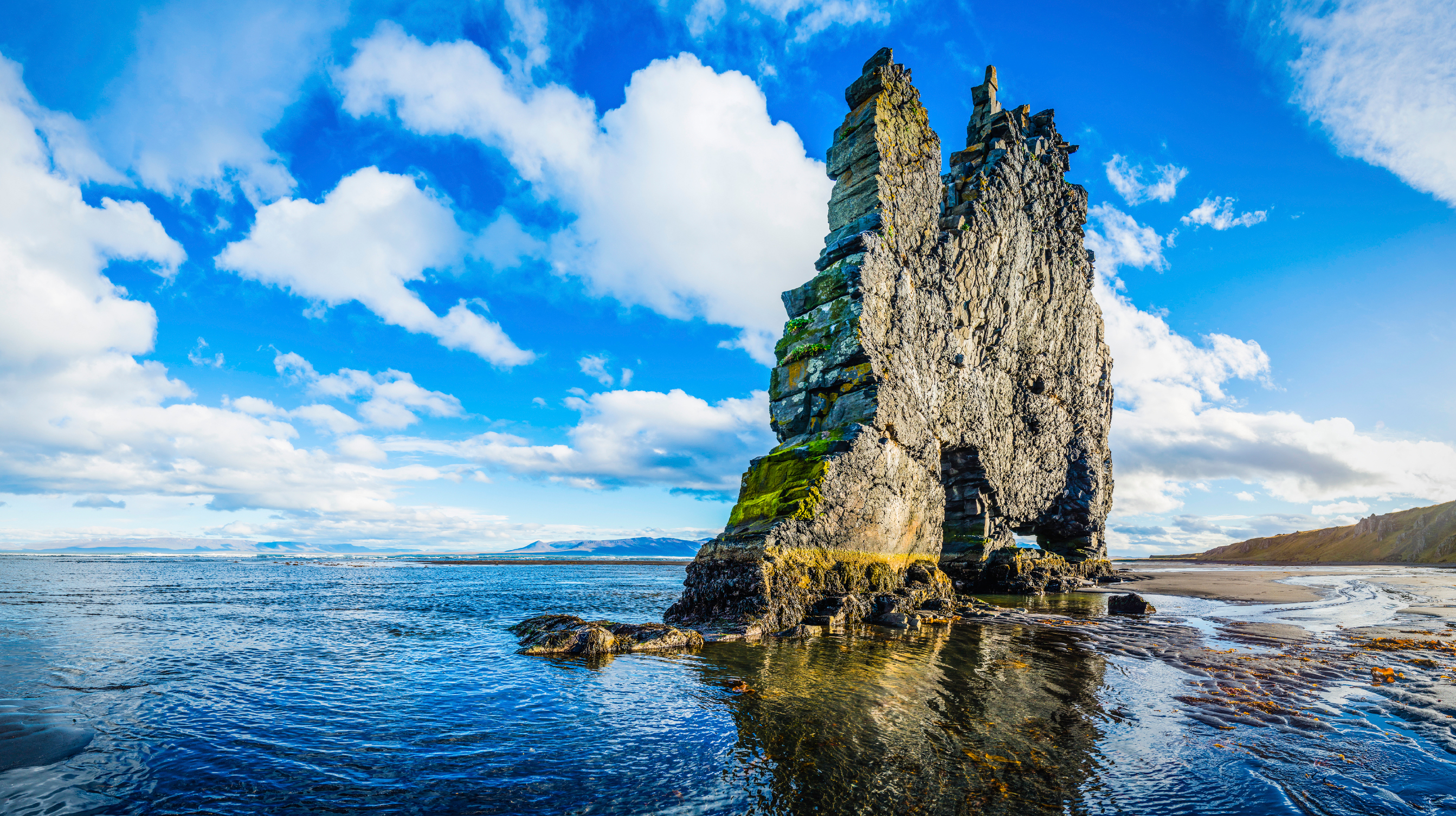 Iceland isn’t often admired for its beaches. And yet, it possesses some of the world’s best. Where else can you sit on a “thermal beach” heated by hot water flowing into the bay (Nauthólsvík) or black sand beaches surrounded by columns of cooled lava (Reynisfjara)? Then there’s six-mile Rauðisandur (Red Sand) beach, which is so challenging to get to, you’ll almost always have it to yourself – even in the height of summer.

When it comes to wildlife, there’s plenty to see in Iceland. The Icelandic horses are world famous – It’s actually illegal to import any foreign breeds – and while reindeer aren’t actually indigenous, thousands of them now roam wild on the east of the island. And in the freezing waters of the North Atlantic and Arctic Oceans, whales and dolphins can be spotted, as can puffins on little islands of Lundey and Akurey in Reykjavík Bay.

If these photos have convinced you of the reasons to visit Iceland, take a look at the Natural Wonders Of Iceland journey with Insight Vacations.

Insight Vacations
April 13, 2016
Previous
Insights from Frequent Flyers Yves & Cathy Bousquet
Next
Follow in the Footsteps of the Duke and Duchess of Cambridge
You might also like