A Guide to the Croatian Coastline

A Guide to the Croatian Coastline

With a sprinkling of idyllic islands, an almost constant lining of hazy beaches and a freckling of historic ports glistening with the cool, clean waters of the Adriatic, the Croatian coastline has stolen the hearts of many intrepid travelers. From the Premantura peninsula, home to the protected landscape of the Cape of Kamenjak, to the slender peninsula of Pelješac and its abundant vineyards, great swathes of Croatian coastline remain uniquely local and largely off the tourist track. Join us as we discover Croatia’s captivating coastal cities and sites, and celebrate the natural beauty and rich heritage of this enchanting country.

Opatija, located southwest of Rijeka, was perhaps more famous in the past than it is today. Renowned as the playground of minor royals and health resort enthusiasts who wanted a piece of its annual average of 2,230 hours sunshine and high-mineral seawater, its trees, mansions and streets are strongly reminiscent of Lake Como, Lake Garda or Lucerne. For those seeking a more casual seaside retreat, the neighboring village of Volosko possesses a charming waterfront with some of the best seafood restaurants around.

To its west, slicing across the pine-strewn countryside, is the charming town of Rovinj. Crowned by St Euphemia – who tops the Venetian bell-tower of her church, Crkva Sv Eufemije – the elliptical old town has long been an artist’s retreat, and with its terracotta-tiled houses, wide harbor, cobbled streets and cool piazzas, it’s easy to see why. Perhaps one of the last surviving traditional Mediterranean ports, fishermen still haul in their catch here as the sun rises and the eateries fill as its orb falls behind the nearby archipelago, the most popular island of which is undoubtedly Crveni Otok (Red Island), a 15-minute sail from the town center. 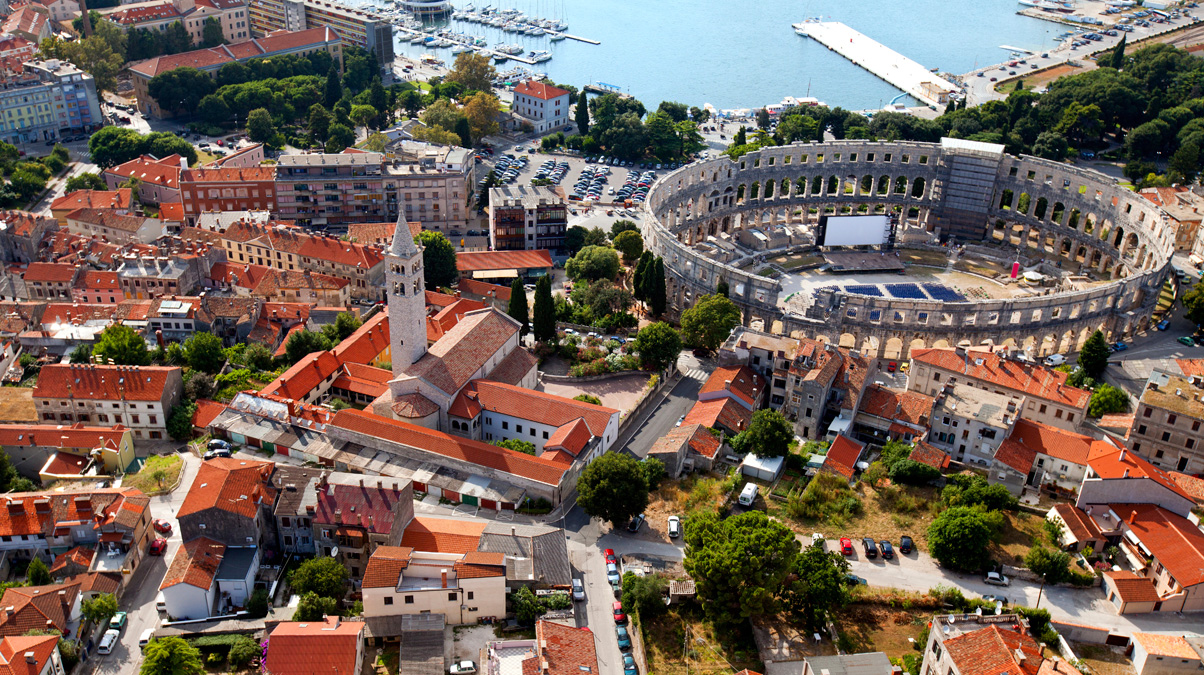 Roughly 20 miles south of Rovinj, Pula is littered with relics and ruins that stretch back to pre-Roman antiquity, though it’s perhaps best known for its amphitheater – the only one in the world to have four side towers and all three architectural orders preserved intact. Today, Rovinj is famous for having been one of James Joyce’s favorite haunts, as well as for the stunning Premantura peninsula, home the spectacular natural surroundings of the Cape of Kamenjak. 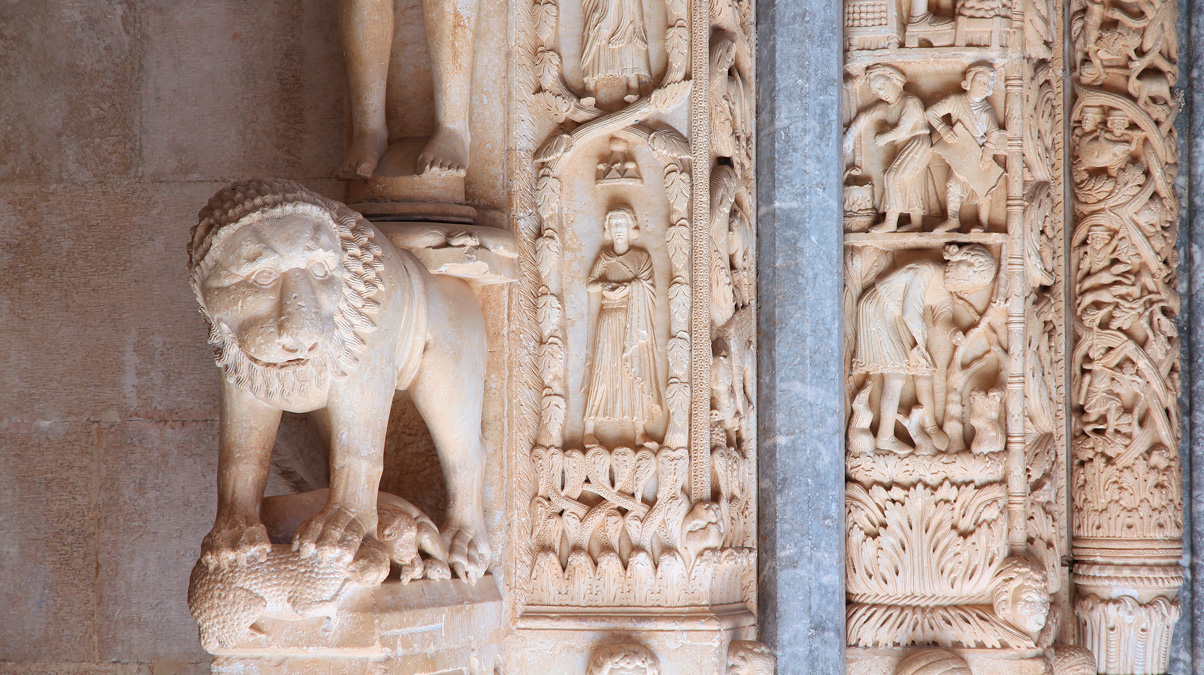 Down at the other end of the country, Trogir is technically an island, albeit one connected to the mainland by a bridge. Often touted as the best-preserved circuit of Gothic-Romanesque architecture in the world, there are ultimately two must-sees in this town, both around Narodni Trg (‘The People’s Square’). The first is Čipko Palace, a Venetian masterpiece, and the second is the 14th century Romanesque cathedral, a tour de force that took so long to complete that several architects ended up contributing to its design. 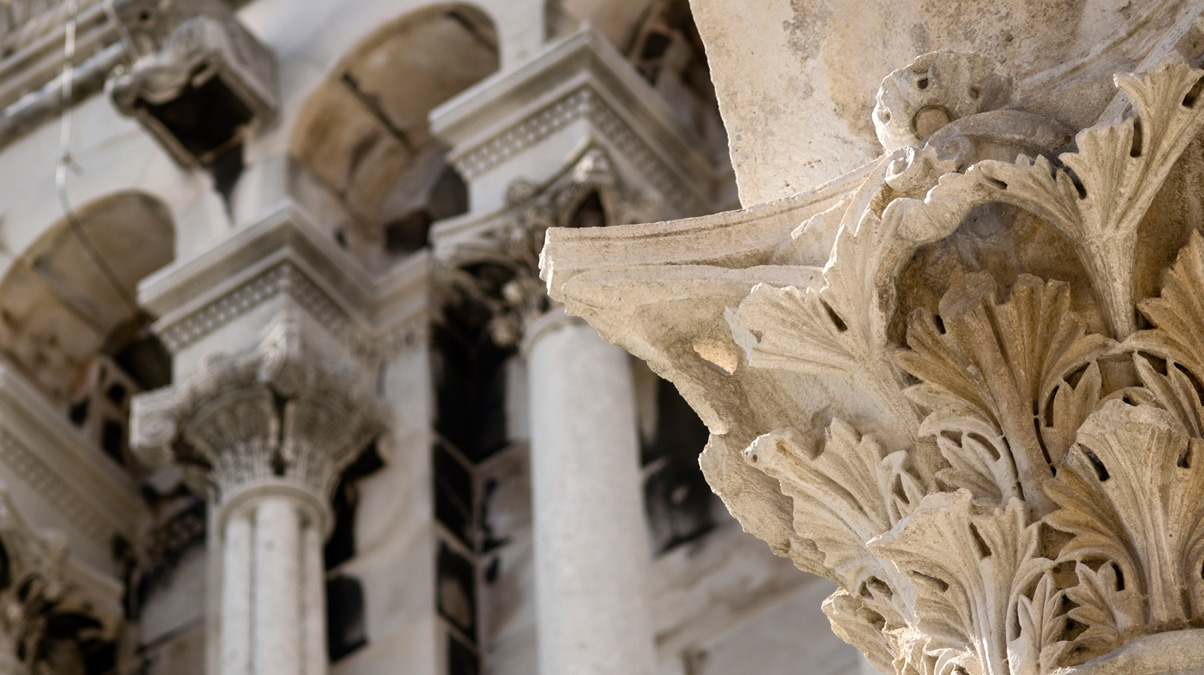 The gateway to the Balkans, our tour of the Croatian coastline would not be complete without stopping off in Split. Ever since antiquity, Spilt has been synonymous with the Roman emperor Diocletian, whose palace attracts visitors from around the world. Wander through its peristyle, gaze at the Parthenon-esque vestibule or head to the East Wing, where many episodes of the television series Game of Thrones have been filmed, and absorb a world of Adriatic luxury. 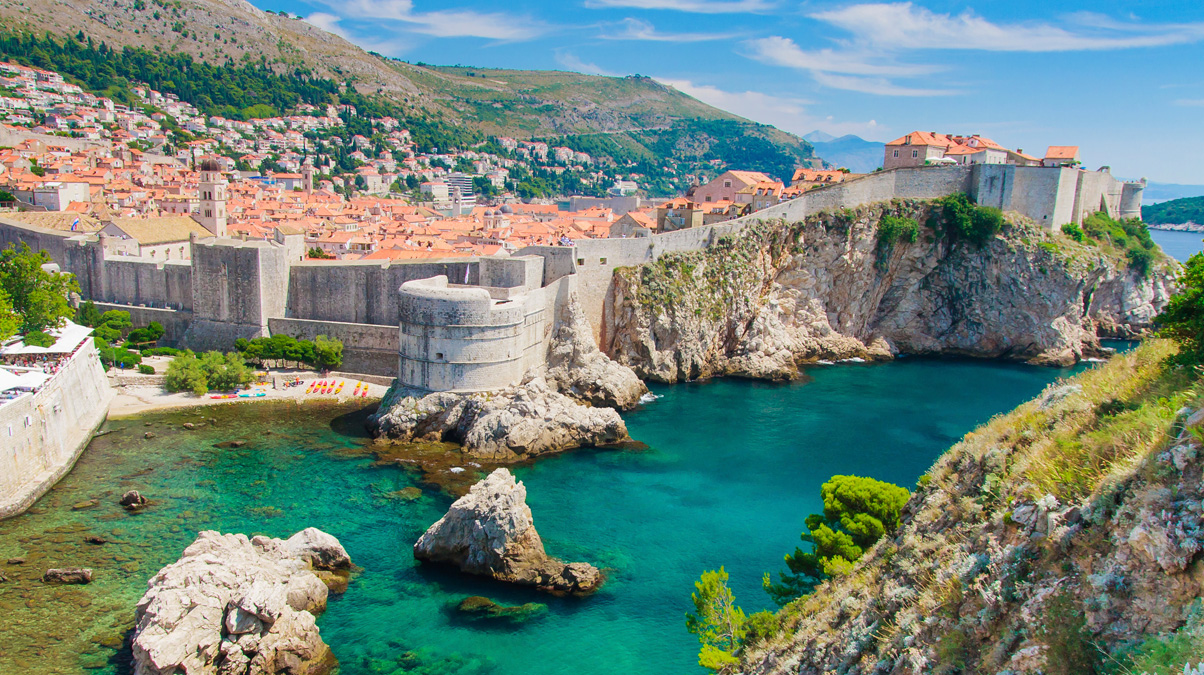 Finally, no mention of Game of Thrones and Croatia could exist without referencing Dubrovnik, which is often used for parts of ‘King’s Landing’. A vast sun-bleached fortification, many a visitor will rejoice upon sight of Onofrio’s Fountain, where 16 ornamental masks gush fresh water from a well 10 miles away, or the Rector’s Palace, which despite the passage of time and its conversion into the Cultural History Museum, has retained its 15th century plan. As the sun sinks below the horizon, set out on a cruise on Dubrovnik’s tranquil harbor to complete your tour of Croatia’s most scenic coastal spots.

If sun, sea, sand and a big dose of Croatian culture have motivated you to plan a vacation, consider the Country Roads of Croatia journey this summer.

Insight Vacations
May 23, 2016
Previous
Seven of the Most Beautiful Beaches in Greece
Next
Eight Reasons Why Traveling Makes You Happy
You might also like