An Essential Guide to Australian Cuisine 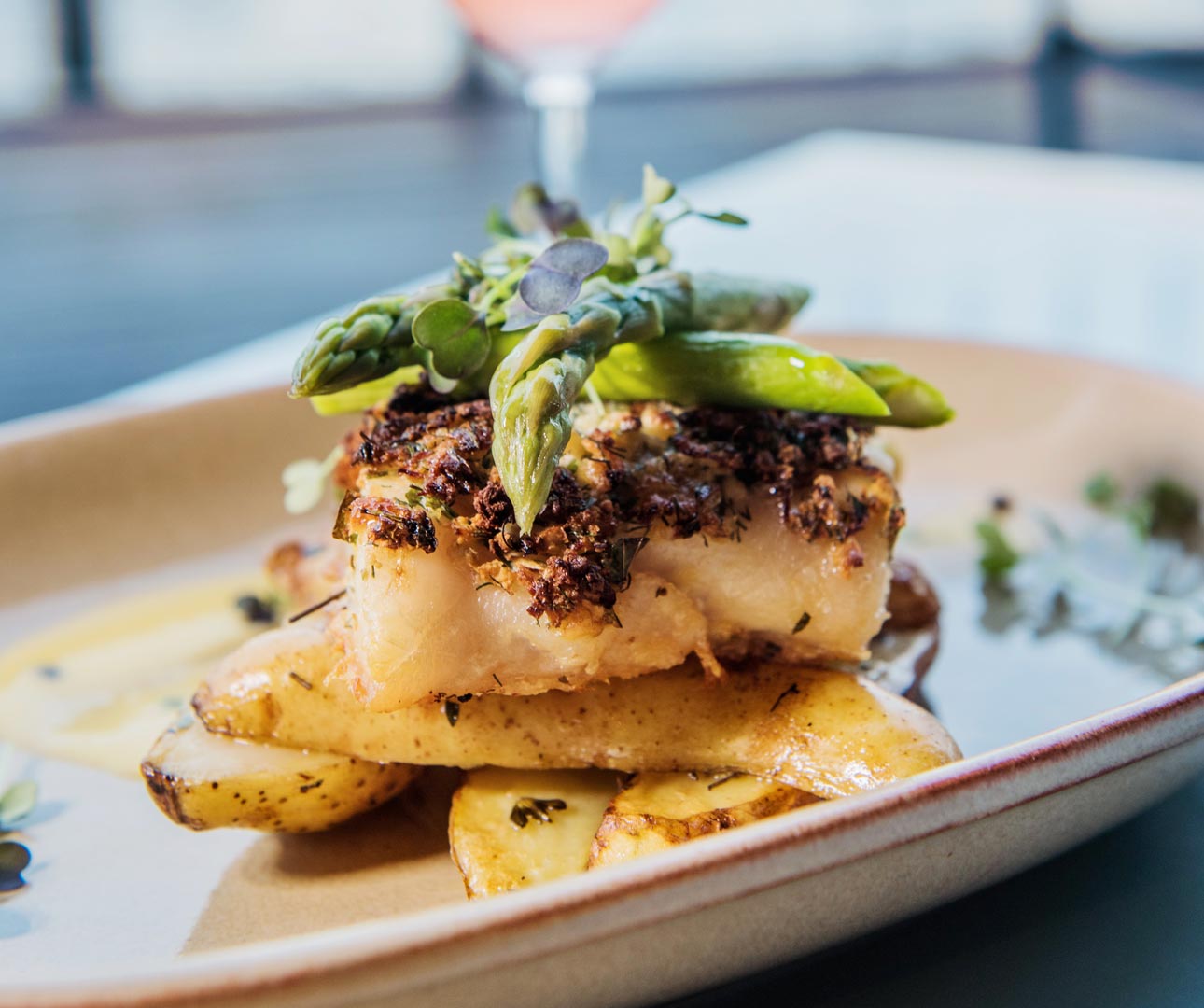 An Essential Guide to Australian Cuisine

Australia may be famous for its love of a good “barbie”, but in a land as diverse as this, a continent where you can travel from the scorching heat of the outback to the misty hills of the Blue Mountains and everywhere in between, it would be madness to reduce Australian cuisine to a few smoking coals. When the first British settlers arrived in Australia in the 1700s, they were slow to adapt to the riches of this vast and varied country, preferring to survive on a bland diet of bread and salt-preserved meat rather than embrace the nutritious bush tucker diet of the native Aboriginal communities. By the 19th century, however, agriculture was booming, and with the expansion of the railways came a wider distribution of homegrown produce. When the Gold Rush hit, local cuisine was given another boost with the addition of the fragrant aromas and flavors of Asian cuisine, as prospectors from China arrived to try their luck in the quarries. Today, Australia is home to people from all over the world, many of whom have introduced their own native country’s culinary heritage to this vast melting pot of cuisines. If you’re planning a trip to Australia, these are just a few of the foods you’re likely to find on your dinner table.

As the gateway to the Great Barrier Reef and surrounded by national parks, Cairns is famous for its spectacular natural scenery. But this area isn’t just pleasing to the eye. Cairns champions modern Australian cuisine, and is best known for its fantastic seafood. Look out for Tha Fish, which serves up a mouth-watering array of dishes including spanner crab bruschetta with avocado and lime, as well as its signature Tha Fish Marinara with squid ink fettuccine and preserved lemon gremolata. Seafood lovers should also book a table at Boatshed, which overlooks the city’s Trinity Inlet. This is a great place to try an Australian seafood specialty, Morton Bay Bugs, also known as flathead lobster, which is a kind of shellfish found in the Indian and Pacific oceans. Here they are served simply, chargrilled with garlic, lemon, and olive oil and are truly delicious. 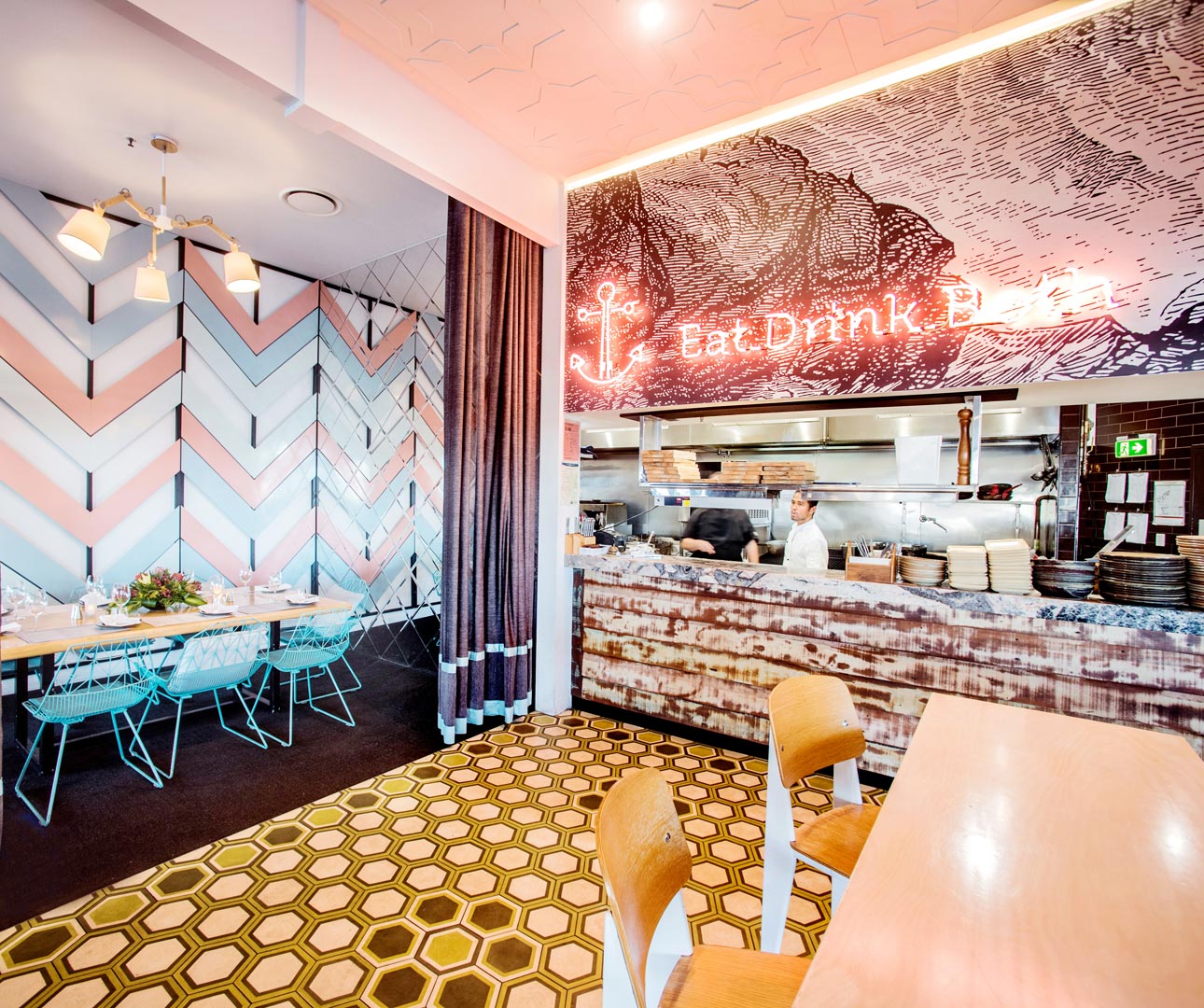 Primarily known as a wine-producing region, the Hunter Valley is also the place to find locally grown produce and rustic farm to table dining. This verdant, undulating landscape is home to nationally renowned restaurants that focus on seasonal Hunter Valley ingredients, often gathered from their own gardens. The Sebel Kirkton Park champions ‘Locavore Dining,’ keeping its environmental footprint as light as possible by producing sensational dishes from ingredients that are grown close to hand. Located at Keith Tulloch winery, Muse has its own vegetable patches, the fruits of which appear on the restaurant’s menu. Tuck into confit duck leg from nearby Redgate Farm, flavored with carrot and juniper, followed by an aromatic dessert of orange frangipane, roasted pear and thyme. With its one–acre kitchen garden, orchard, olive trees, bee hives and free-range chickens and lambs, Margan is almost entirely self-sufficient, and where it does need to order in extra produce, it works with regional suppliers to produce dishes that are as local as possible.

Perhaps a hangover from its British beginnings, the meat pie is an Australian culinary institution. Spend a bit of time in the Blue Mountains and you’ll soon realize that each of the area’s small-town bakery takes its pies very seriously indeed. The typical meat pie is roughly hand-sized and usually filled with mince or diced meat, sometimes with the addition of gravy and vegetables and is eaten as a snack or light lunch. Mountain High Pies in Wentworth Falls is famous for its pies, and there’s a staggering array of fresh bakes to choose from, whether it’s the hearty breakfast pie – a mix of sausage, bacon, homemade baked beans, chorizo and a soft poached egg, topped with hollandaise sauce – or a vegetarian or sweet option. The charming Hominy Bakery in Katoomba is known for two things: its traditionally made sourdough and its delectable pies, which are certainly worth a detour. 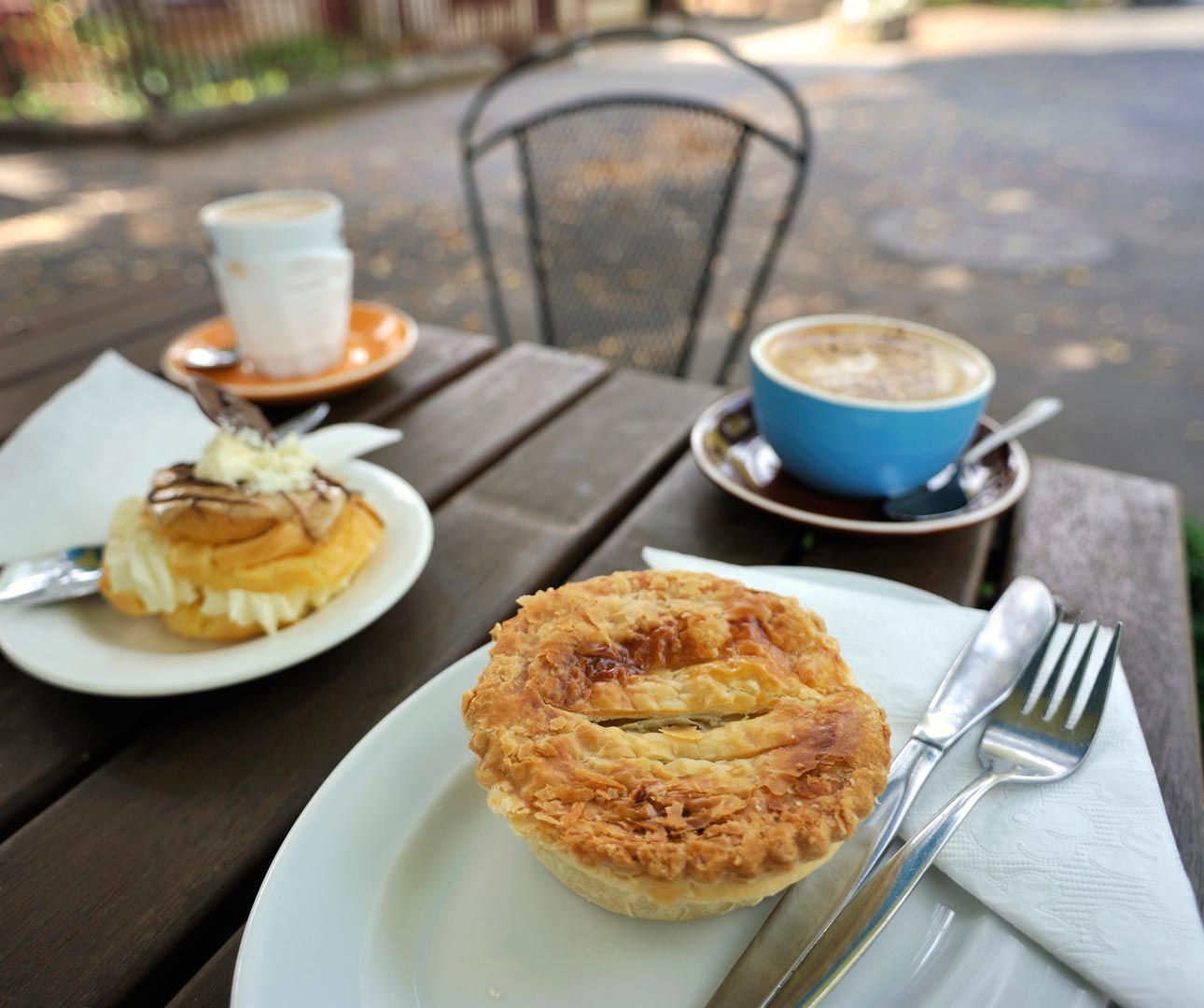 Known both as Uluru and Ayers Rock, this world-famous sandstone rock is a sacred and ancient formation. This is a great place to learn about and sample some Australian bush tucker. At Ayers Rock Resort, discover how Indigenous peoples have lived off native flora and fauna for hundreds of years and sample bush foods like quandong, a round red fruit, or if you’re feeling adventurous, witchetty grubs, the moth larvae that’s typically found in central Australia. There’s also the chance to take part in cooking demonstrations that show visitors how to prepare the foods according to traditional Aboriginal methods. 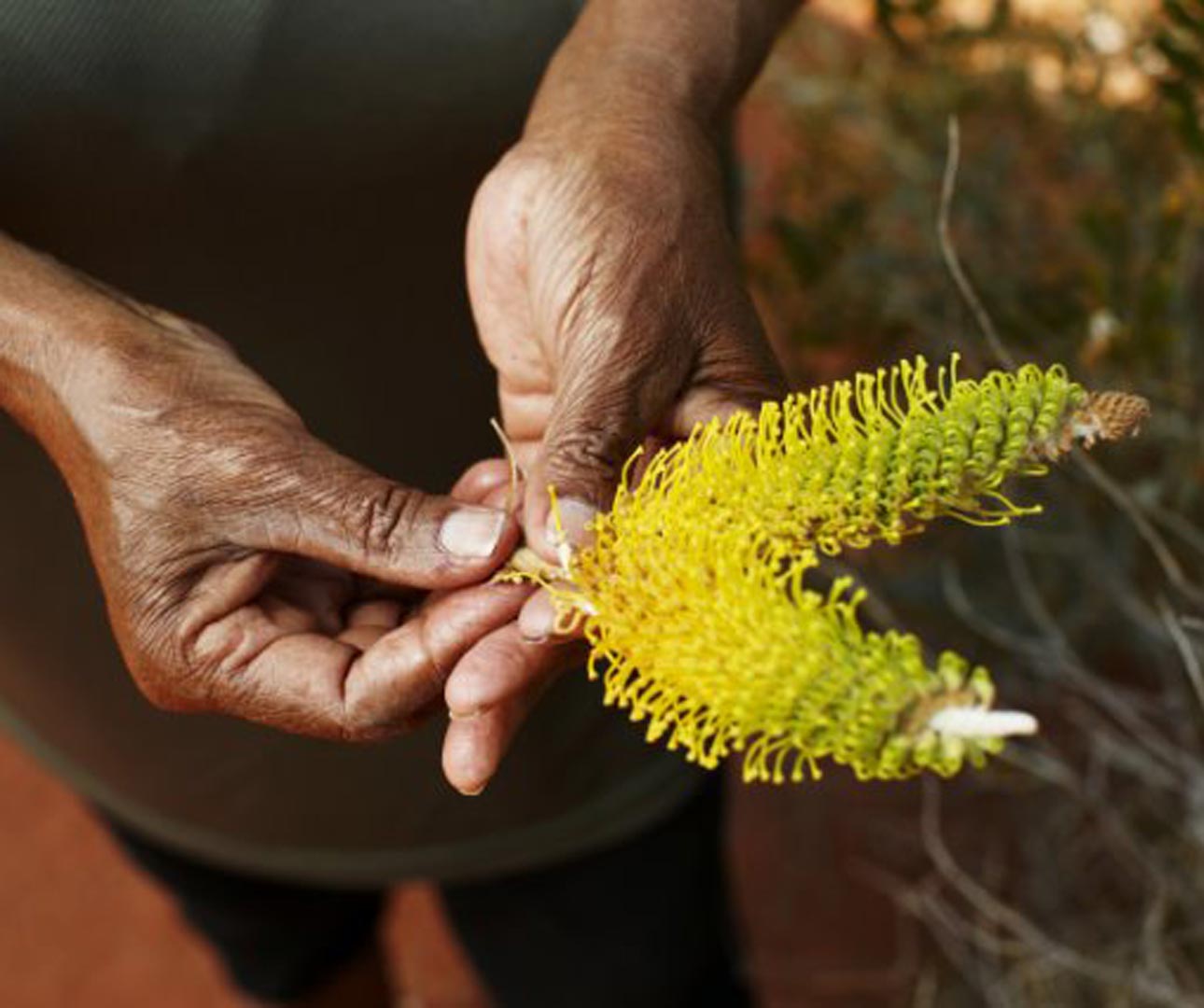 Given the country’s good weather and love of outdoor activities, al fresco dining is popular across Australia. However, it’s particularly wonderful amongst the setting of Kings Canyon, a canyon that’s been formed over 400 million years and is a hotspot for wild animals and plant life. ‘Under a Desert Moon’ at the Kings Canyon Resort involves an unforgettable dinner under the stars, illuminated by a roaring fire pit. Guests are served five courses which incorporate seasonal, local produce alongside native plants and herbs. 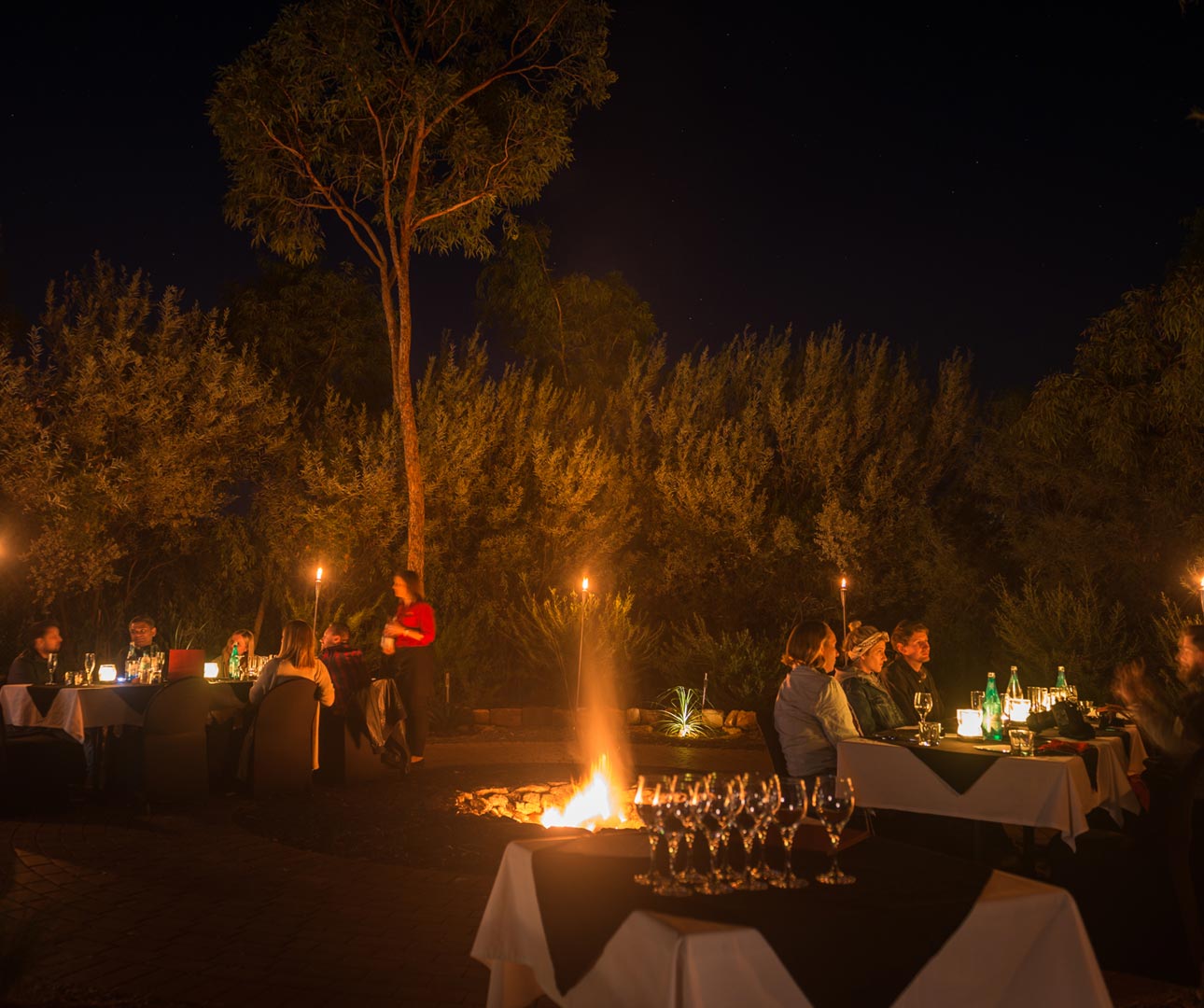 Sydney is one of Australia’s premier gastronomic destinations. The city’s culinary scene is world class, but there’s one meal in particular that locals take very seriously: brunch (hardly surprising when you consider that the flat white is an Australian creation). Brunch in Sydney is a piously observed weekly ritual, and there are plenty of amazing eateries dedicated to the city’s favorite mid-morning meal. From baked eggs to waffles to Vietnamese pancakes, Sydney offers an extraordinary variety of brunch options. Purists should order the ricotta hotcakes at Harry’s in Bondi, which come topped with seasonal berries, organic maple and double cream, or the Butcher’s Breakfast of grilled tomato, duck and orange sausage, confit mushrooms, fried eggs, ‘Nduja and bacon at The Butcher and the Farmer, a light and modern space with a strong farm-to-table ethos. 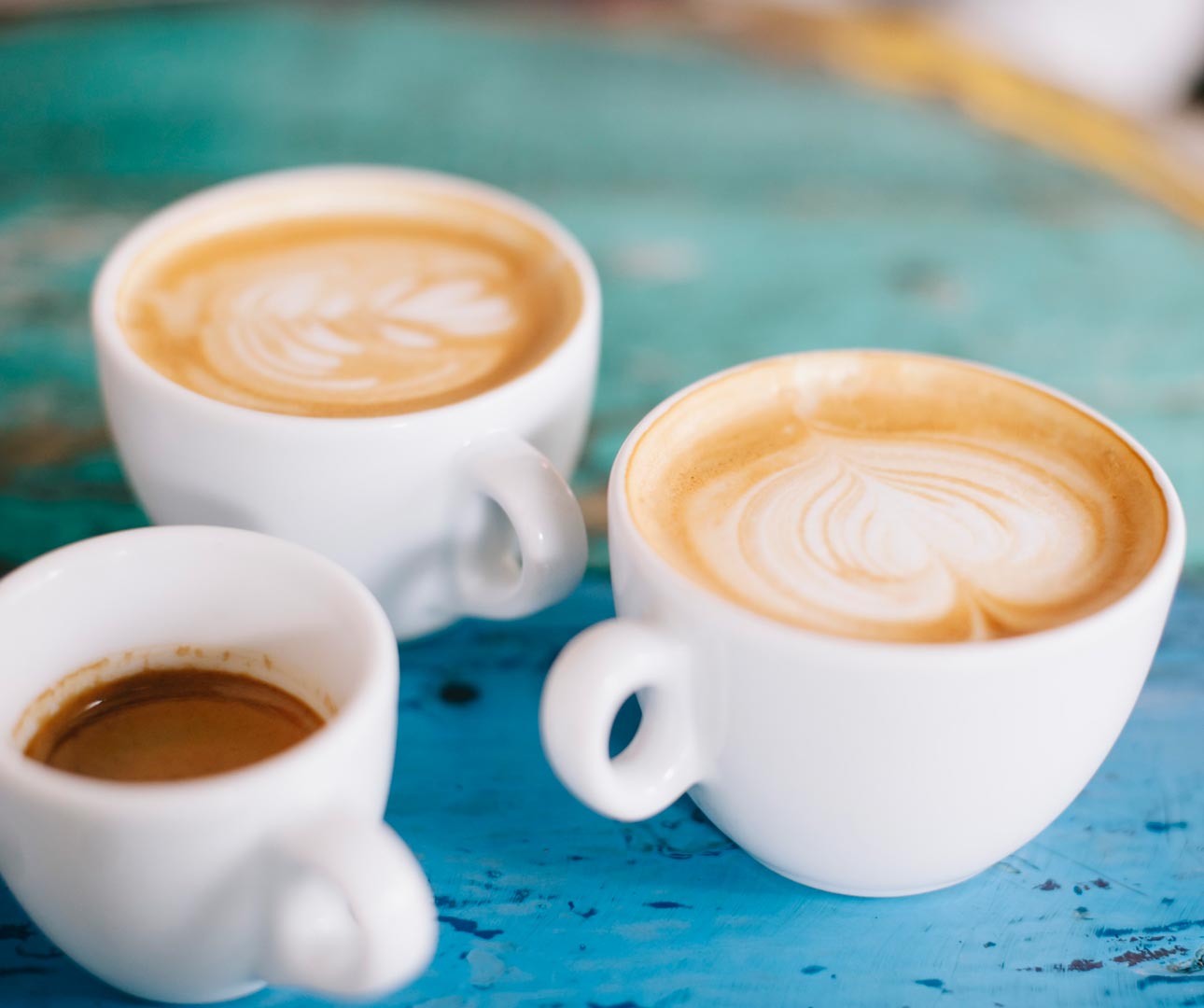 If you’d love to try the local seafood in Cairns, or learn how to cook authentic bush tucker, book a place on the Inspiring Australia journey.

Insight Vacations
August 23, 2017
Previous
The Great Clans of Scotland
Next
Everything You Need to Know About Prosecco
You might also like