The origins of April Fool’s Day aren’t clear. It seems to date back to the 16th century, according to different accounts. In 1508, French poet Eloy D’Amerval referred to “poisson d’avril”, which is what the French call April Fools’ and may be an account of the celebrations in France. Some scholars have suggested that the vernal equinox was celebrated on April 1, which would mean that some friendly tricks on this day may have originated in some ancient festival.

Others say that it was a joke around the switch to the Gregorian calendar in the 16th century when the traditions once surrounding April 1 had moved to January 1, and anyone still observing the old calendar was made a fool of.

Now, many countries have their own traditions around the holiday. It is widely celebrated across the world and even big brands and media usually get in on the pranking for one day only. A good prank is always appreciated, especially during these challenging times.

If you’re a fan of the fools’ day, you may be interested in taking your vacation to join the funny festivities elsewhere next year, so we’ve taken a look at some of the unusual ways April Fools’ Day is celebrated in various countries across the globe. 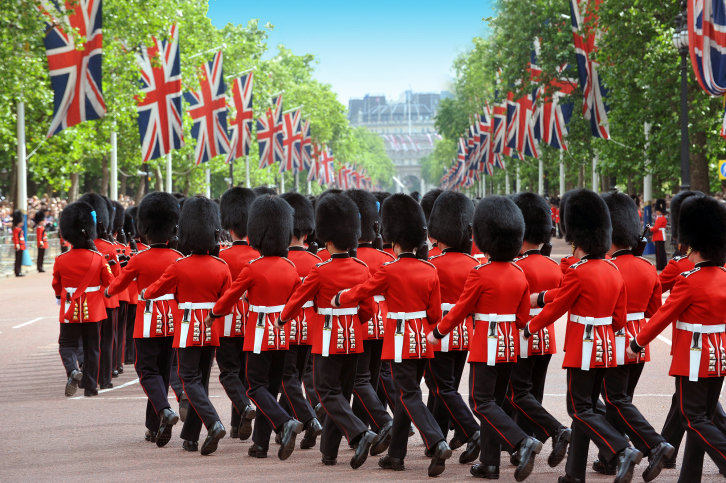 The people of England are known for their great wit, with many playwrights, authors and comedic actors calling the country home. However, you’d better be up early on April 1, as jokes can only be played before noon.

The media have often got in on the act for April Fools’ Day in the U.K. In 1957, the broadcaster BBC reported a record spaghetti crop in Switzerland, even showing Swiss workers pulling noodles from the trees.

Twenty years later, the Guardian newspaper managed to pull the wool over people eyes with an entire seven-page supplement covering the fictional San Seriffe republic in the Indian Ocean. Hundreds of people called the newspaper wanting to know more about the idyllic island country. 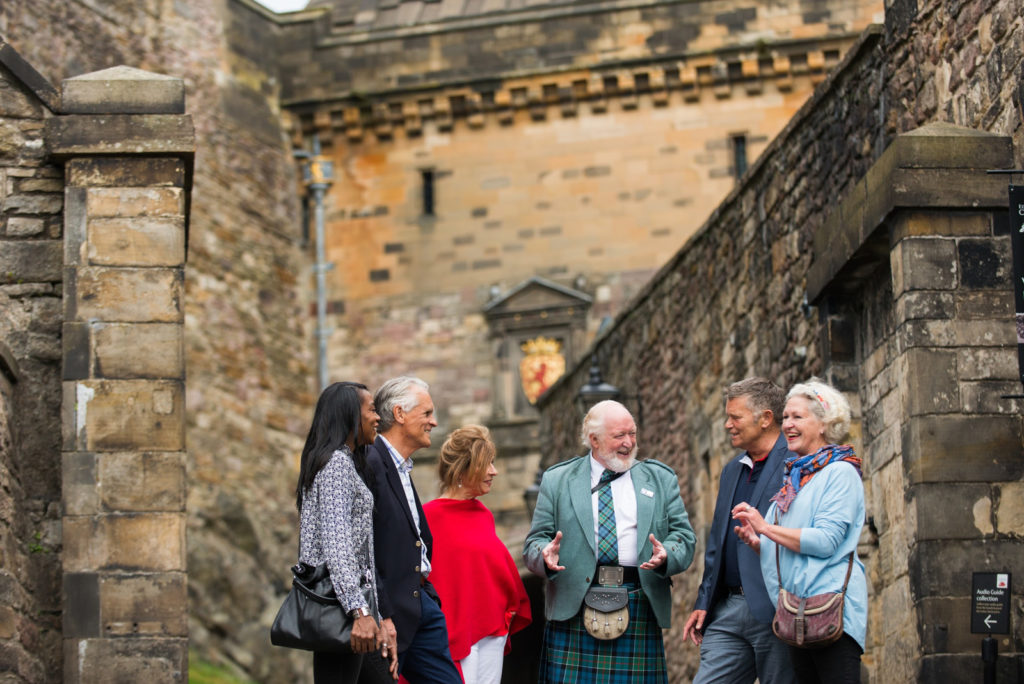 North of the border, the Scots had two days where they would play jokes on their friends and neighbors. They used to call April 1 Huntigowk day, where gowk meant foolish person. The gowk would be handed a sealed message to bring to someone, that read “Dinna laugh, dinna smile, hunt the gowk another mile.”  This meant the person should tell the gowk to deliver another sealed message to someone else, which read the same. This would continue until the gowk realized there was no message at all and he had been tricked. The following day was called Tailie day, where tails would be pinned on people’s backs for a joke. You know when you see “kick me” stuck to someone’s back? That can be traced back to Tailie day.

Experience the warmth and wit of the British on Insight Vacations’ Best of Britain tour. 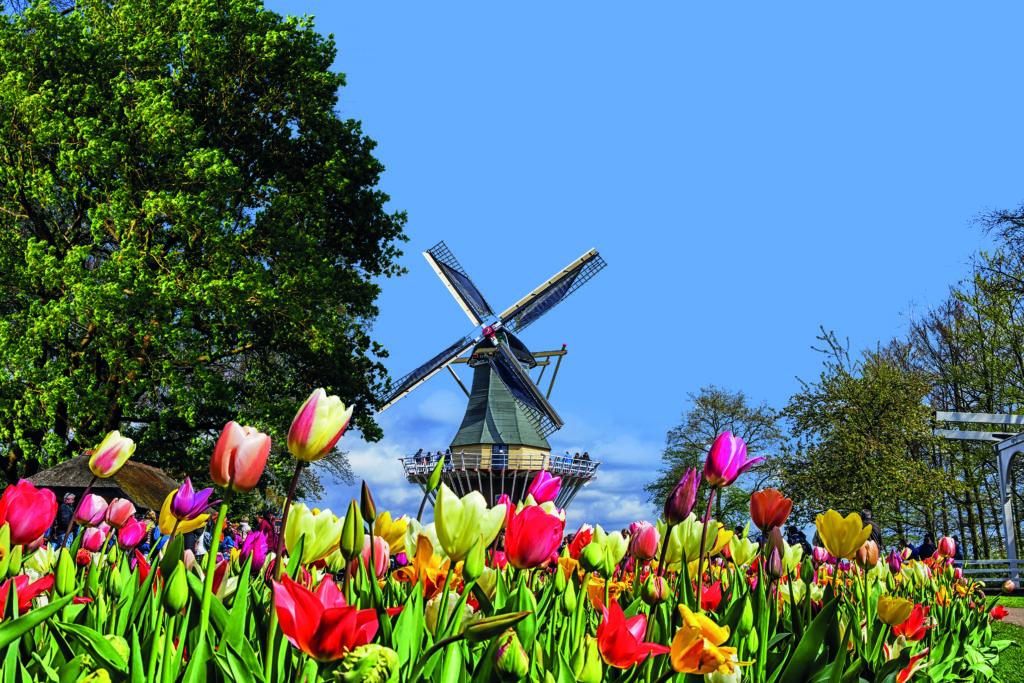 Dutch people like to play jokes on April 1, but they also have a commemoration of seizing the town of Den Briel from the Spanish on this day in 1572. Until that time, the Netherlands was under Spanish rule, but this event pushed forward an uprising which drove them to their independence.

The commander in charge of troops at Den Briel was the Duke of Alba, so they like to say “Alba lost his glasses,” as the Dutch word for glasses is “Bril”. It’s a little in-joke for the Dutch, but now guests on the Country Roads of Belgium, Luxembourg & the Netherlands will know why. 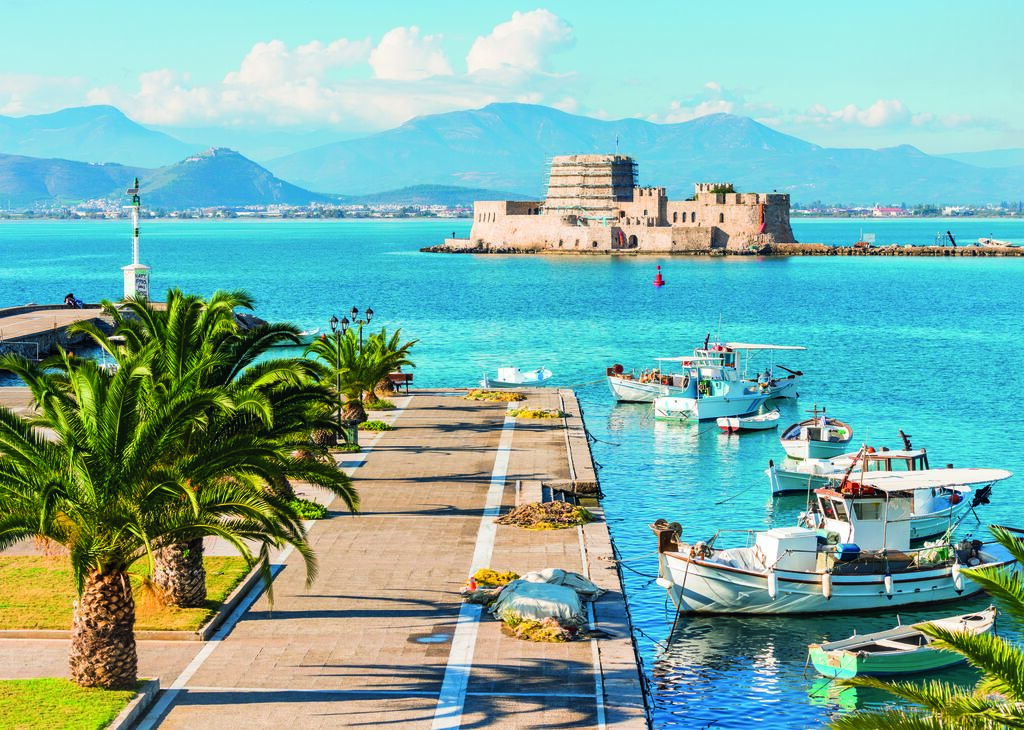 In Greece, there’s a superstition around pranking people on April 1. They believe that if you successfully play a trick on someone, that it will bring you good luck for the rest of the year. Those in farming communities believe that a couple of good pranks will bring a bountiful harvest that year, and others even think that the rain has healing properties on the first day of April.

So, dancing in the rain on April 1 in Greece will be completely normal to onlookers.

See the Glories of Greece on our smaller group tour 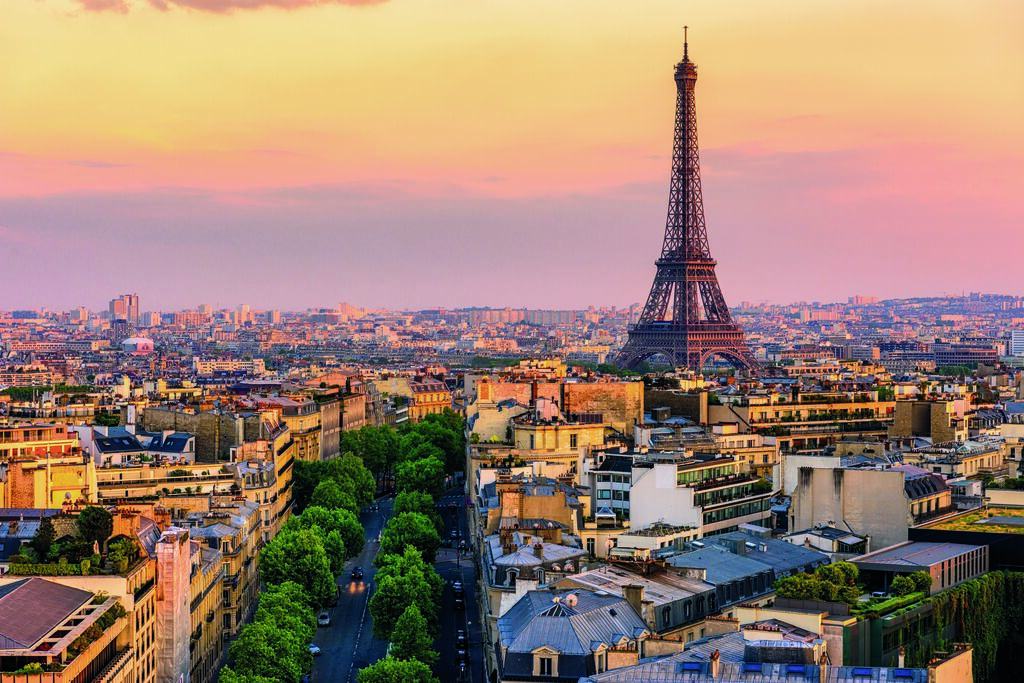 As mentioned earlier, French traditions for April Fools’ Day date back over 500 years. It is said that the phrase “poisson d’avril” may originate with the Celts, who were great fishermen. The fishing season began on April 1, but if they hadn’t caught a great haul on their first day back in the water, some of the fishermen were prone to lie. Now, children stick paper fish to the backs of people – even strangers – so if you’re traveling in France on April 1 and you hear “poisson d’avril!” shouted out, check your back!

Shops and bakeries have fish-shaped treats on offer around the occasion, and children draw fishes and make fish-shaped decorations at nursery and school.

French companies have also played some spectacular jokes on the public through the years. In 2009, the SNCF railway company hired Philippe Peythieu (the French voice of Homer Simpson) to provide some replacement announcements, completely bewildering travelers. On April 1, 2020, with everyone in lockdown, French media began reporting that the Tour de France cycling race would be held in South Korea!

Enjoy the French sense of humor on the Country Roads of France tour. 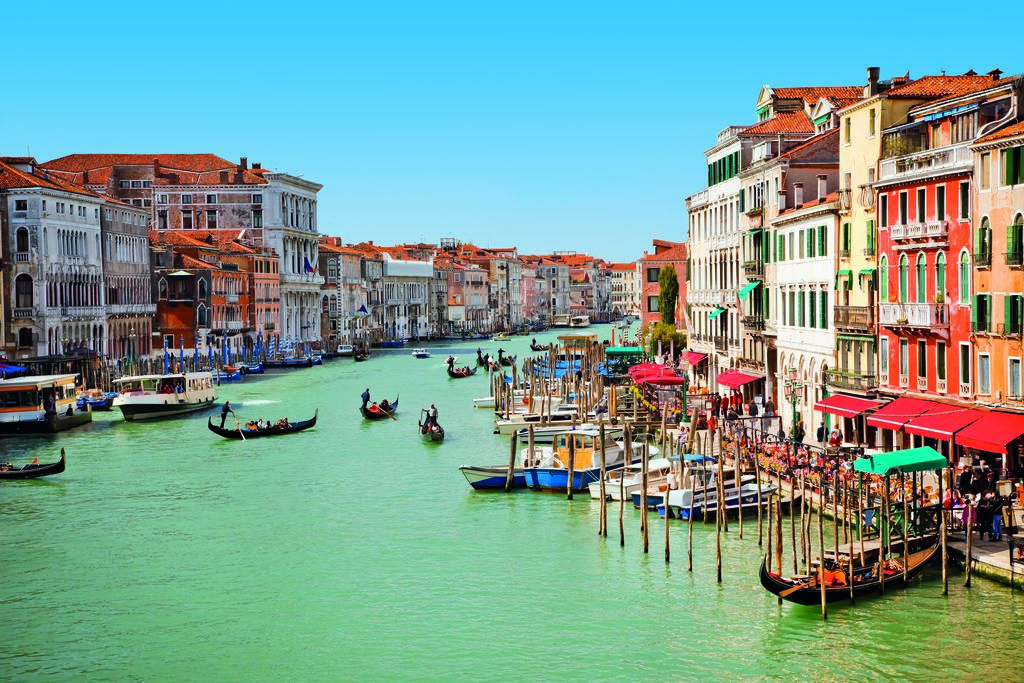 Although it’s not common for the Italians to share traditions with their French cousins over the border, the name for April Fools’ Day is very similar – Pesce d’Aprile. The most common prank is taping a paper fish to someone’s back, just like in France. In Italy, it becomes a game, where everyone in a room asks who has seen the Pesce d’Aprile, and of course the only person who hasn’t is the unsuspecting victim.

The media like to prank the public on April 1 too, with silly stories such as aliens attacking, or money being dished out at a particular location. However sometimes they are the ones being pranked, and they have to discern the real press releases from the fake ones.

In 2001, Italian newspaper La Republicca announced that soon telepathy would become a normal human mental faculty, as a scientist had discovered how it was possible. Unfortunately, the scientist didn’t exist!

Enjoy the Italian spirit on the Best of Italy tour. 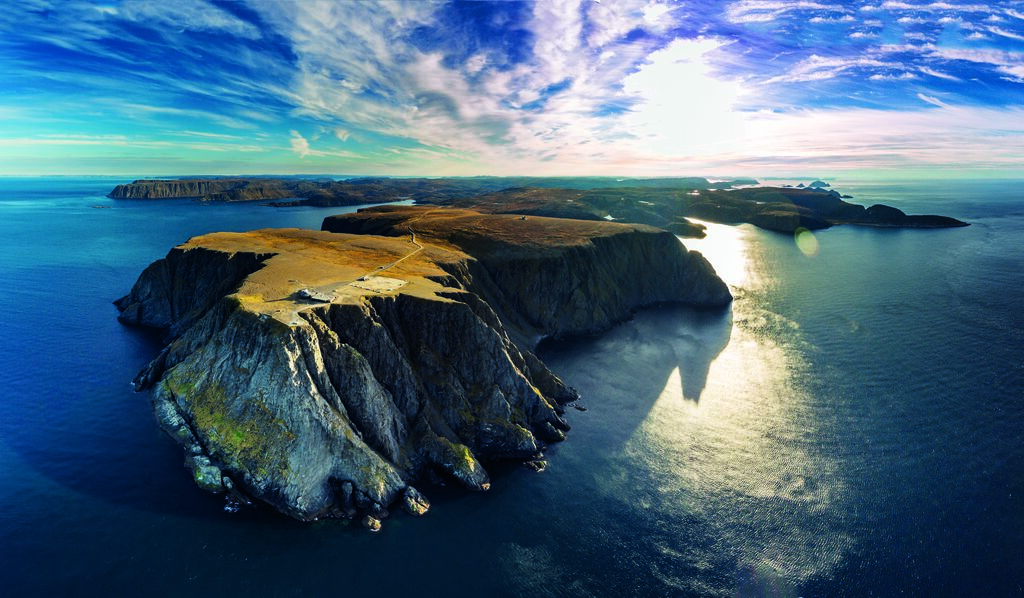 The Finnish are such pranksters that April 1 doesn’t even appear on their calendar, so you might miss it altogether!

Much like Ireland and England, jokes are played on people in the morning, presumably because people still haven’t realized it’s April 1. If they get away with the trick, they sing a line that translates as “It’s April, eat herring and drink dirt water on top.” People from Finland have said the phrase doesn’t make sense and it’s not really supposed to.

In recent years, the police force in Finland decided to prank their Facebook followers by announcing that they were getting new uniforms that changed color in the sun, to make them more visible in traffic. People actually believed the police were going to don pink uniforms and patrol traffic. 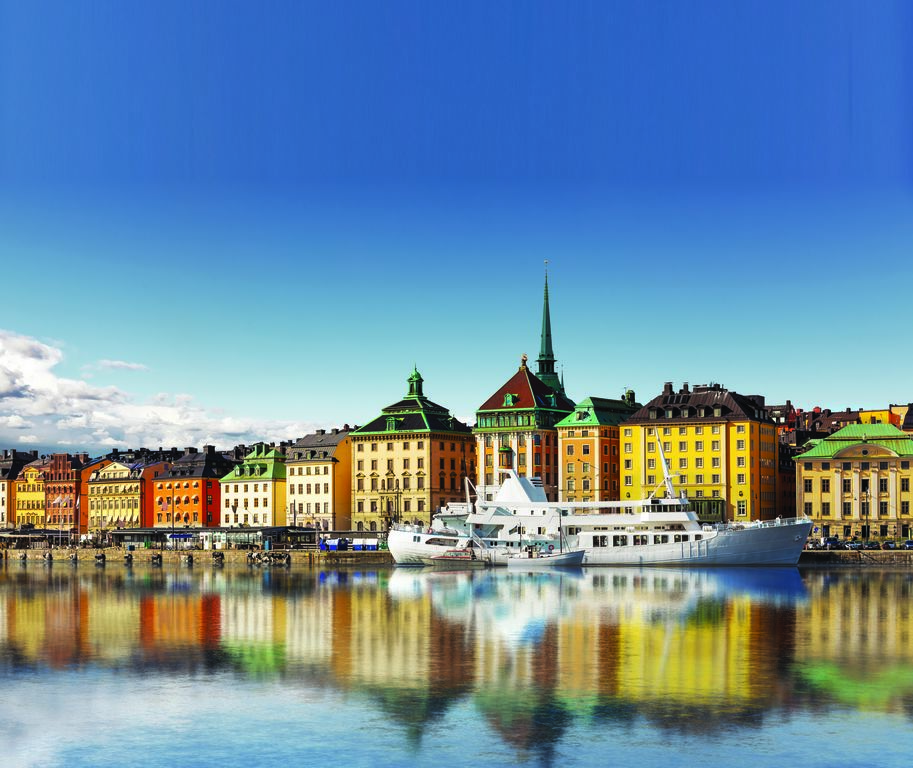 In Sweden, they like to play tricks on each other too, but they have a special saying after doing so. It is “April, april dun dumma sill, jag kan lura dig vart jag vill,”, which seems like a mouthful, but it means “April, April, you silly herring, I can fool you anywhere I want to.” If you don’t say this, then apparently the April Fool is incomplete.

Swedish newspapers and television companies have also thought up elaborate pranks to play on the public, from telling people that they could get instant color TV on their black and white sets back in 1967 to being able to access 3G by shaking your mobile phone in 2004. They even convinced the whole country that the clocks were wrong in 1980, six days before Daylight Savings Time was introduced! 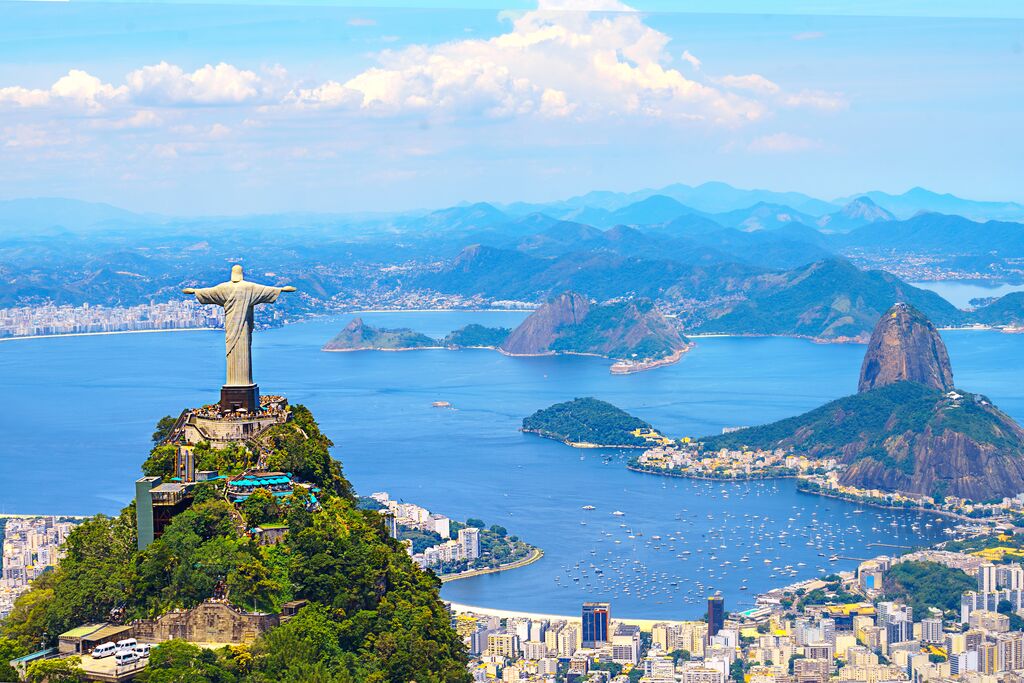 April 1 is called “o dia das mentires”, meaning “day of lies” and celebrating it has been popular since 1828, when a satirical paper called A Mentira announced that the emperor and founder of Brazil, Don Pedro, had died. This seems like quite a serious news item, but Brazilians still believe that making light of things is an easier way to deal with the modern world! Dia de Mentira lives on.

Insight Vacations
April 1, 2021
Previous
Meet the Women Shaping the Future of Travel
Next
Wine Tasting Around the World
You might also like
One of the following
November 17, 2022