More than six million people flock to Munich each fall to take part in Oktoberfest, the annual 16-day celebration of Bavarian culture. Fitting then that Oktoberfest food (think sausage, cabbage and finger-licking Bavarian pastries) is also an international phenomenon, with many of its quintessential delicacies hailing from outside Germany. Tap into the culinary heart of the festival by getting to know the stories behind its traditional treats. 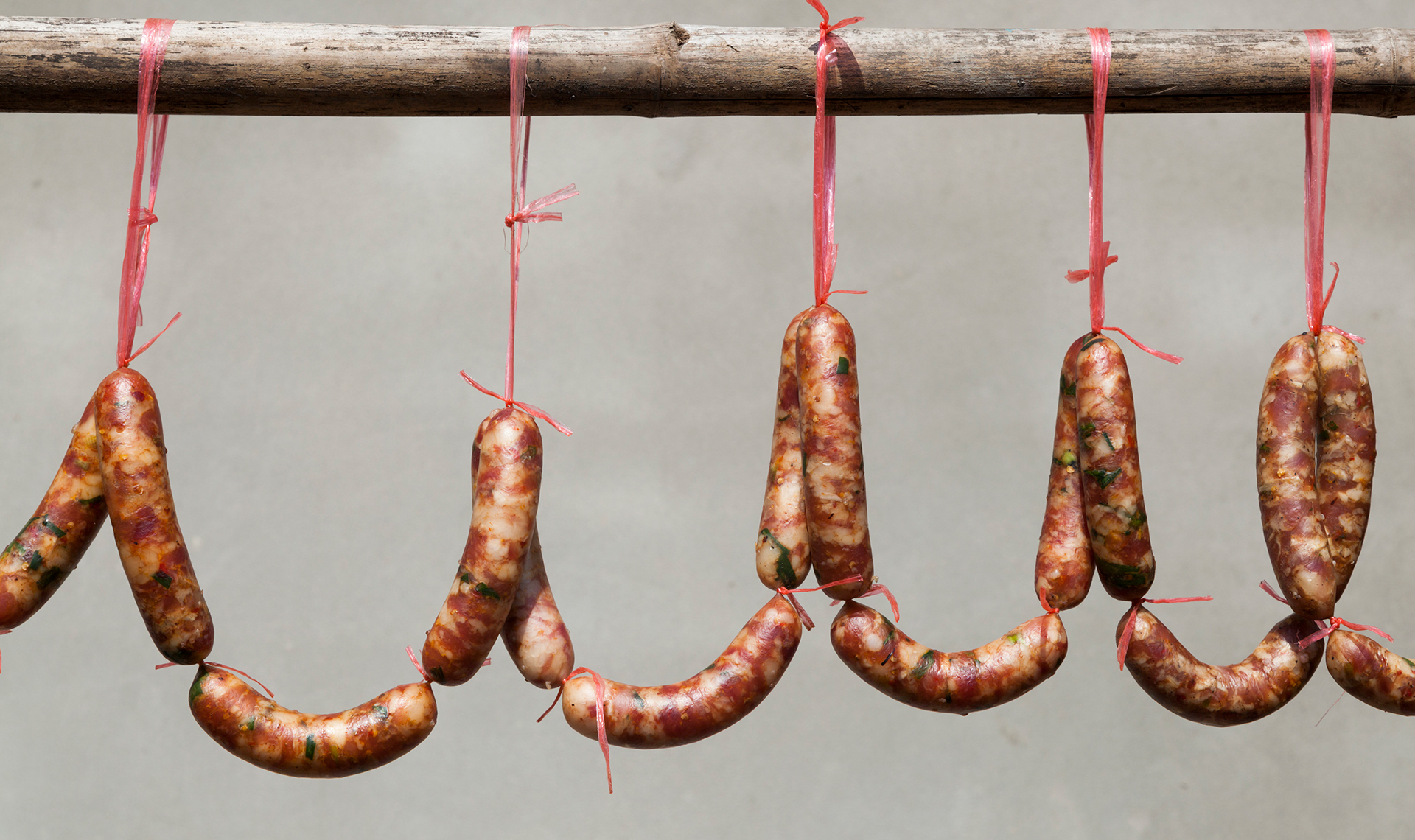 Oktoberfest was originally conceived as a public holiday to fete the nuptials of Crown Prince Ludwig of Bavaria and Princess Therese of Saxony-Hildburghausen, who married in October 1810. More than 21,000 sausages were consumed by the partying public during the five-day extravaganza, and such a good time was had by all that they decided to do it again the next year, and the year after that, and so on. Memories of the royal wedding have faded, but the many varieties of the tasty wurst, trimmed in sauerkraut or daubed with mustard, remain a festival staple.

Schnitzel — veal or pork pounded thin and coated with flour, eggs, and breadcrumbs before being fried to a golden crisp — is synonymous with Oktoberfest, but it traveled a long way to get there. Schnitzel is said to have Turkish origins, where veal was coated with real gold flakes. The Venetians exchanged the gold for bread crumbs, and occupying Austrians took the local cuisine home with them, where it caught the attention of the Hapsburg rulers. Their lands included today’s Germany and their tastes set the standard. The rest is gastronomic history. 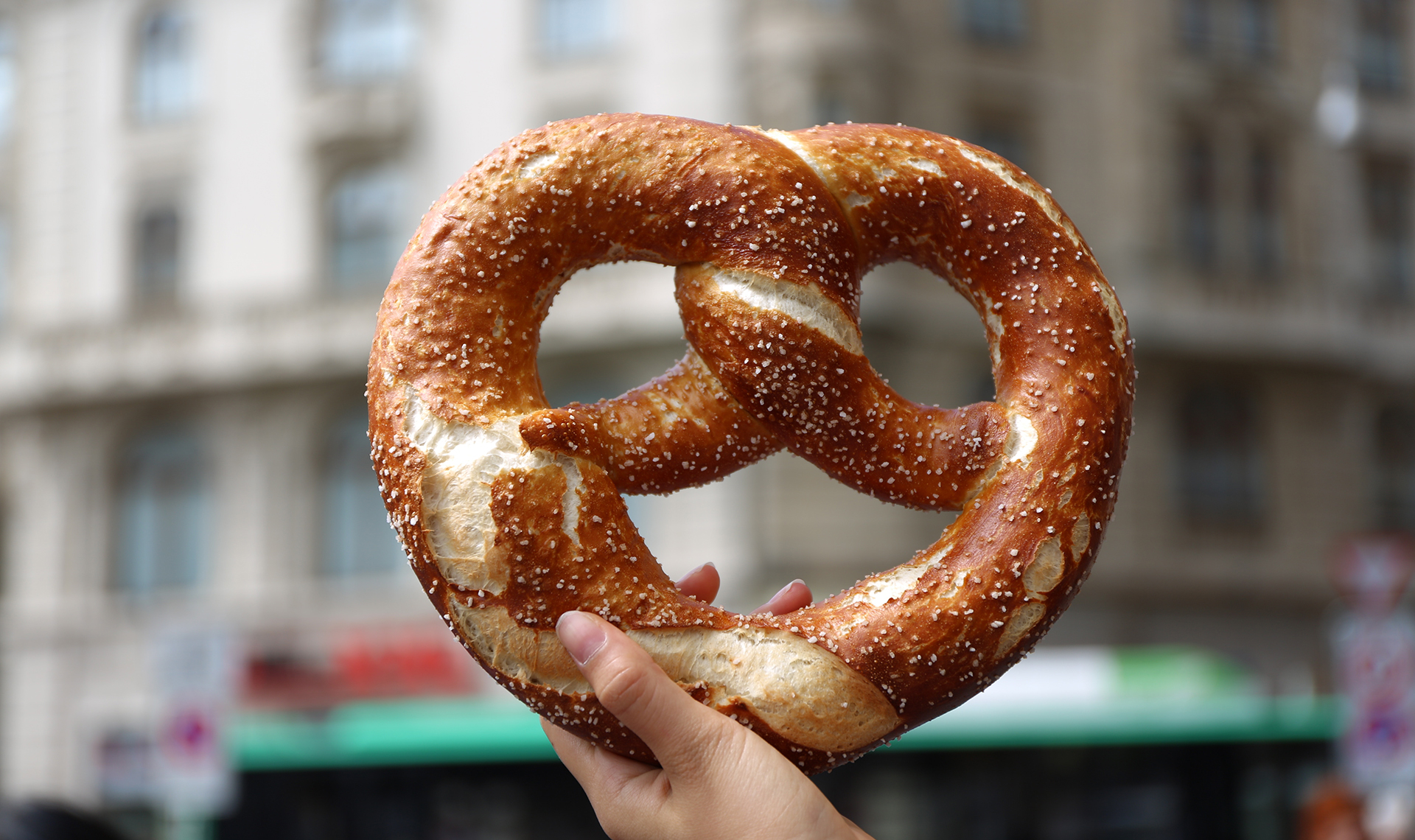 The humble pretzel has a hearty history: Its “crossed arms” form has served as a symbol of prosperity as far back as the early Middle Ages, when Italian priests baked them for novices and its three sectors came to represent the Holy Trinity. Nearly a thousand years later, pretzel-baking monks in a Vienna basement felt the rumblings of Ottoman Turks trying to tunnel in and alerted the authorities in time to save the city. Today, sold outside the tents of Munich during Oktoberfest, the salty brez’n continues to bring happiness to all those who possess them.

Spatzle, a chewy harmony of water, eggs, flour and butter, is the eponymous Oktoberfest accompaniment. The German equivalent of gnocchi, spaetzle batter is pressed through a colander-like instrument to create ribbons of dough, which are then cooked in boiling water or sauteed to a crisp. Nobody knows exactly where these “sparrows” (spatz means sparrow in German) came from, but they were perfected by the Bavarians, who make them using beer instead of water. 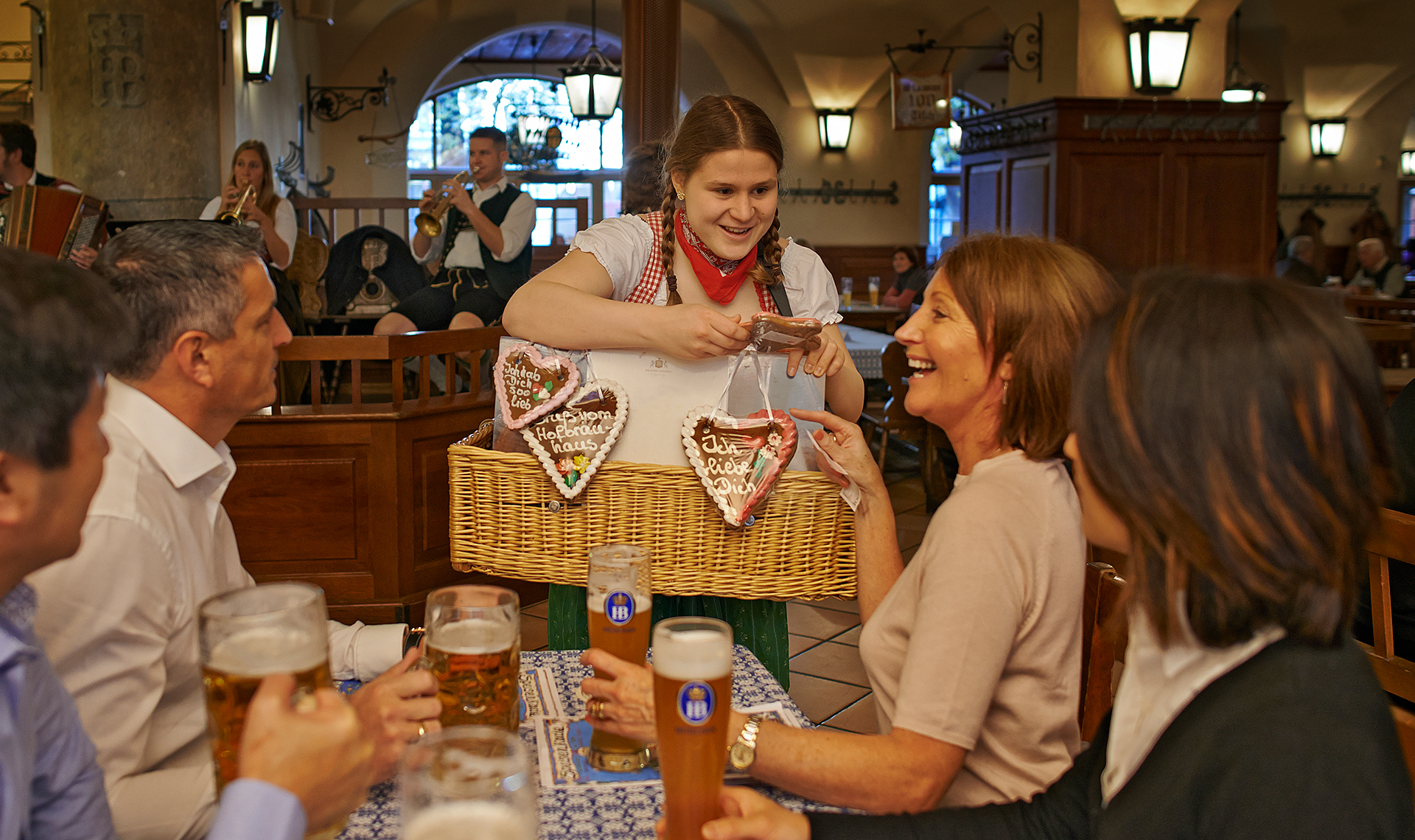 The roots of ginger lie in China, and arrived in Europe via the Silk Road. The Greeks are credited with creating the first recipes for gingerbread and Queen Elizabeth I for making them popular, but it was the Germans who added a new dimension to the treat, creating gingerbread houses during the 17th century. At Oktoberfest, gingerbread is more fashion accessory than culinary specialty: the frosted treats are worn as necklaces or given as expressions of love.

A delicacy direct from China

Sauerkraut may be the soul of German cuisine, but the man responsible for bringing it to Europe wasn’t a German at all. Genghis Khan, the Mongol warrior whose armies swept through eastern Europe during the 13th century, is credited for carrying the shredded cabbage fermented in rice wine across Asia as he marched his troops from one place to another. Eight centuries later, sauerkraut is still prized for its acidic burst of flavor. As a bonus, many also find it has the beneficial effect of settling the stomach after a heavy Oktoberfest meal.

The delights of Oktoberfest, from hearty portions of meat and foaming pitchers of beer, are part of an authentic Bavarian experience. They’ll all be at your fingertips on Insight’s Oktoberfest trip.

Previous
NORWAY’S FJORDS: DID YOU KNOW
Next
Inspired by Insight: Halloween costume edition

Insight Vacations
September 24, 2018
Previous
NORWAY’S FJORDS: DID YOU KNOW
Next
Inspired by Insight: Halloween costume edition
You might also like