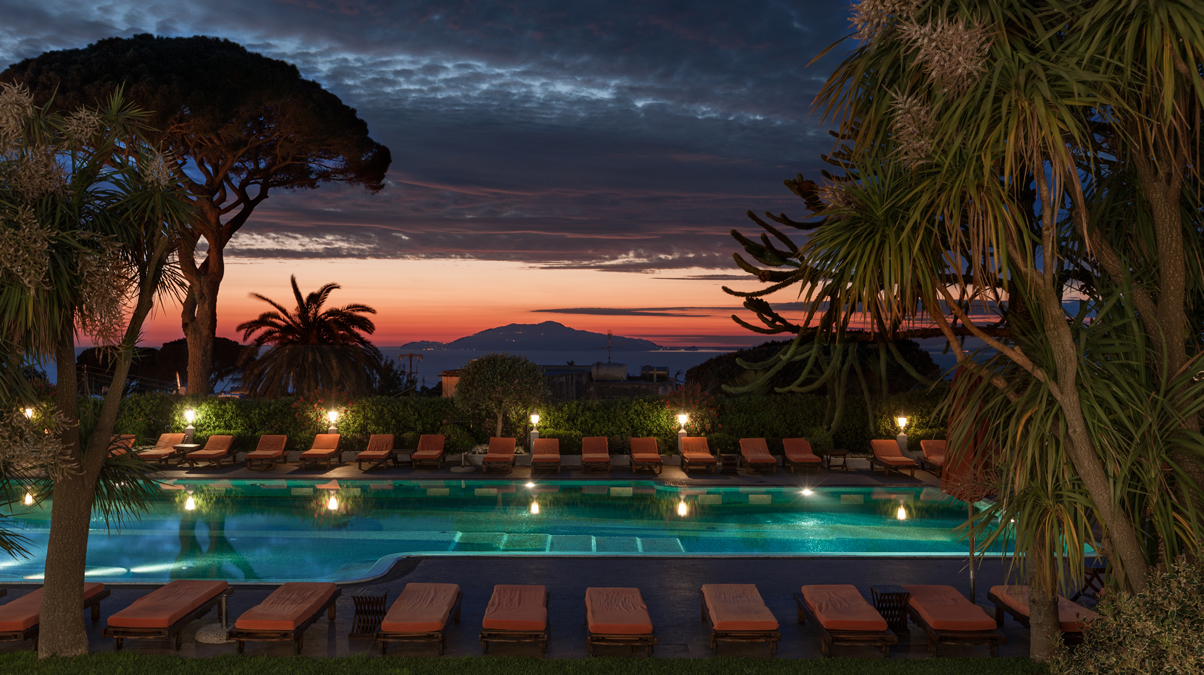 Ever since Jacqueline Onassis summered at Capri Palace Hotel the location’s been a byword for effortlessly chic shenanigans. Not that she started the phenomenon. The island has hosted a cast of characters in the past, including Maxim Gorky, Claude Debussy, Oscar Wilde, Pablo Picasso and Brigitte Bardot. 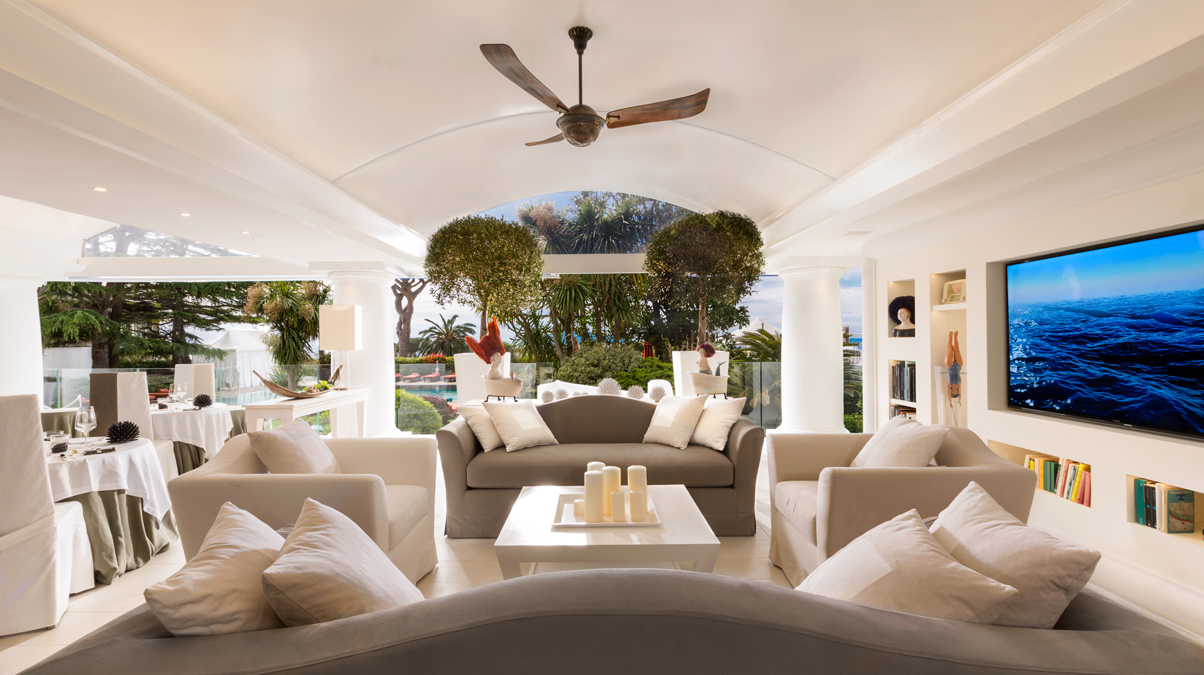 Overlooking the Isle of Ischia and standing 300 meters above sea level in Anacapri, this redoubt of relaxation contains not only the island’s sole double Michelin star restaurant but also a seductive selection of artwork that brooks no rival. Scattered all over the hotel, from feature pieces to little antiques, there’s scarcely one corner of the palace that escapes the love and attention of its owner, Tonino Cacace – son of founders Rita and Mario. 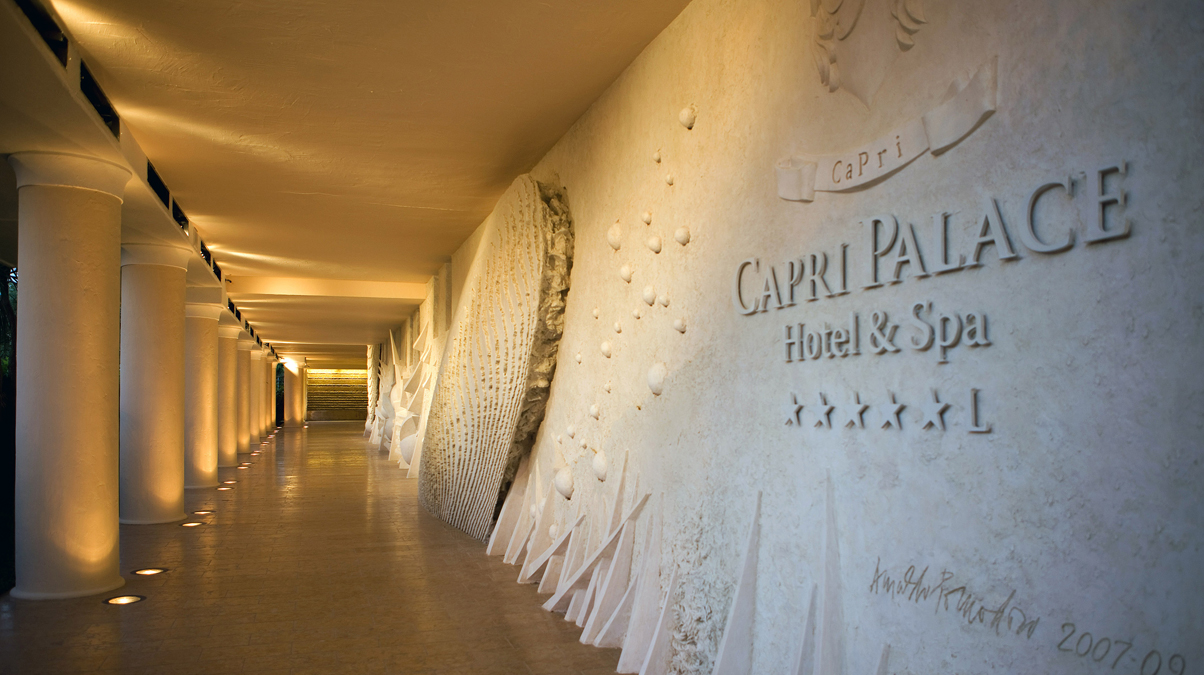 Perched on a cliff’s edge, Capri Palace Hotel certainly packs a lot in. From the swimming pool that commands an almost boundless horizon to the library that’s loaded with volumes from antiquity to the current day; there’s a spa, a private beach club (Il Riccio’s) and an eccentrically kitsch bar, delgli Artisti, too. And it’s all framed in a deceptively simple style: a Carthaginian combination of classical columns, vaulted ceilings and exotic lanterns matched with black-and-white photos and contemporary one-off pieces. 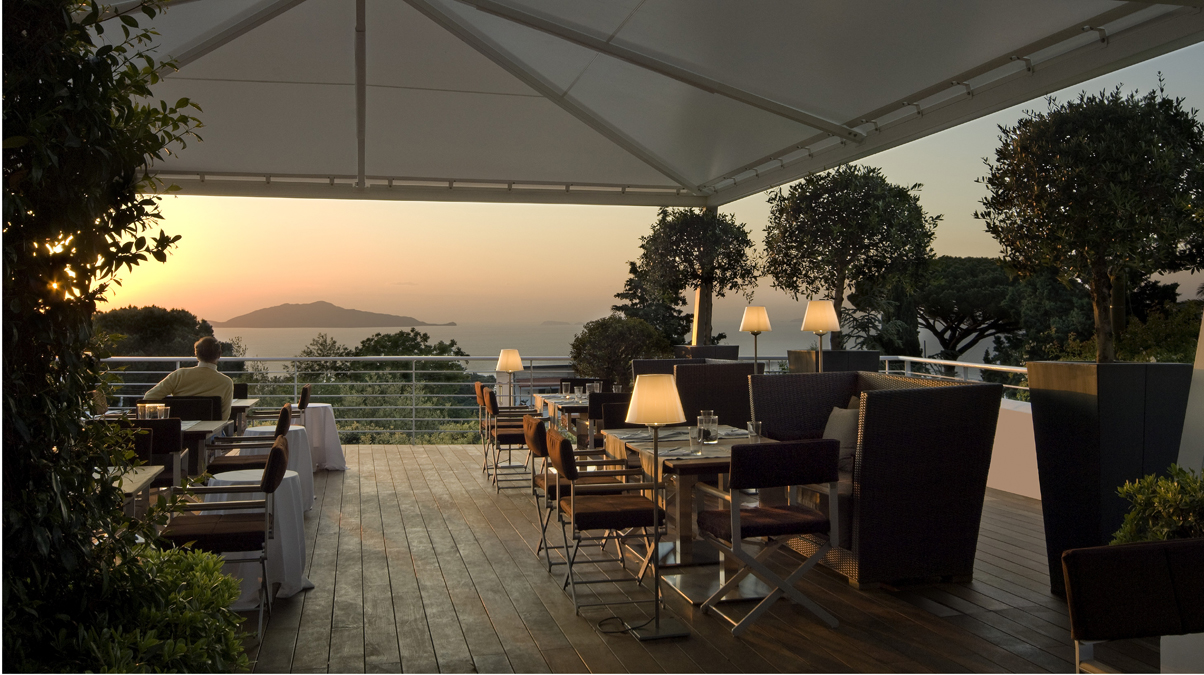 Head to the hotel’s state-of-the-art “Beauty Farm” if lounging in the sun tests the limits of your endurance. No longer a secret celebrity haunt, it specializes in leg and vascular treatments. Not to mention outstanding nutritional and metabolic programs that justifies its reputation for leaving visitors with a born-again glow that can only be trumped by a visit to one of the on-site eateries.

One of which is the Ragu Bistro. Set on a terrace overlooking the Gulf of Naples, it offers top-quality Italian cuisine all day. It’s also the more informal sibling of the double Michelin starred L’Olivo, spearheaded by Ischia-born chef Andrea Migliaccio, which takes al fresco Mediterranean food to stratospheric levels. And if leaving the sea behind feels like a chore, the suntrap that is Il Riccio’s beach club must be the only one of its kind to hold a Michelin star. 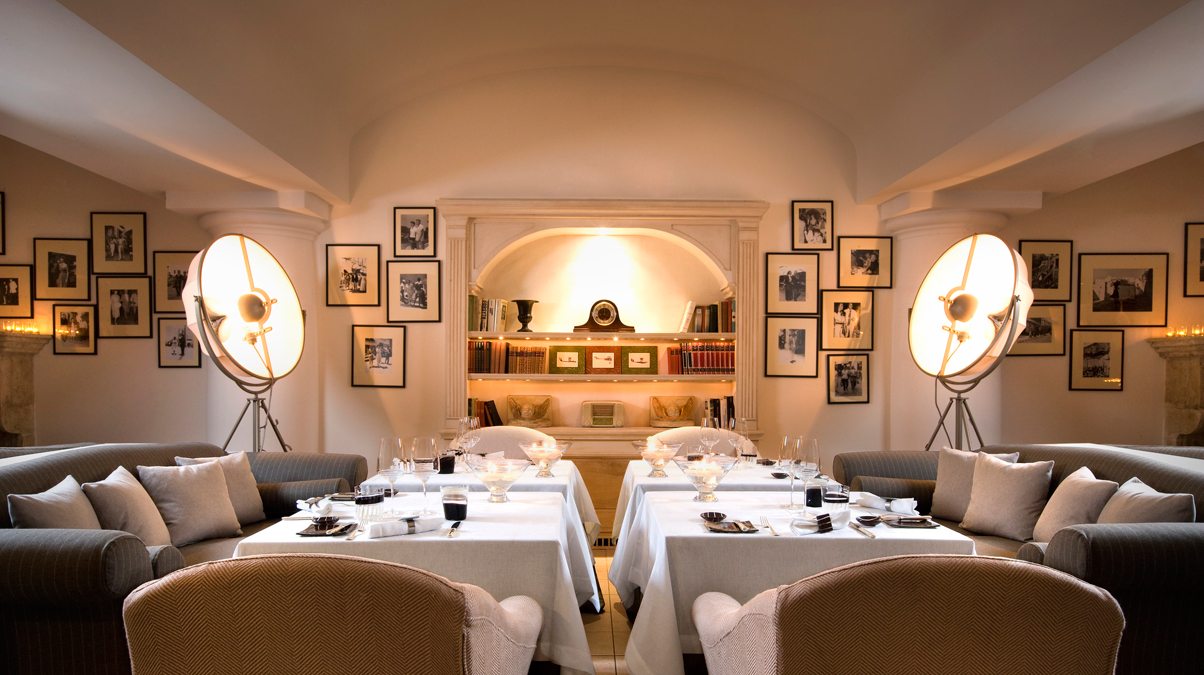 Things don’t disappoint in the bedroom department either, where it’s a cotton counterpane, marble bathroom and Mediterranean flora affair. If you really want to show off, take the Paltrow Presidential Suite that’s comprised of a penthouse and swimming pool in a private roof garden. It’s not the only room with its own oasis, however; several of the ground-floor rooms possess one, and each serves as the perfect retreat after an afternoon charging the plastic at one of the nearby boutiques. From Prada to Gucci, Capri can sometimes look and feel like a conspiracy of stylish brands and rustic sophistication – in a good way. 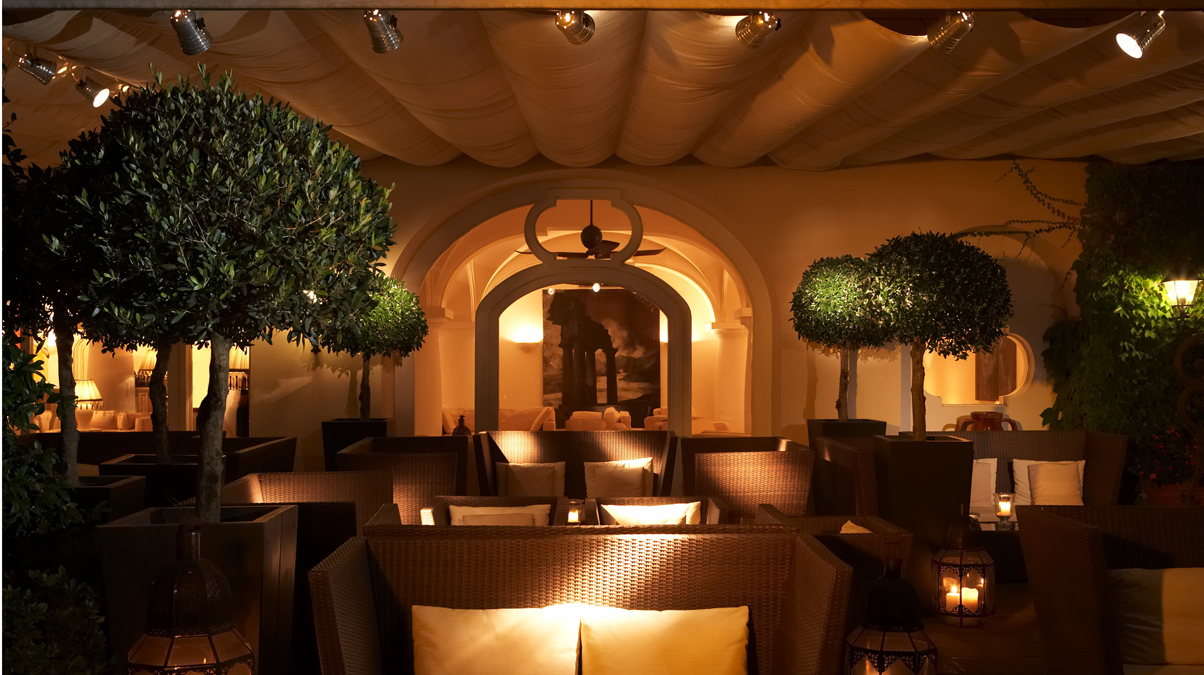 Those who wish to escape the hotel can take to the cool waters by using a local boat company or even hailing down a fisherman. The jolly mariners often seem glad to organize pickups on the cheap. And if you prefer your craft with a dash of opulence, the hotel can book speedboats such as the Baia 50 or an elegant 65ft sailing boat. Once aboard, try and loop round the island to Villa Jovis, the Roman Emperor Tiberius’ home for most of his reign and now an evocative ruin – the perfect romantic coda on a trip to Caprice Palace Hotel.

If our review of the Capri Palace Hotel has left you yearning to visit then check out the Luxury Gold by Insight Vacations trip to the island.

Insight Vacations
March 24, 2016
Previous
Maybe it’s time to see the bigger picture…
Next
Keeping the Old Ways Alive: Center for Traditional Textiles of Cusco
You might also like
One of the following
November 29, 2022