At Insight Vacations we like a celebration! This blog will introduce you to some Easter traditions from around the world and will hopefully give you a few recipe ideas that you can keep and try out yourself.

Easter is a Christian festival and cultural vacation commemorating the resurrection of Jesus from the dead three days after his burial as described in the New Testament. It is the culmination of the Passion of Jesus which is preceded by Lent, a 40-day period of fasting, prayer and penance. For those who observe Lent, Easter is seen not just as a celebration of Jesus’ resurrection but also as a break from fasting and as such Easter feasts are common.

Traditionally lamb is eaten on Easter due to its symbolism of the sacrifice of Christ. You can enjoy lamb cooked in a marinade of garlic, rosemary, lemon and olive oil before being perfectly roasted on our Country Roads Tour through Umbria and Tuscany or you can try out a recipe at home. If you like Mediterranean flavors why not try this recipe for Mediterranean roasted leg of lamb with red wine sauce. 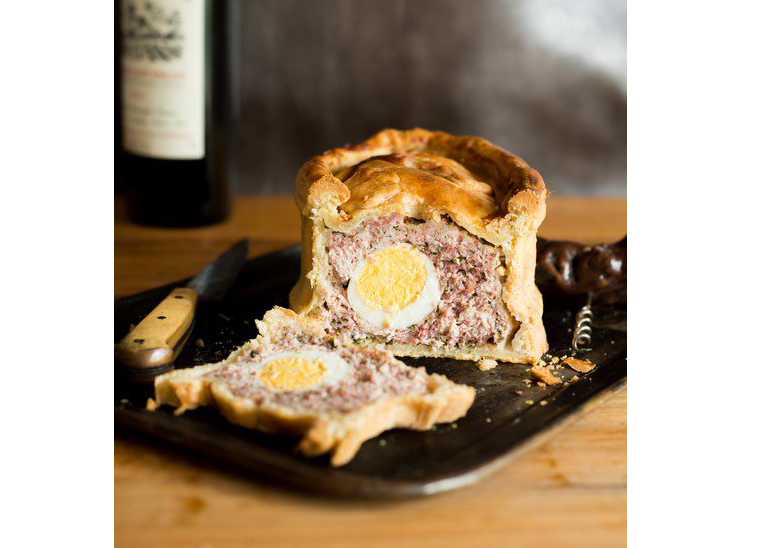 In France, you commonly see a Pâté de Pâques Berrichon at the family dining table at Easter. This is a simple dish of a meat terrine that envelopes an egg and is packed into a buttered crust. Where this dish may be simple in its cooking, it more than makes up for in looks, as when you cut into this pâté you’ll be delighted by the cross-section of the egg. Although served at Easter, a French brunch table will often have a similar dish. On our Country Roads of France Tour why not savor a pâté en croute when you’ve finished a game of pétanque. Better yet add a glass of cold pastis! 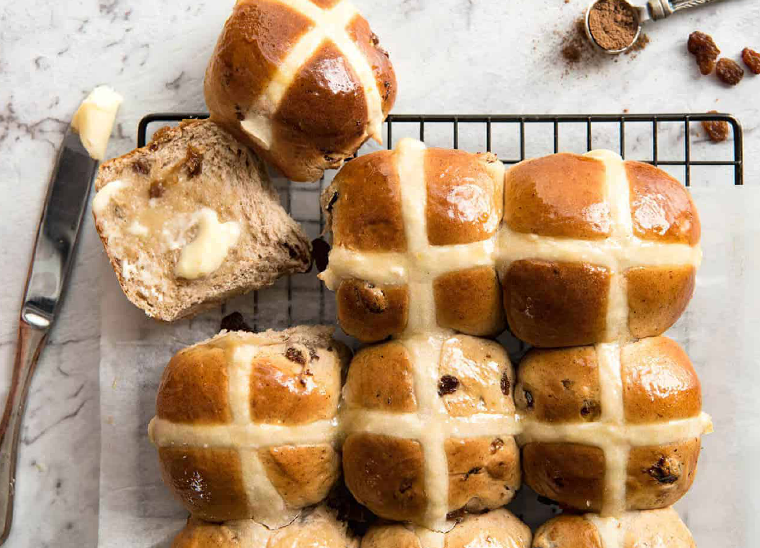 The quintessential British Easter treat is a hot cross bun, named after the cross that marks these warm spiced buns to represent Jesus’ crucifixion. Readily available in all British supermarkets for convenience nothing comes close to a freshly toasted homemade bun. Find the recipe here. Speaking of British treats why not join us on our Best of Britain tour and enjoy an afternoon tea at The Rubens at the Palace located in the heart of London overlooking The Royal Mews of Buckingham Palace and the Queen’s Gallery. 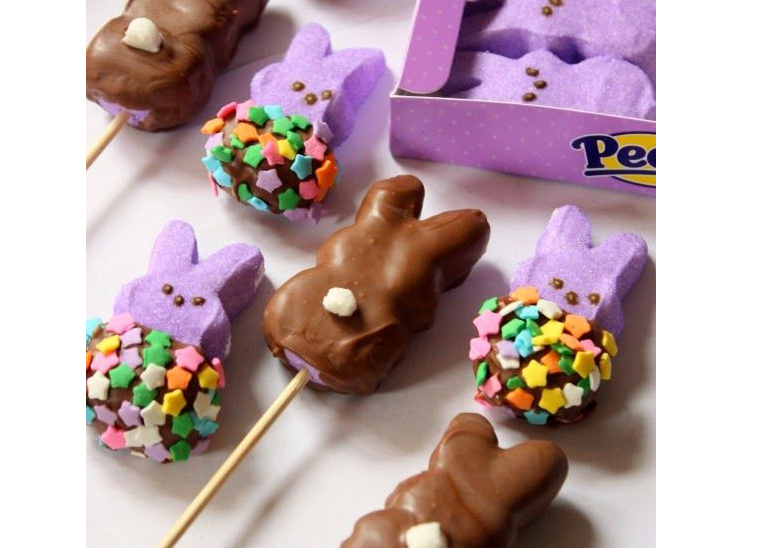 A much more modern twist on Easter treats are the North American bunny shaped marshmallows, Peeps. Why not dip them in chocolate and add some sprinkles for a fun (and delicious) activity to do with children. Stock up on all things North American on one of our Tours of the USA and Canada.

Did you know that there are actually two Easters? One celebrated by the Catholic church, the other by the Orthodox church. Both Easters celebrate the resurrection of Christ but after the church was split during The Great Schism in 1054, they adopted different calendars and therefore have different dates that Easter falls on. 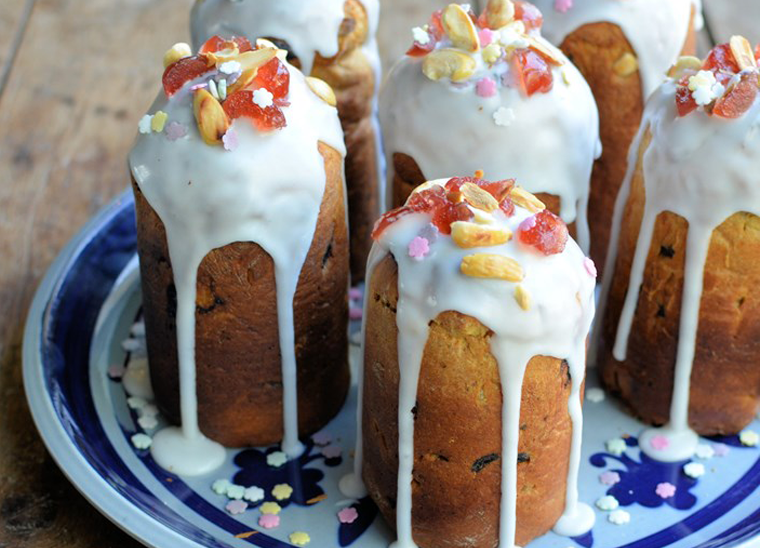 To celebrate Orthodox Easter, Russia bakes a sweet bread called Kulich. This bread baked in colorful tins and glazed are then decorated with sprinkles. The Kulich was customarily blessed by the priest following the service and eaten before breakfast. The breads are sometimes marked with XB for ‘Christ is risen’. These breads that are similar in shape and flavor to a panettone can also be found in other Orthodox Christian countries such as Ukraine, Romania and Serbia. You can find a recipe here.

Dreaming of Russia? Why not join us on our Russia with Christmas Markets Tour. 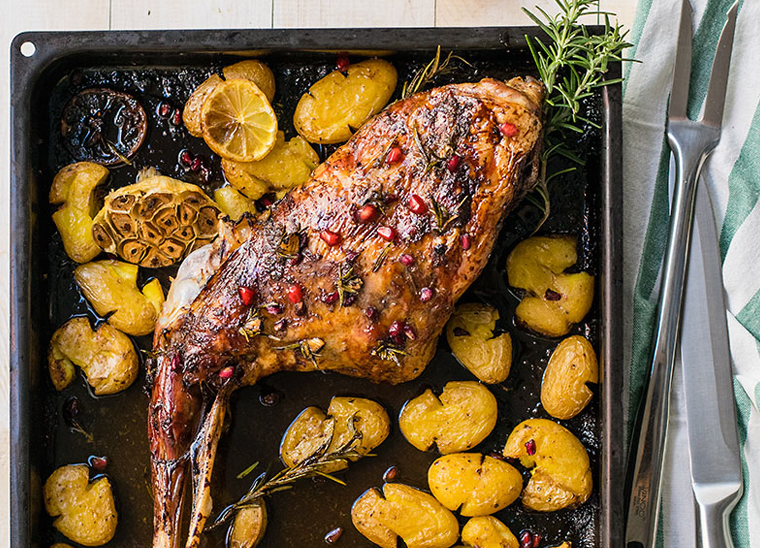 Greece is another country that celebrates Orthodox Easter and has delicious menus to honor the end of Lent and the Passion of Christ. On Holy Thursday Greek families usually make vibrant and colorful dyed eggs to symbolize renewal. Red dye is a favorite to symbolize the blood and sacrifice of Christ.  Whilst lamb is often roasted at Easter, in Greece goat is also a meat that is often used. This recipe for slow-roasted goat in a pomegranate syrup glaze has the team at Insight Vacations licking their lips! 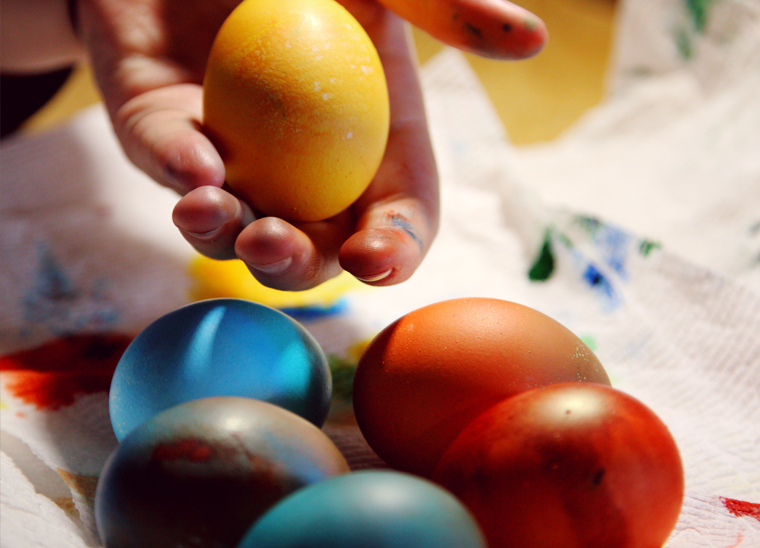 We’re also ready to join an expert in antiquities to explore the wonders of Kalambaka and Olympia on our Glories of Greece Tour.

Previous
Wine Tasting Around the World
Next
Travel with Insight Vacations – A trip of a lifetime!