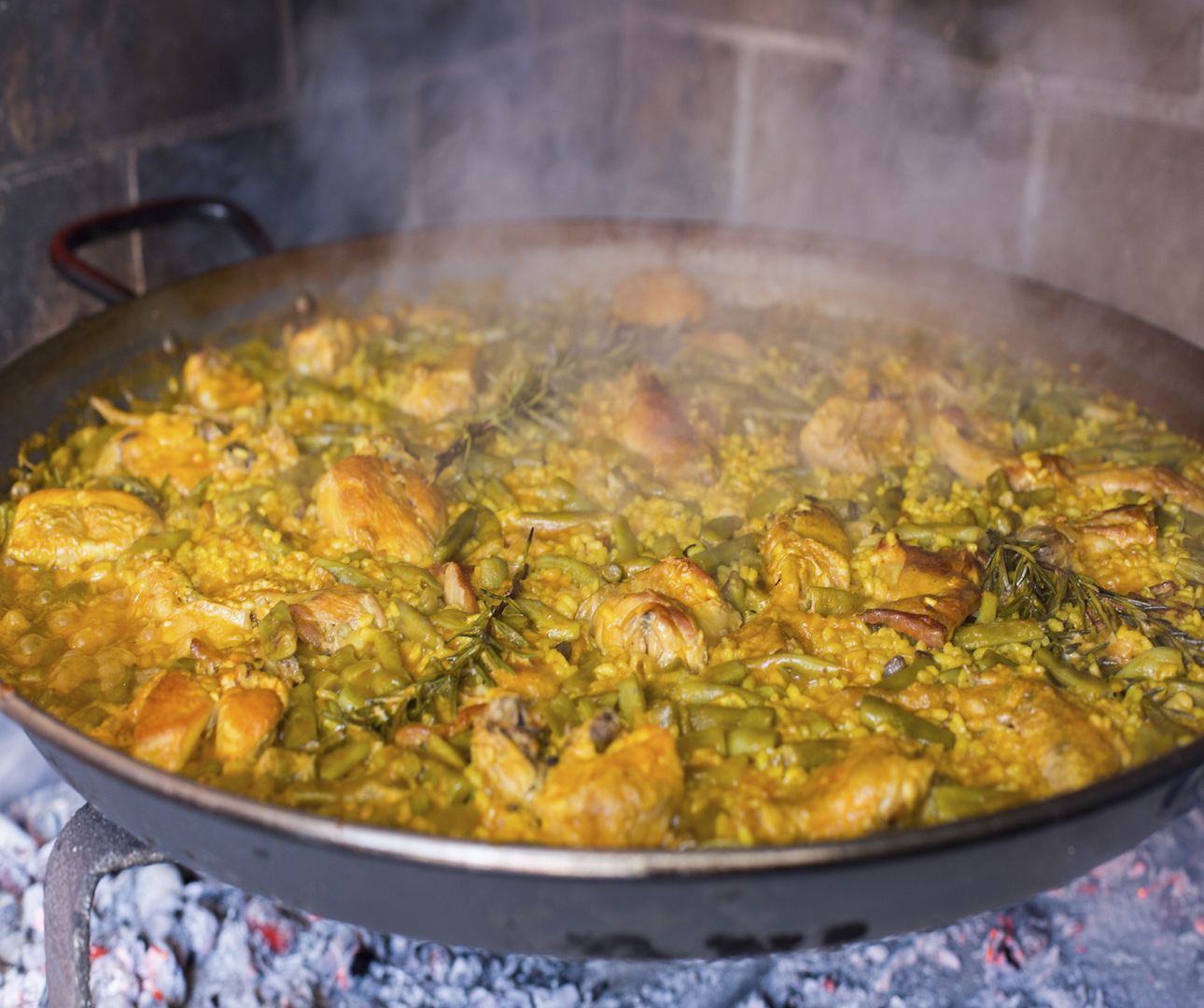 Despite being one of the world’s most popular cuisines, Spanish food can seem complicated to those who are new to the country. With cocido, pintxos, paella and other foreign labels to navigate on a menu, it’s easy to make mistakes, and with so many regional specialties, even Spanish people can occasionally get confused. From Galician seafood to Castilian cheeses, Navarra chorizo to Andalusian gazpacho, the medley of dishes that each region brings to Spain’s culinary table reflects the nation’s most acclaimed food phenomenon: tapas. From bacalao to butifarra, we’ve put together a guide to how to order food in Spain, so you can be sure to sample the very best of the country’s cuisine on your next trip. 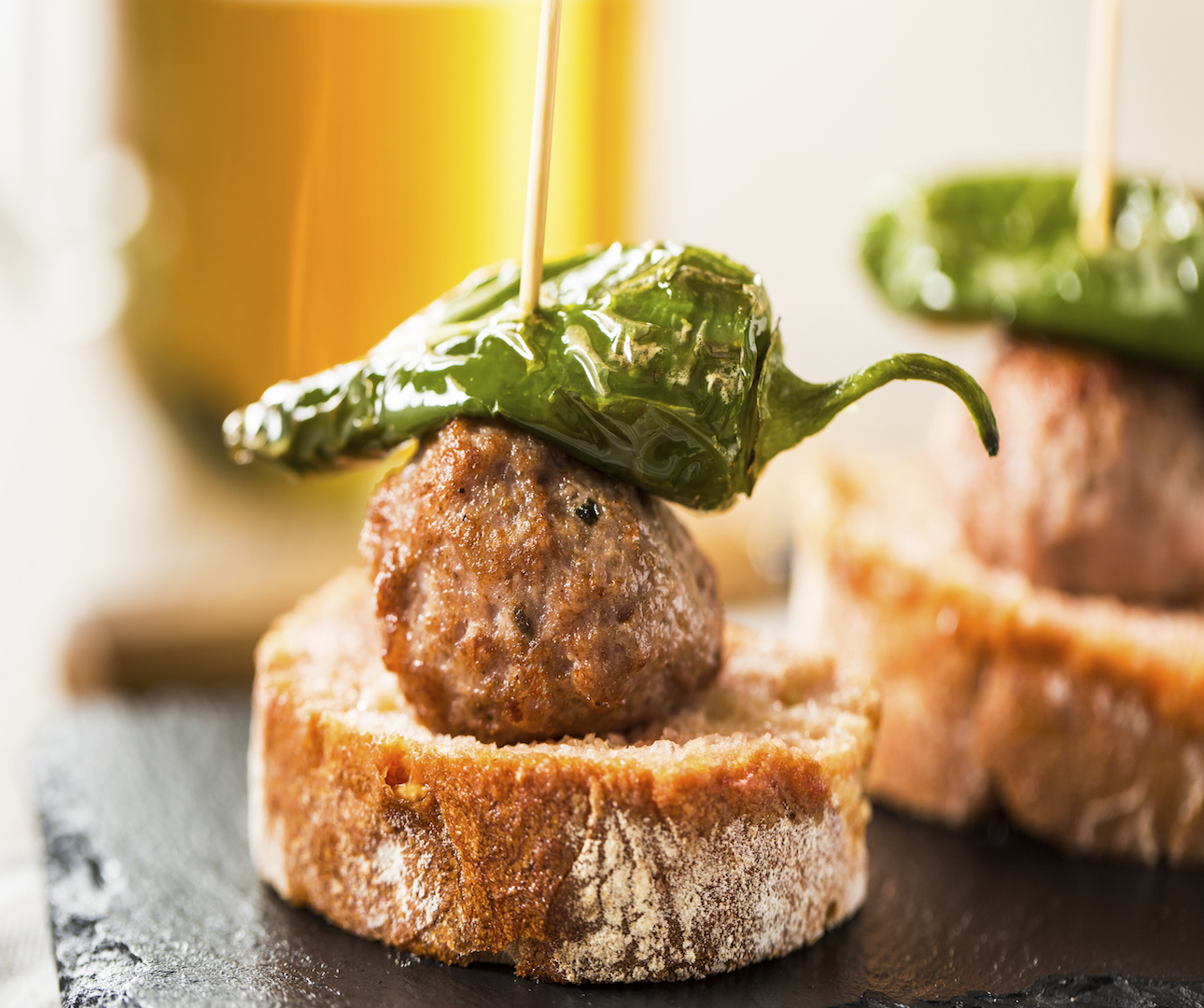 A specialty of the Basque country, bacalao can be prepared in several ways, usually with an assortment of onions, garlic, red choricero peppers and olive oil, none of which are particularly controversial or complicated. But try to refrain from offering an opinion on whether it all goes well with tomatoes; this is very much a live issue!

A bit like black pudding popular in the UK and Ireland (it also has black and white varieties); butifarra is made of raw pork and spices, and features in a lot of Catalan cooking. Though sometimes not cooked at all, when grilled the sausage is usually accompanied by fava beans.

One of those strange dishes that can be eaten either for breakfast or dessert, churros can be made thin and knotted or long and thick. Usually dusted in sugar or accompanied by a cup of hot chocolate sauce (churros con chocolate), these delights are wonderfully addictive. 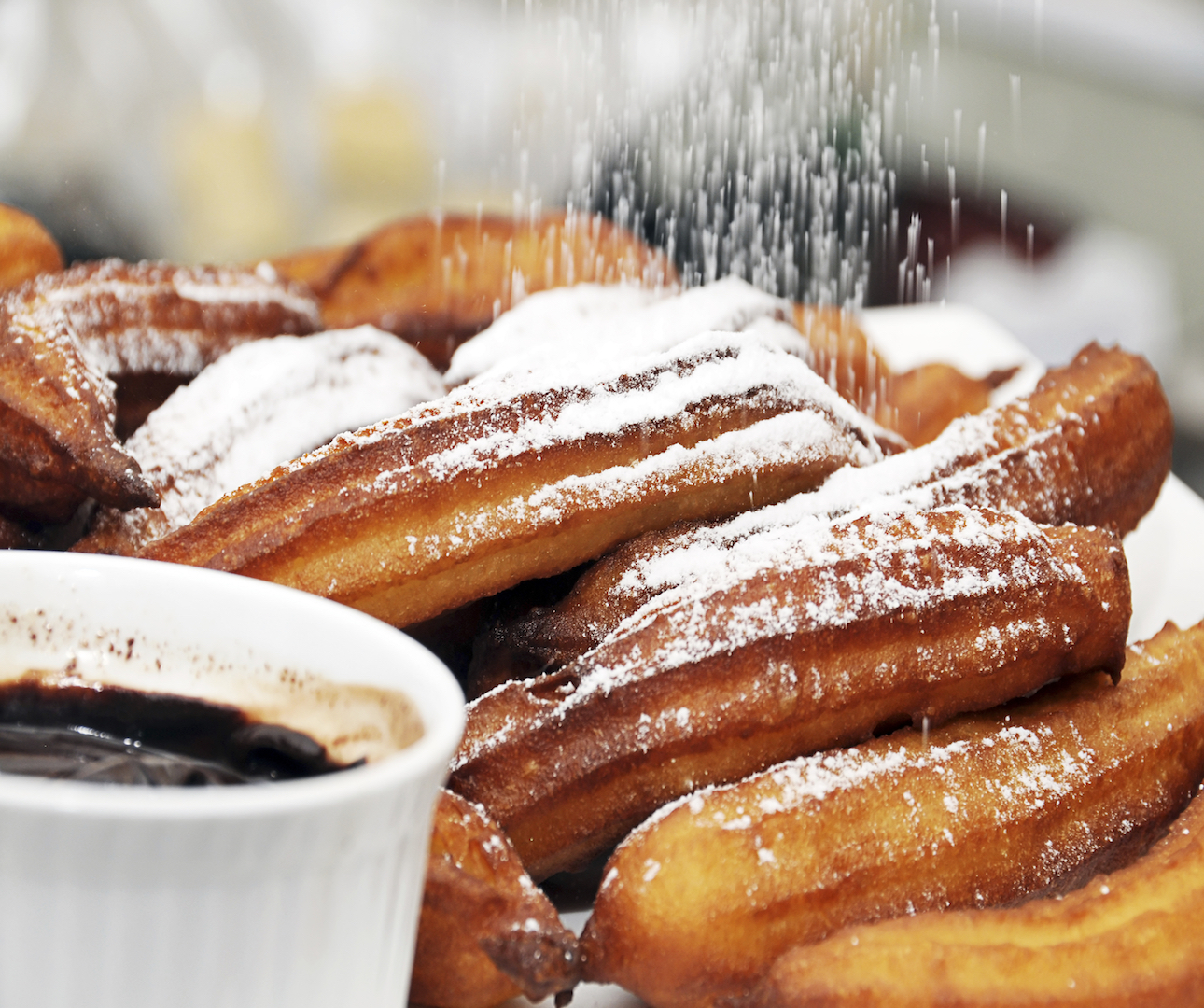 Roasted to perfection throughout Castile, Segovia is known to have achieved the best version of this dish. Popular ever since Roman times, in traditional areas the piglet is still cooked in earthenware pots and yields a succulent meat with tender, crispy skin.

Fragrant, rich and usually cooked in a vast cauldron that simmers away all day, cocido is one of Spain’s lesser-known national dishes. Traditionally composed of chickpeas, meats, potatoes and black pudding, in reality as long as the base is right, many restaurants add whatever ingredients they want.

Often considered one of Spain’s greatest examples of peasant or shepherd food, gazpacho varies in color between red, white and green varieties. Among the usual ingredients of bread, olive oil and garlic paste, the red contains tomatoes, the white contains dried fruits and the green contains a lot of herbs. The most famous variety comes from Andalusia, where it’s typically served cold. 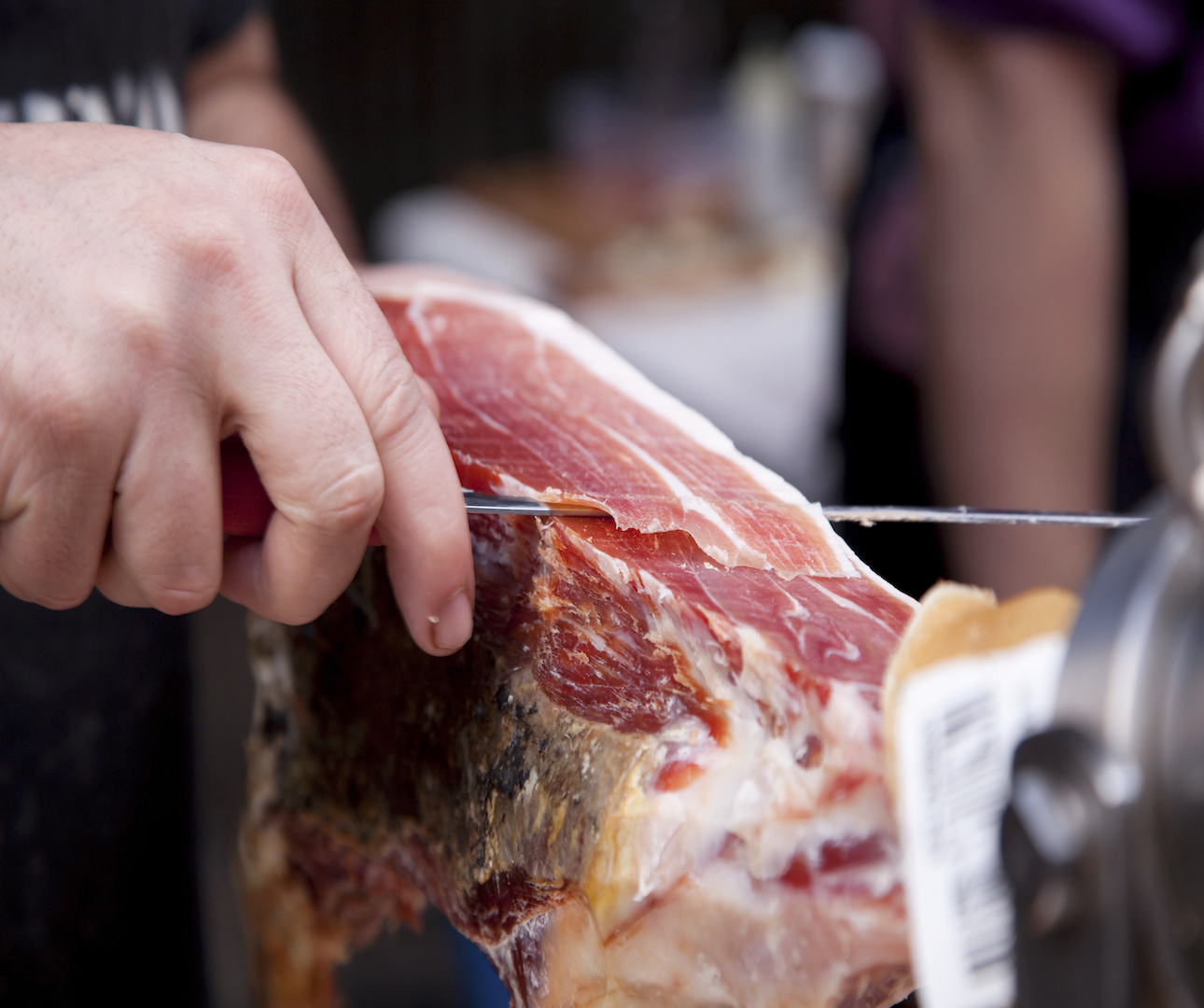 Also known as pata negra, this ham is one of Spain’s most popular exports. Most of it is produced in the ‘pig heartlands’, the southwestern region the Iberian Peninsula, and especially in Seville. Cured and air-dried, it’s a bit like prosciutto in style and its finest variety comes from pigs that are fed on acorns.

Paella needs no introduction, but the traditional conception of it as a seafood dish needs revision. Many purists despise this as an innovation and prefer the varieties that hail from the dish’s city of origin, Valencia. This means a mix of rabbit and chicken, flavored with saffron.

There are lots of potato dishes in Spain and the label usually gives the game away (patatas alioli, for example) but the most popular is undoubtedly patatas bravas. Called ‘fierce’ because of the spicy mustard, tomato and Tabasco sauce, this is one of the county’s classic dishes. 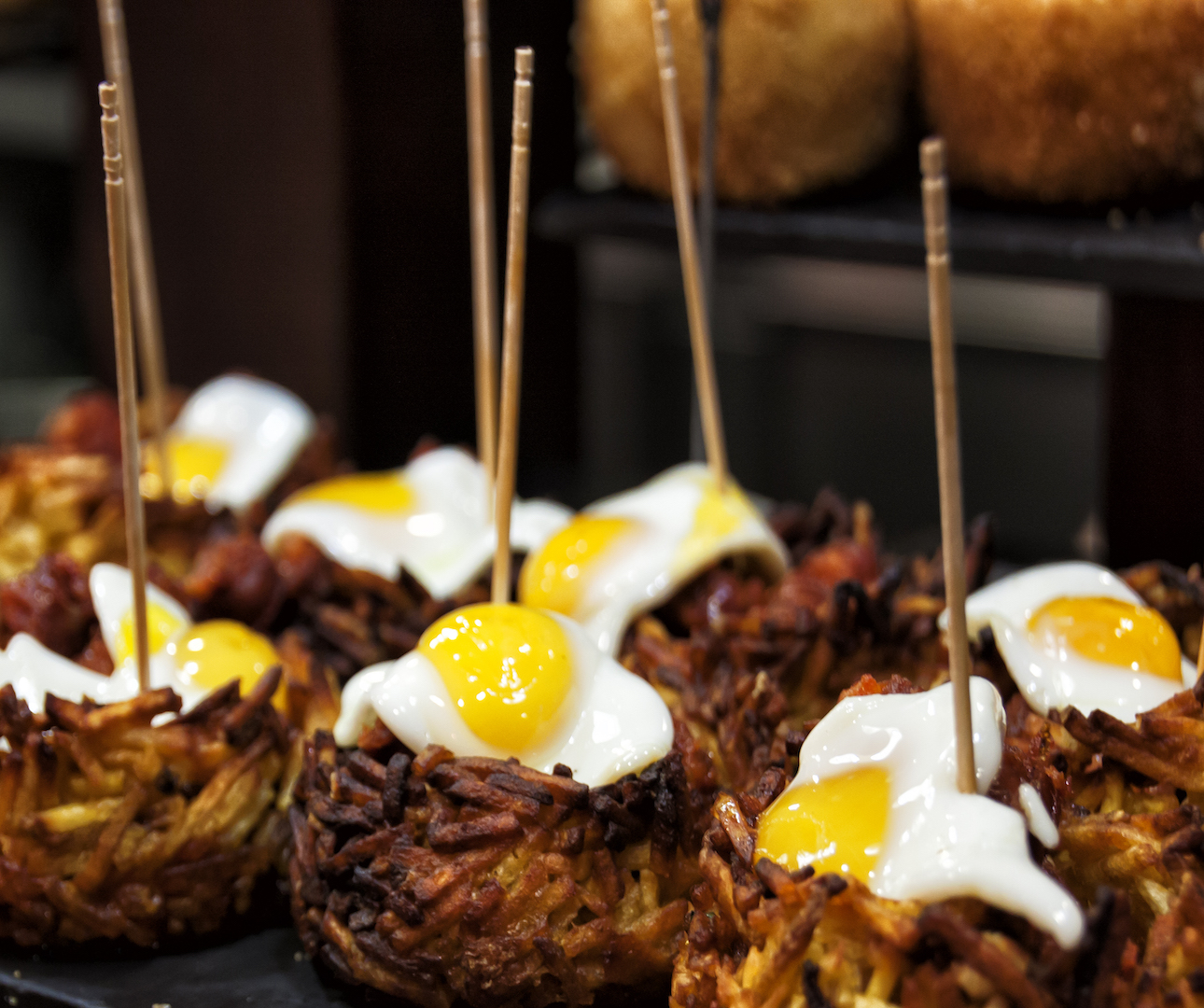 Taking its name from the toothpick that the food is impaled upon, pintxos or pinchos are little spikes of food, from cod to anchovies, from croquettes to vegetables, often accompanied by a small glass of beer or young white wine. In the south, a variation called montaditos involves serving toppings such as ham and cheese atop a slice of stone oven-baked bread.

Simply larger plates of tapas (see below). Perfect for sharing and sometimes enough for a meal.

Tapas are small appetizers enjoyed before a meal or with aperitivos. Watch out for changing labels again though, anchovies (a common tapa) are boquerones in the south, yet pass for anchoas in the north (and those from Santoña are known to be the best). 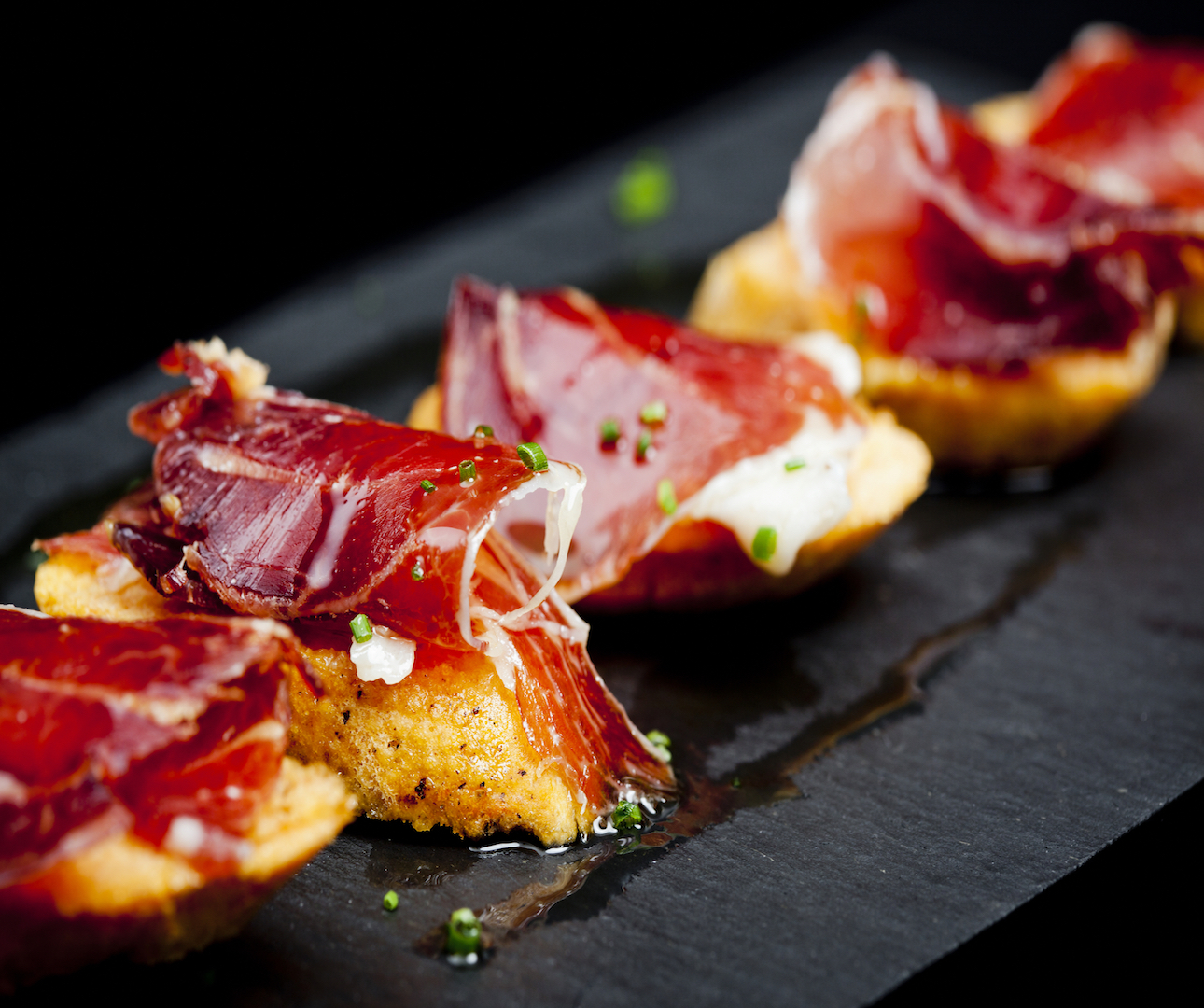 There are lots of different kinds of eateries in Spain. Tascas, bodegas and tabernas are taverns; cervecerias are pubs; comedors are dining rooms; ventas or mesones are inns; asadores specialize in grilled meats; and marisquerias are seafood restaurants.

If talk of chilled gazpacho, sugary churros and salted bacalao has you wishing you had a Spanish menu in your hands, why not book a place on the Grand Tour of Spain & Portugal itinerary with some of Iberia’s greatest hits playing in the background. Here’s a playlist to get you started: