How To Experience Monet’s Normandy 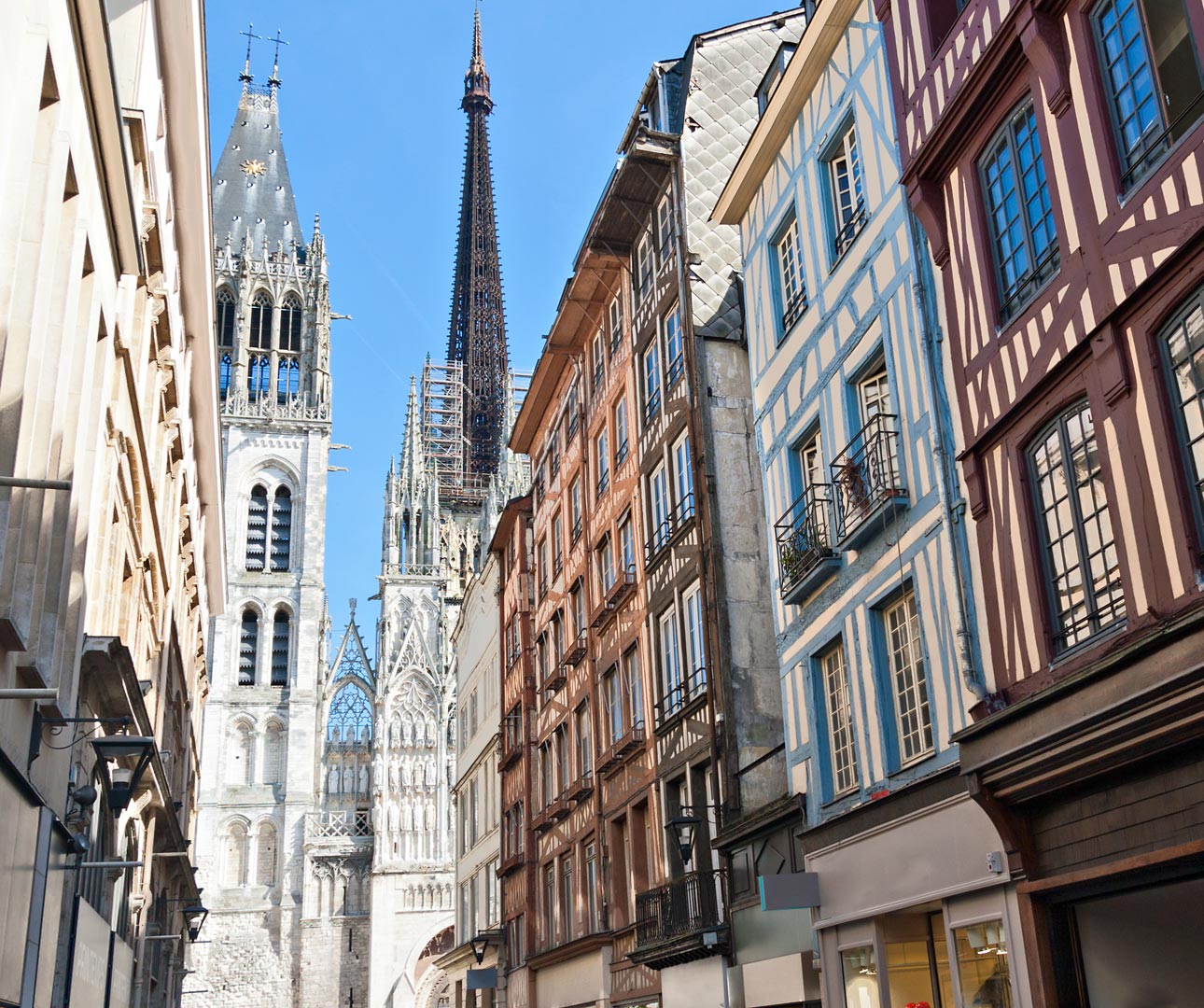 How To Experience Monet’s Normandy

A dazzling coastline hugged by dramatic white cliffs, charming villages and a smattering of spectacular historic buildings, Normandy’s artistic appeal is immediately apparent. Hardly surprising then, that the region was home to one of the most accomplished painters of all time, Claude Monet – its landscapes inspiring many of his Impressionist masterpieces. Whether you’re an informed art buff or a novice with little more than a burgeoning interest, visitors to the north coast of France should prepare to fall under the spell of Monet’s Normandy, and discover its profound impact on both his personal and artistic life.

A sleepy Norman village located on the right bank of the Seine, Giverny is the epicenter of Monet’s Normandy. This quiet, unassuming place enjoys worldwide renown thanks to Monet’s arrival here in 1883. Monet’s house and its gloriously colorful gardens – painstakingly designed by the man himself, and the site of his iconic lily ponds – were a longstanding source of artistic inspiration for the painter. Monet lived here with his second wife, Alice Hoschedé and their children for over 40 years, and is buried in the village churchyard. Today, visitors flock here to experience the wonderfully bright interior of Monet’s home, and to see the famous Japanese bridges. 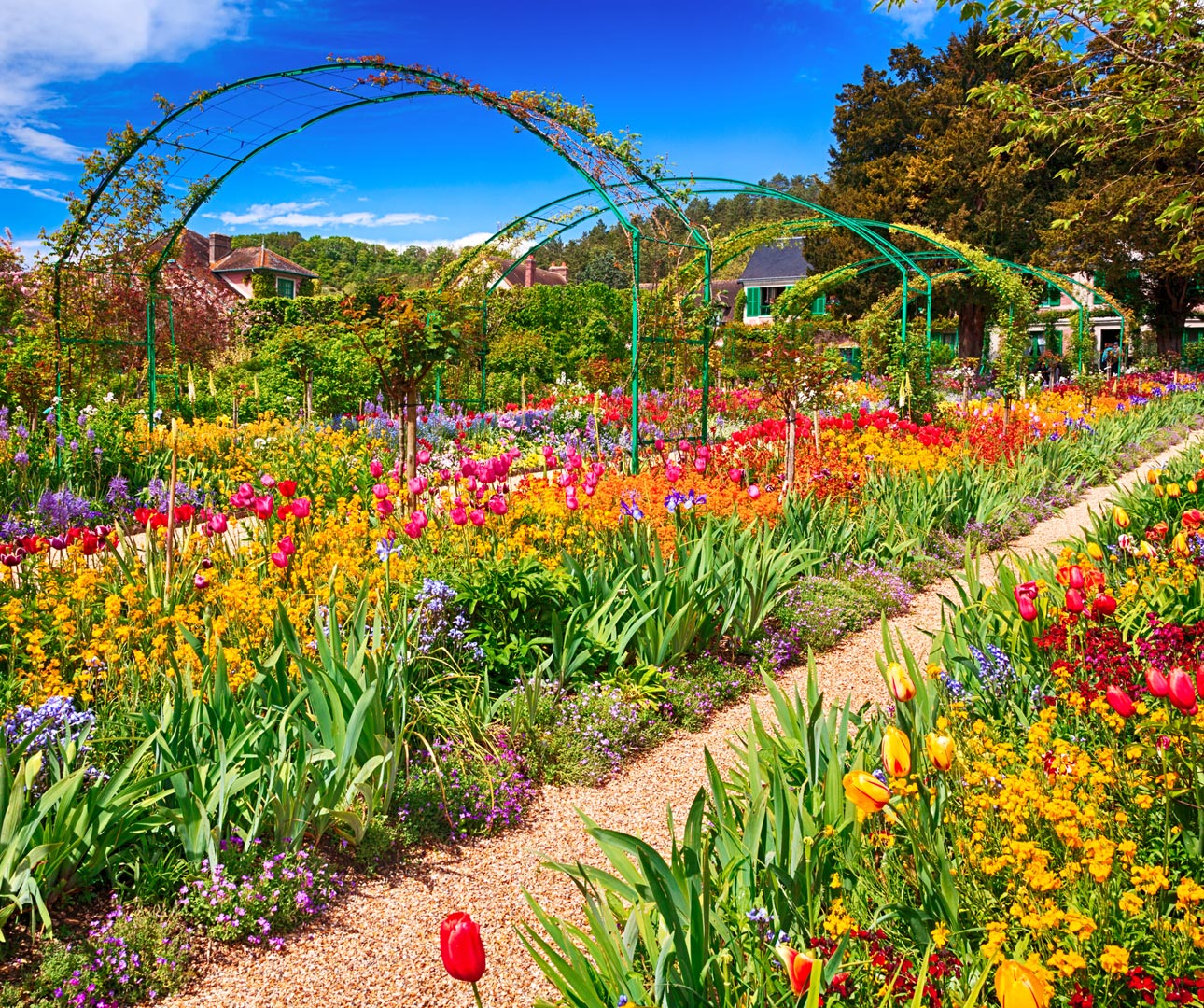 An hour’s drive north of Giverny is the ancient city of Rouen. The capital of Normandy, Rouen is steeped in history, having been the site of the burning of Joan of Arc in 1431, and is also home to a spectacular gothic cathedral. This staggering monument captivated Monet so intensely that he set up a studio directly opposite it in the 1890s, so that he could paint it in the changing light and weather. The result was an impressive 30 paintings of this single Rouen landmark.

From here, travel onwards to Honfleur, an Impressionist’s dream landscape. This pretty fishing town played an important role in Monet’s artistic career, as it was the place where a young Monet met the man who, he later claimed, persuaded him to pick up a paintbrush. Aged 18, Monet met French painter, Eugène Boudin, known as one of the first French landscape painters to paint outside. At that point, the man who was to become the most famous Impressionist painter of all time was working as a caricaturist, but Monet later suggested that it was Boudin who turned his mind to landscape painting. Discover the old-world charm evoked in Monet’s Rue de la Bavole, Honfleur painting as you wander through the narrow, cobbled streets of this seaside village.

Just across the estuary from Honfleur is Le Havre, and while today it’s better known as the biggest container port in France, it’s also arguably the birthplace of Impressionism. This is where Monet grew up, and where he painted the sunrise coming up over the port, titling it Impression, Soleil Levant, and thus giving the subsequent movement its name. Whether you’re traveling by the Normandy coast or journeying through the verdant dairy lands further inland, you’ll be sure to notice the changes in light and riot of color that typifies the region, and which appears in many of Monet’s paintings. While the local places Monet knew have gone through significant changes since the 19th century, and the majority of the artist’s paintings of the region are now on shown in the most prestigious museums around the world, the artistic spirit of Normandy can still be experienced today.

Insight Vacations
September 6, 2017
Previous
Everything You Need to Know About Prosecco
Next
The Secret To Mindful Travel
You might also like
One of the following
May 13, 2022