Five Incredible Castles to Discover in the Balkans 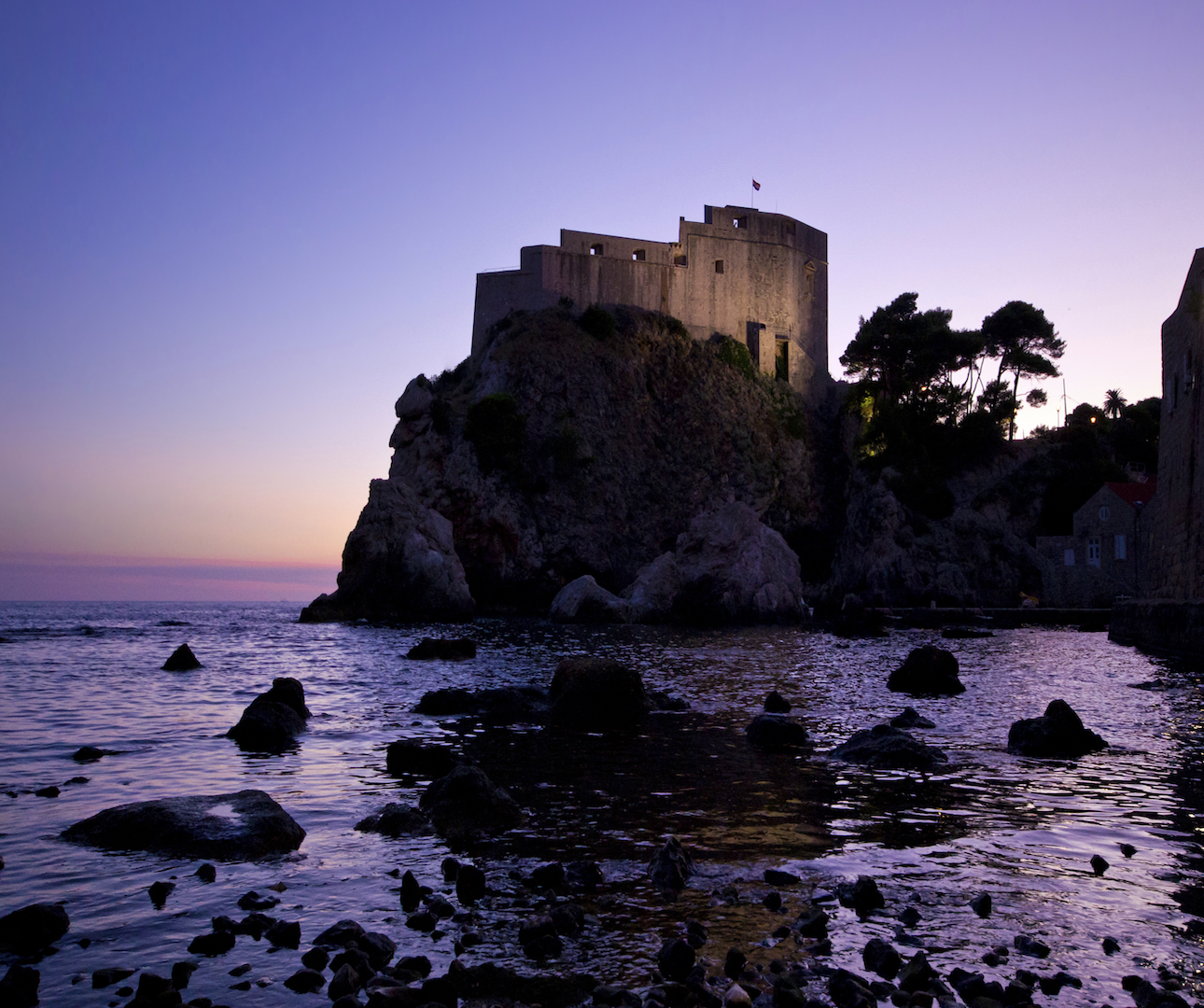 Five Incredible Castles to Discover in the Balkans

Visitors to the Balkan Peninsula are spoiled for scenery. From mountains that crumble into picturesque coves to valleys of monasteries that glow with the bold colors of Byzantine art, almost no beauty can match Mother Nature’s. Almost, that is, because topping the ridges, guarding the passes and standing tall like stone sentinels at the river bends are the grand ramparts of this vital European crossroad. Usually rugged, spectacular and built out of the local stone, dozens upon dozens of Romanian forts, Bulgarian redoubts, Serbian castles and Croatian citadels look almost as if they’ve been carved out of the landscape. To make sure you experience the most impressive during your time here, we’ve selected five of the most fairytale castles to discover in the Balkans. 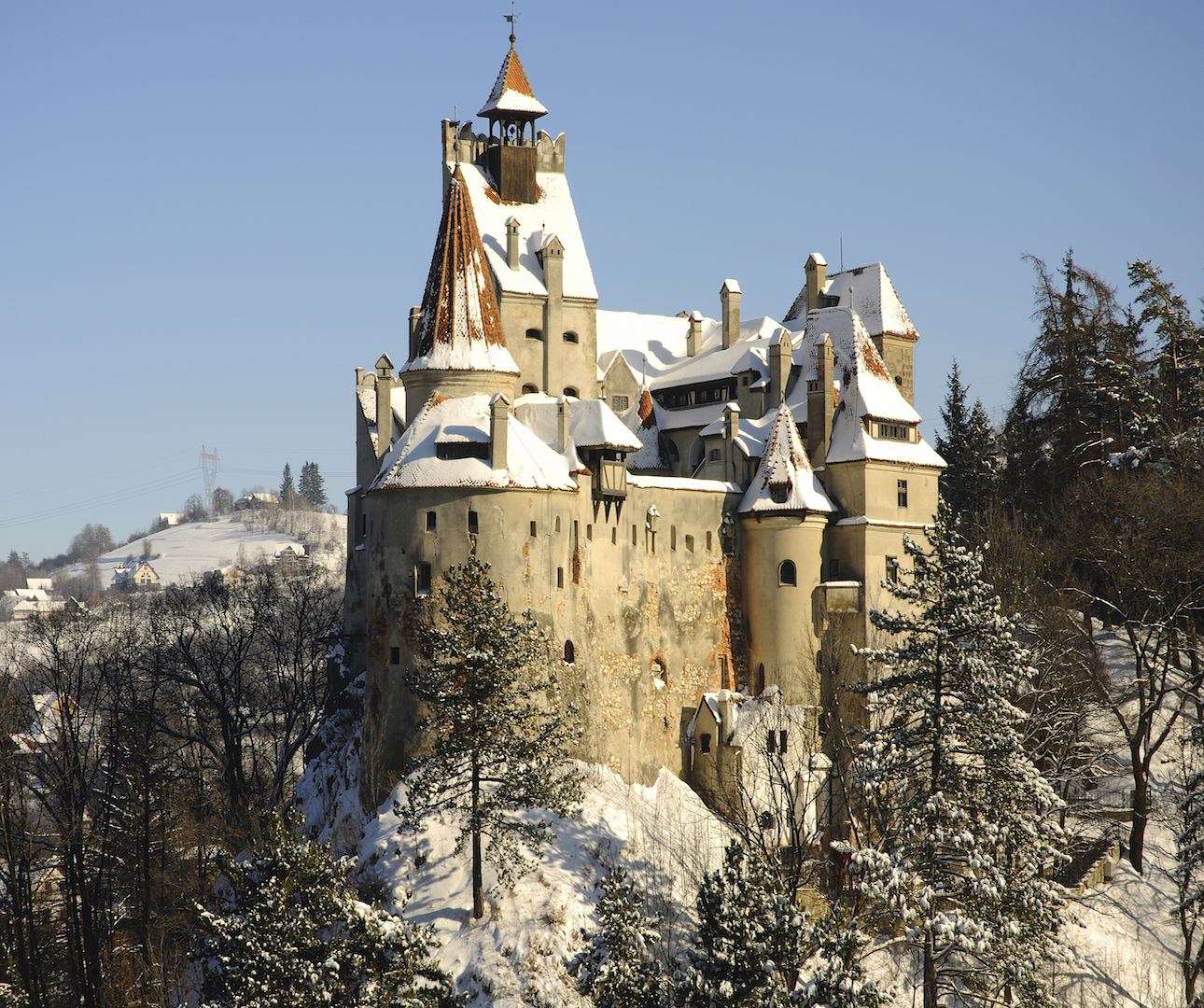 Ever since Bram Stoker described Count Dracula’s castle as ‘on the edge of a terrific precipice…where the rivers wind in deep gorges through the forest’, people have been pointing enthusiastically towards Bran Castle in Romania as the obvious location. If Vlad III, Prince of Wallachia (AKA ‘Vlad the Impaler’) is counted as a legitimate historical model for Dracula, they may have a point since he was likely imprisoned in the dungeon at Bran Castle for a while during the 15th century. Full of creaky wooden rooms, dark stone passageways and antique furniture, the castle certainly fits the bill when it comes to eerie appeal. But it’s really the exterior the steals the show. Soaring up to 60 meters and set on a bluff in the middle of a forest, there are few sights that can inspire the imagination quite like Bran Castle. 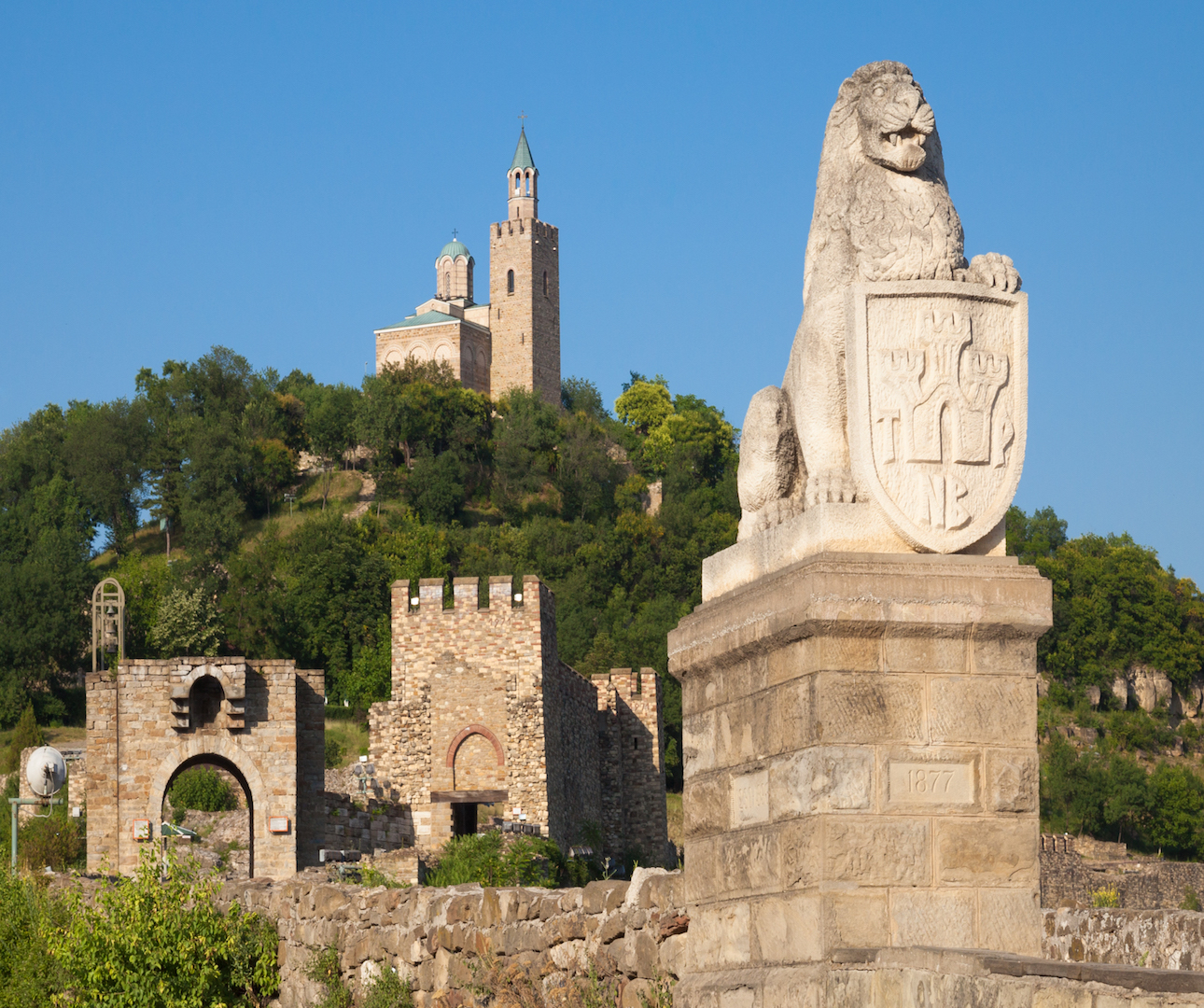 Spectacularly large, sometimes Tsarevets Castle can feel a little more like a small town than a fortress, but it’s the castle’s emotional appeal rather than the statistics that really draws in the crowds. Seen for centuries as the country’s premier stronghold, it sits near the nation’s heartstrings as the soul of Bulgaria. As befits such an important site, the whole place has been sacked a number of times by marauding armies, yet still contains over 400 houses, 18 churches and walls that reach up to 12 meters high. Perhaps its most popular parts, however, are the rather haunting Execution Rock, from which traitors were flung into the Yantra River below; and Baldwin’s Tower, where a crusader who looted the capital of Constantinople was reportedly put to death.

Often called ‘Dubrovnik’s Gibraltar’, Lovrijenac dominates the city’s two main entrances by land and sea. Famous in the medieval period as a working fortress, it has gained notoriety today as the Red Keep of the much-loved TV series Game of Thrones. Towering 37 meters above the Adriatic, if passersby are left in any doubt as to its purpose, the Latin inscription above its entrance reads, ‘freedom cannot be sold for all the gold in the world’. In recent times, the castle has played a more benevolent role in Croatia’s history, hosting sessions of the PEN club (an International association of writers formed in the 1920s to promote freedom of expression) as well as performances of Hamlet, the symbol of Dubrovnik’s Summer Festival. 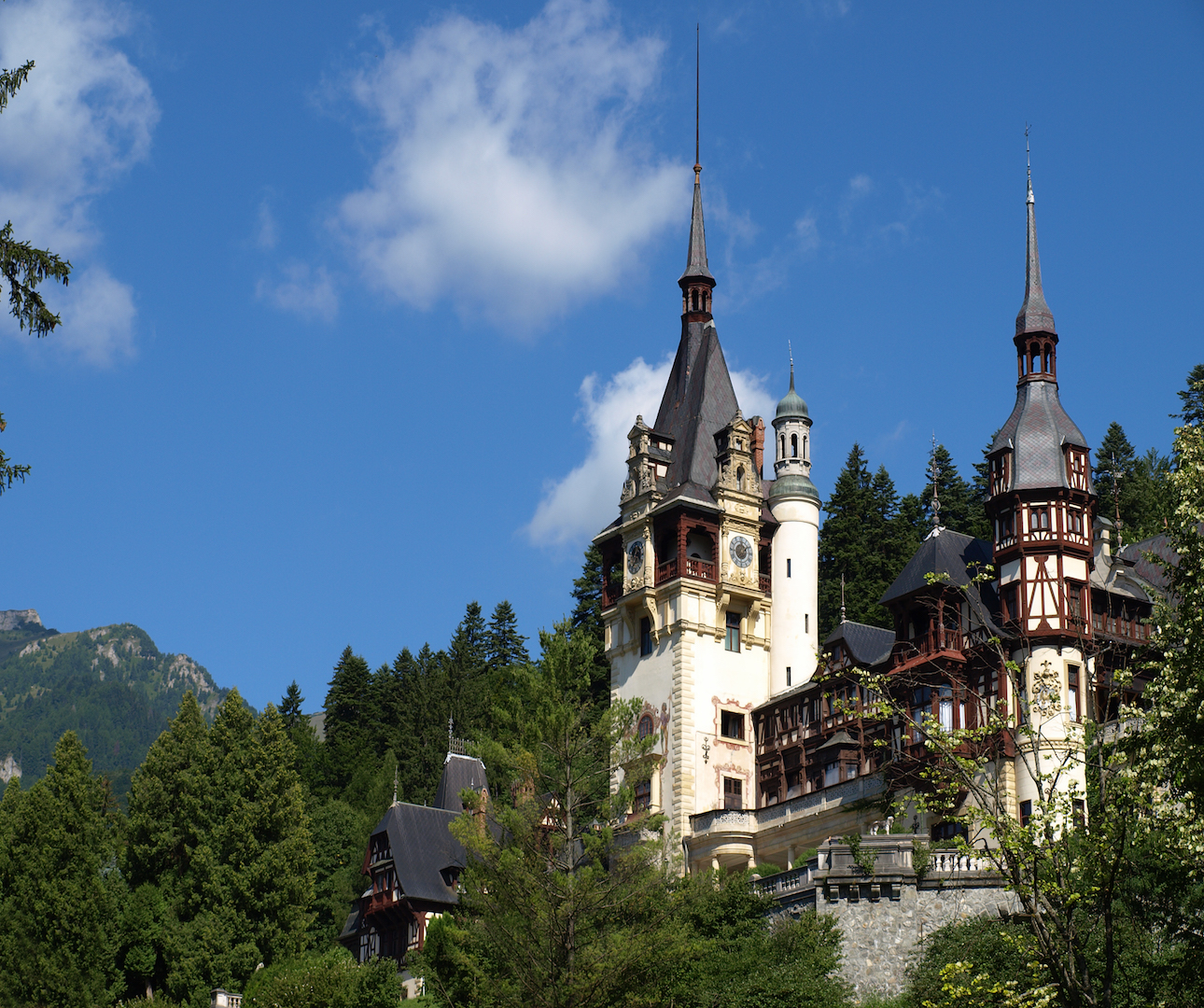 Nestled within its fairytale turrets at the foot of the Bucegi Mountains, Peles Castle is known for its unusual architecture and design. Completed in 1883, the manorial masterpiece blends historical periods with ease. So while it may be the first European castle to be entirely lit by electricity, it also possesses over 4,000 pieces of medieval arms and armor, and while Gustav Klimt may have had a hand in designing its theater, the castle is also packed with old wonders from Izmir rugs to Florentine bronze doors. Perhaps what’s most remarkable about Peles, though, is how its moods shift with the weather. In the cold mists of autumn and winter, the fortification looks dark, brooding and Germanic, whereas in the lighter months the Italianate garden comes into its own and visitors can see exactly why a glittery list of royals and statesmen have chosen this location as their summer residence. 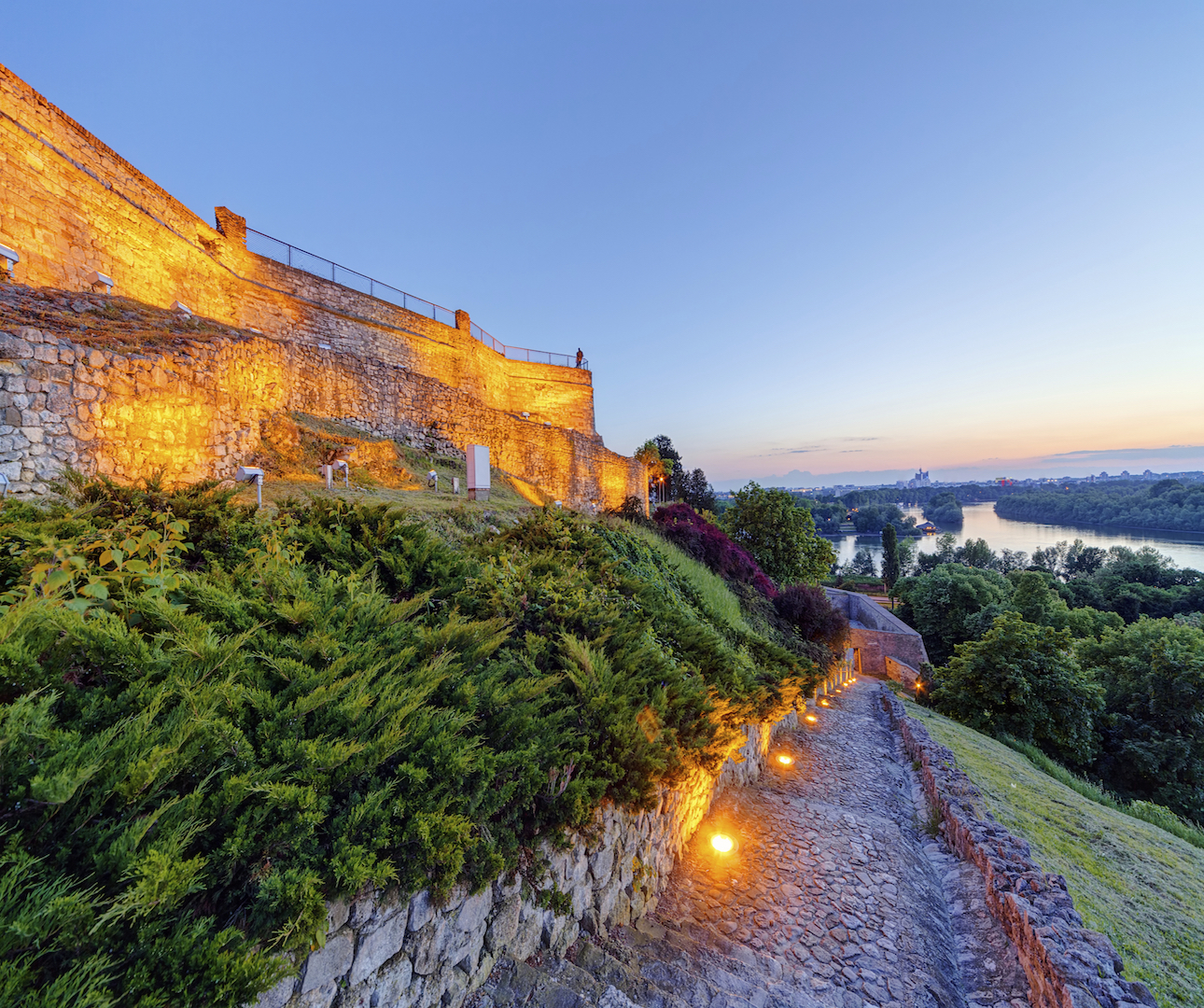 Located at the point where the Sava River flows into the Danube, Kalemegdan has seen over 100 battles in its lifetime and looks aggressively military from every angle below. Up on top is a different story, however. Mostly filled by a pretty park dotted with benches, sculptures, street vendors and chess players, many platforms offer the perfect spot to witness the sunset over the water. There’s also a military museum nearby, which contains a smattering of cannon, military transports and tanks.

If imposing fortifications, dramatic locations and spirited legends have you all fired up to visit these castles in the Balkans, why not book a place on the Treasure of the Balkans trip?

Previous
Speaking for Those Without Voices: TreadRight Foundation’s Wildlife Initiative
Next
A Guide to Mushing in Alaska

Insight Vacations
September 18, 2016
Previous
Speaking for Those Without Voices: TreadRight Foundation’s Wildlife Initiative
Next
A Guide to Mushing in Alaska
You might also like
One of the following
January 26, 2023