BBQ isn’t simply another strand of cuisine in the States; it’s one of the most hotly contested foods, provoking pride, hunger, and finger-licking happiness. From North Carolina to New Orleans, BBQ can mean anything from sweet, sticky ribs and cracklin’ to burnt ends, crispy chicken and Korean-style pork belly. Here, we take a look at five of the best places to try authentic American BBQ across the United States, and what makes their meats, sauces, local flavors and melt-in-the-mouth cooking styles stand out from the crowd. 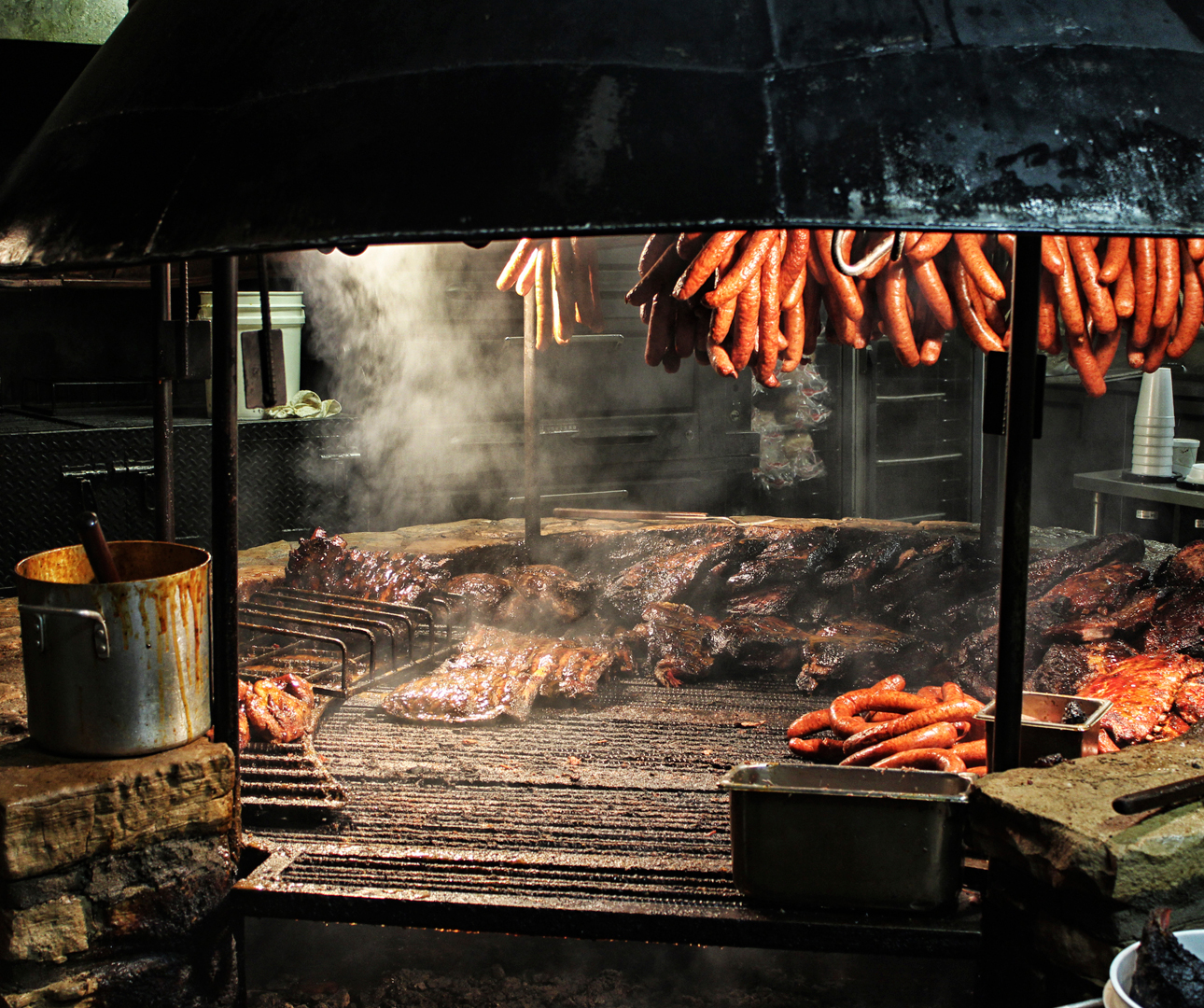 Pork is king in North Carolina, and has been since the Spanish transported pigs here in the early 16th century. But so is variation, from Eastern North Carolina, with its whole hogs drenched in vinegar sauces, to South Carolina and its mustard based dishes, with the Piedmont style (where the meat is served dry) and the Mountain style (where the sauce is a sweet-hot ketchup) in between. In the North, two principle styles reign, however: the Eastern style, which has the cracklin’ served alongside the meat, providing texture and crunch to the tender, salty flesh, and Lexington, which only uses the pork shoulder or ribs. One thing all Carolinians agree on though is that American BBQ pork must be cooked over hardwood coals. 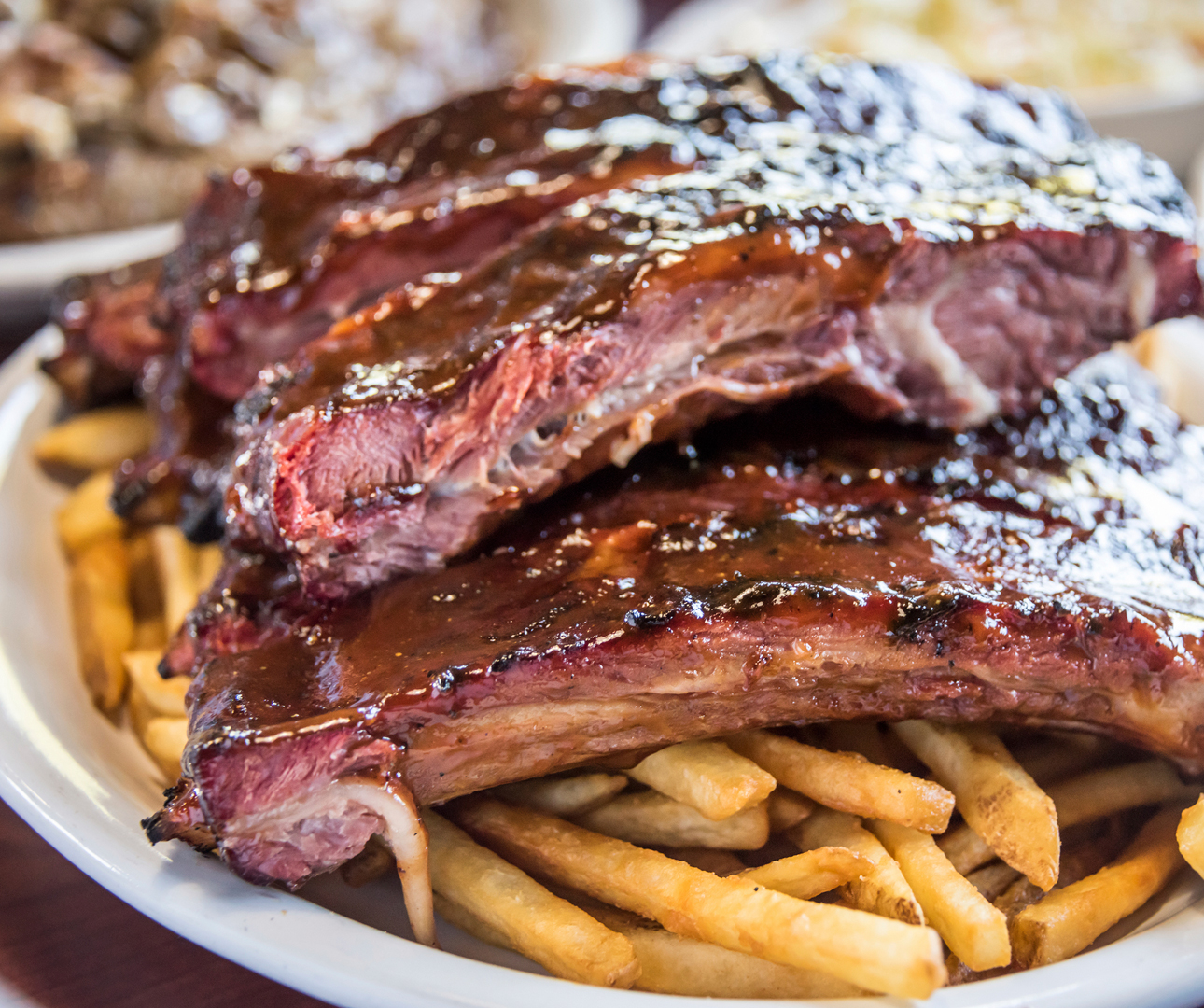 The Sumptuous Soul of America

Illinois, and its largest city Chicago, are known chiefly for their hot links and rib tips. These might not be glamorous (being little more than gristle) but when thrown together as a coarse spicy sausage, this BBQ staple, cooked over a good hardwood such as hickory, white oak or elm, and doused in spicy sauce atop slices of thick white bread, makes one of the most beloved meals around. Don’t miss out on the rib platters, either– always drenched in tangy, sweet sauces and slow-cooked on a charcoal pit, they are the Land of Lincoln’s pride for a reason.

Part of California since Mexicans and Vaqueros (Cowboys) sizzled their beef in pits on ranches in the early 19th century, BBQ’s most favored style in the Golden State is undoubtedly the Santa Maria. Using a tri-tip cut of beef and refusing to fall back on the help of sauces, Santa Maria’s style relies on the beef’s natural flavors, some salt, pepper and garlic, and some lip-tingling salsa. Served trimmed and sliced with French bread and Pinquito beans, if you fancy something a little different, Los Angeles’ Korean BBQ is some of the best in the country, with pork belly, marbled short rib and others vying with the cream of Seoul. 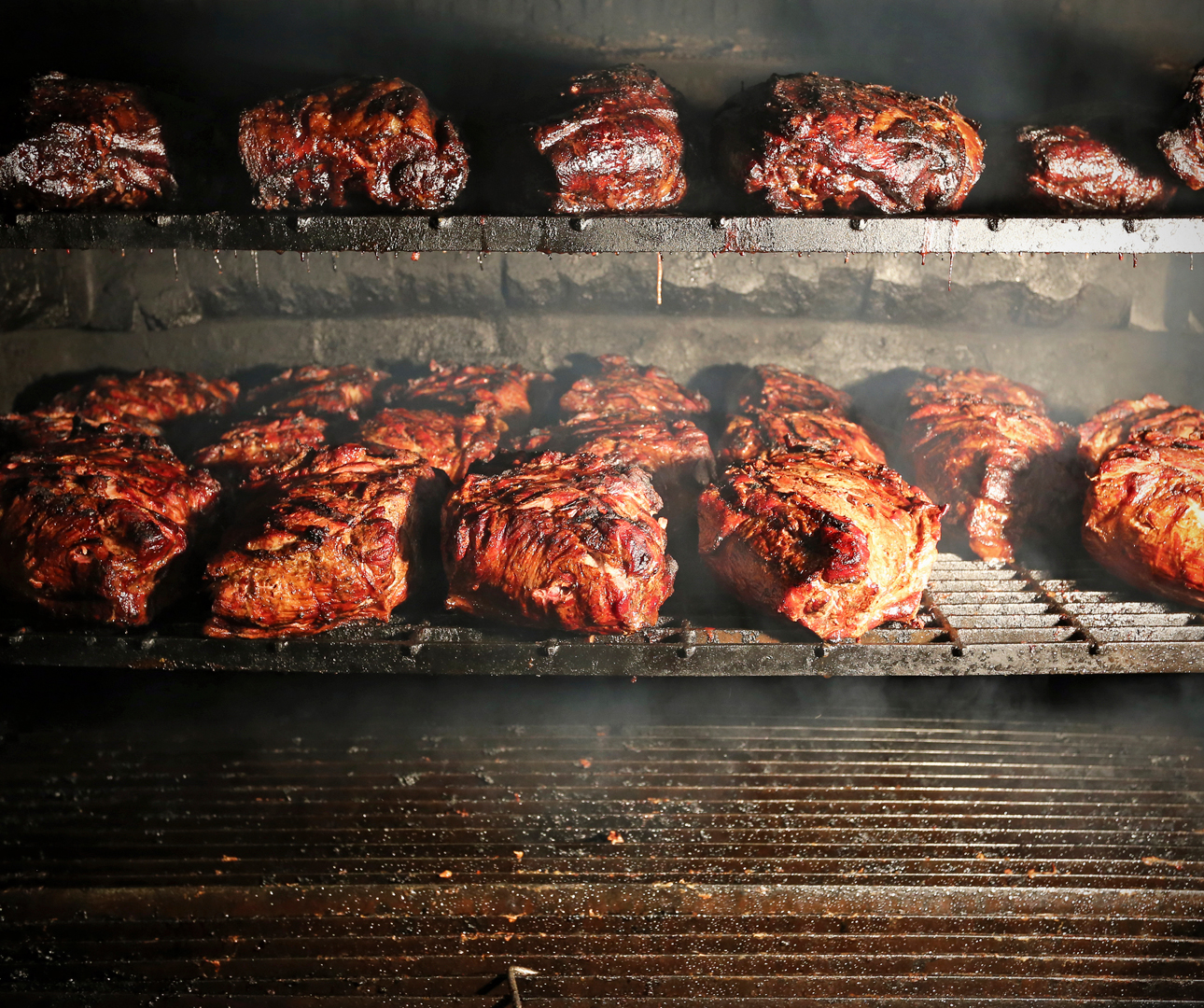 Louisiana, with the “Big Easy” on its South Eastern shoreline, has an individual style of American BBQ that features cane-sugar sauces, Tabasco marinades and Caribbean spices. Some complain that the state’s stuck between many traditions, but in reality it blends Texan BBQ techniques with Cajun and Creole cuisines. The result is a hybrid that packs the heat of Texas and the tang of the East, without succumbing to the saccharine sweetness that the Memphis style is sometimes accused of. 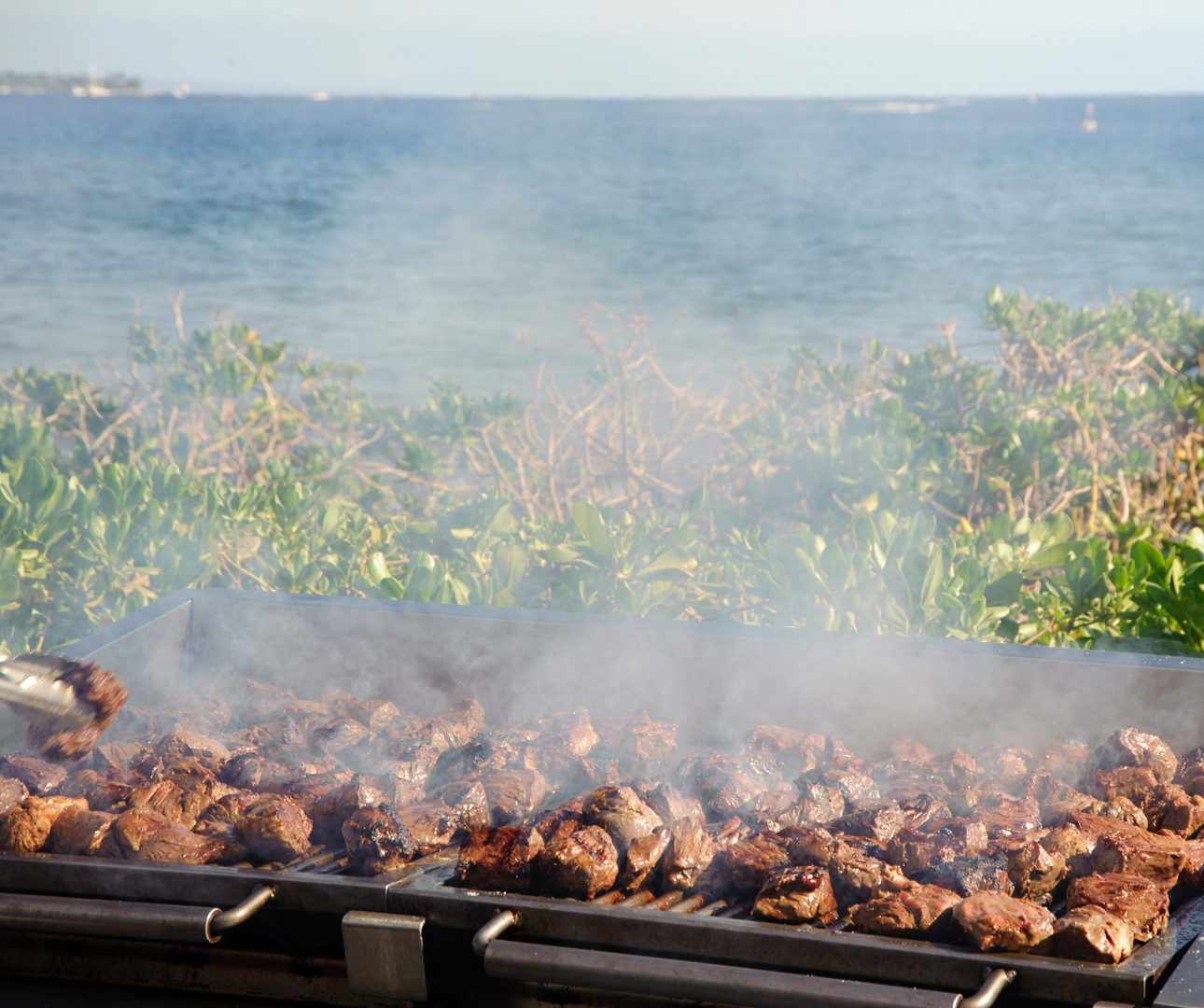 Native Hawaiians have used a BBQ pit called an “animu” for centuries. Using dry meats (which can include anything from alligators to lizards) rubbed with salts, red peppers and basted with lemon juice, these cuts are then wrapped with banana leaves and thrown into the animu to cook before being served, usually at big parties (“lu’au”), without sauce. And should you have your fill of all the crispy chicken, tender short ribs or succulent Lau Lau pork, successive waves of immigration from across the Pacific means there are plenty of Asian fusion options to try, too.

Insight Vacations
July 29, 2016
Previous
Seven Extraordinary Experiences in India
Next
Ten Facts You Never Knew About the Royal Edinburgh Military Tattoo
You might also like
One of the following
November 29, 2022