A Geographical Wonder: An Exploration of Hawaii’s Nature Spots 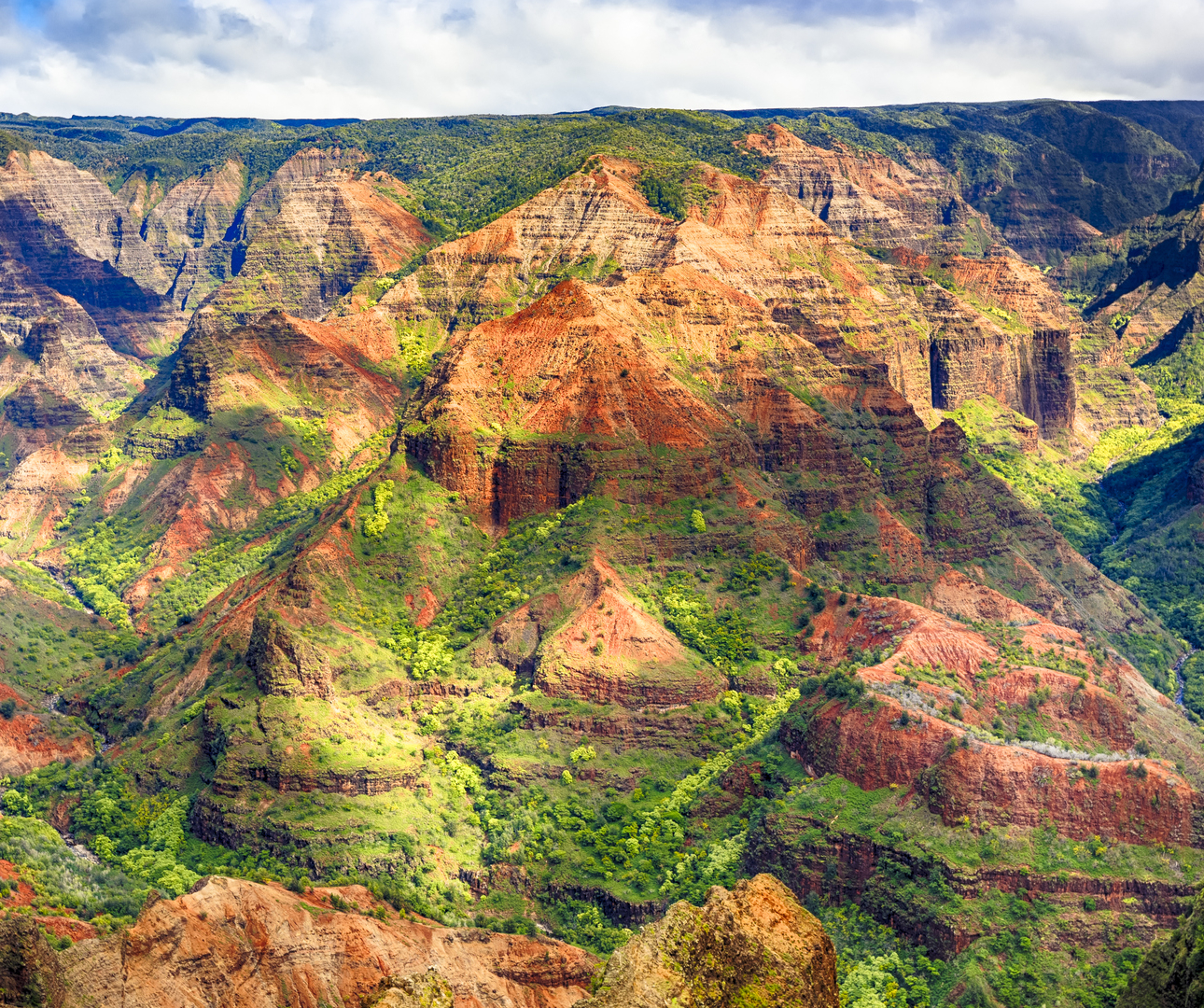 A Geographical Wonder: An Exploration of Hawaii’s Nature Spots

Hawaii bursts at the seams with natural beauty. Think rumbling volcanoes, sugar-sand beaches, lush jungle and precipitous cliffs and you’re almost there. And thanks to endless sunshine, as well as gentle trade winds and mild temperatures, the islands – which are the verdant stumps of a rock chain that stretches 3,000 miles away to the North Pacific Ocean – possess some of the world’s most stunning scenery. Don’t take our word for it, though, read on for a guide to Hawaii’s most jaw-dropping nature spots… 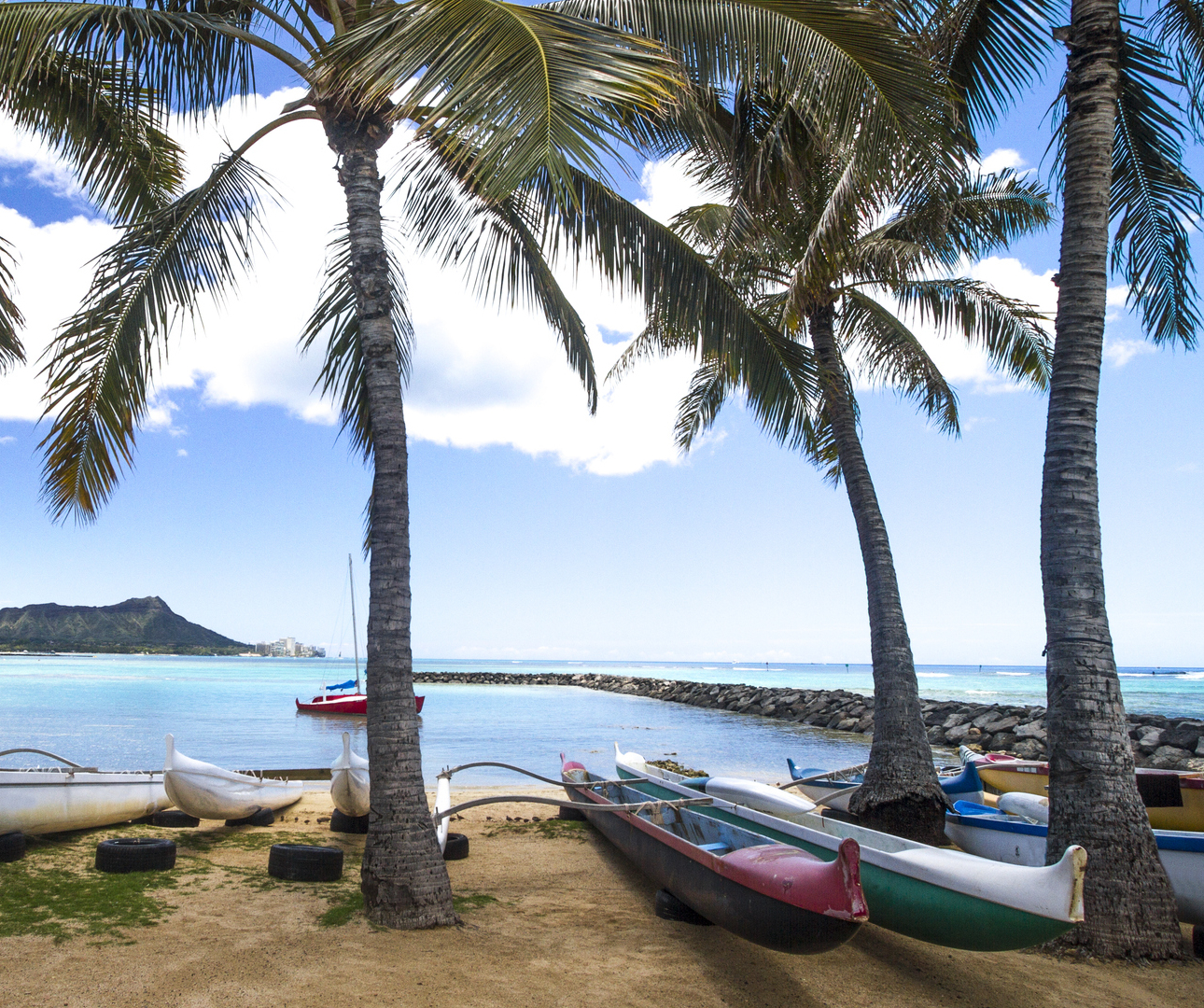 Located on the south shore of Honolulu, Waikiki (meaning “spouting waters”) was once a rather hallowed patch that Hawaiian royalty often visited. Now more famous for its beaches and those that’ve surfed its waves (like surf legend, Duke Kahanamoku), its combination of palm-fringed shores, hula dancing, surfing and outrigger canoe-racing makes it a must-do destination. 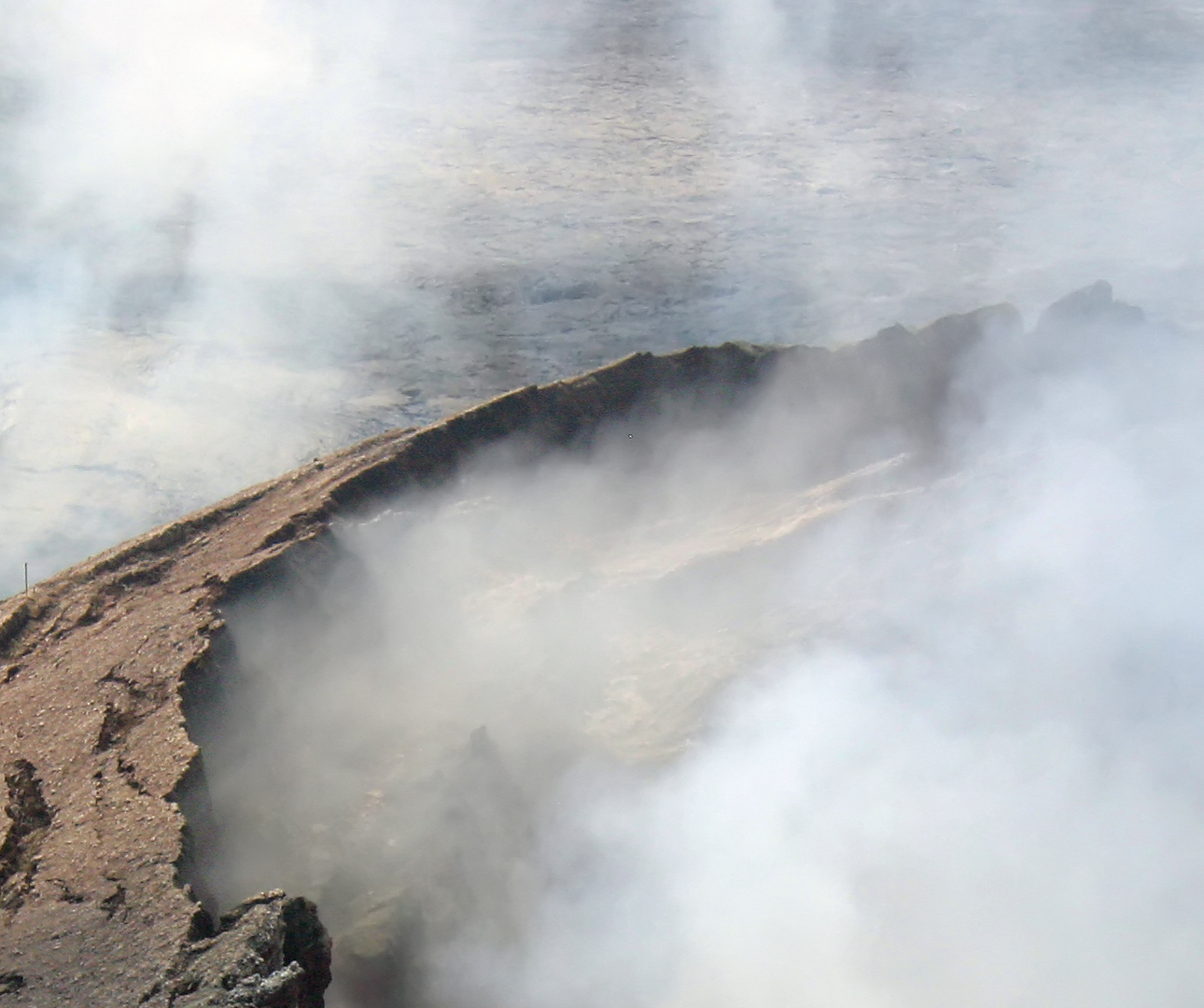 Calm, sultry beaches can hardly compete with nature at its most active, and a good example of the latter is the Halona Blowhole. Just a 15-minute drive from Waikiki, its molten lava tubes extend to the ocean, pushing water up through its exit up to a height of 30 feet in the air. Lava on Hawaii, even at its most static, is an incredible sight, as a few glances at the dark, lunar-like landscapes of the lava fields will demonstrate. If visitors are lucky they will see its amber glow shuffling slowly from platforms of safety – especially around the ocean near Kalapana (on the east side of the Big Island), which is particularly active now. 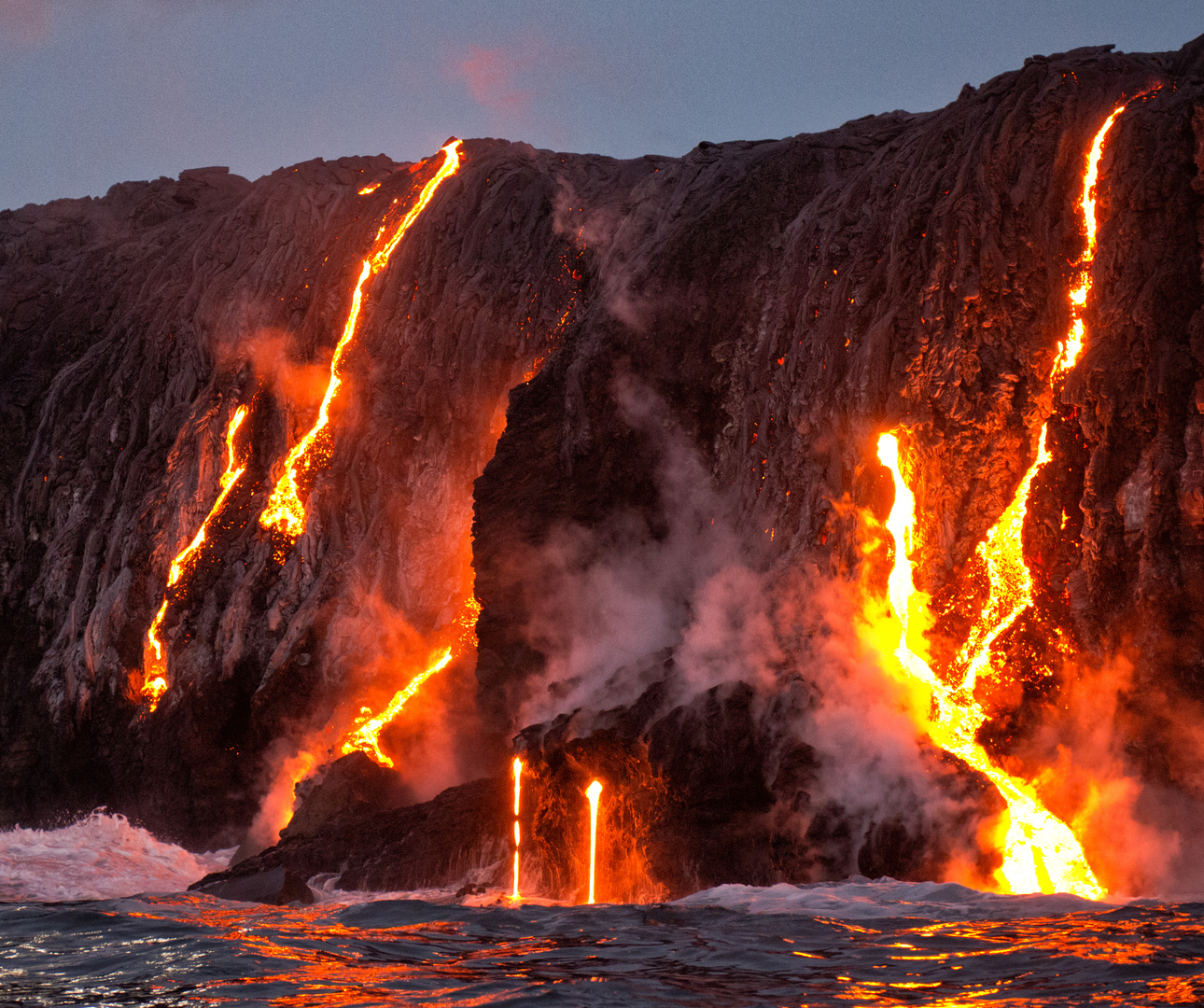 These are all footnotes compared to the Volcanoes National Park, though. Offering the chance to spectate the primal process of creation and destruction that our earth is the product of, its most impressive volcano – Kilauea – is a sacred place for the Hawaiians, who believe the volcano goddess, Pele, lives there. Surrounded by 150 miles of hiking trails that cover craters, calderas, scorched deserts and abundant rainforests, the park’s beautiful extremes have earned it the honor of being made a UNESCO World Heritage Site. 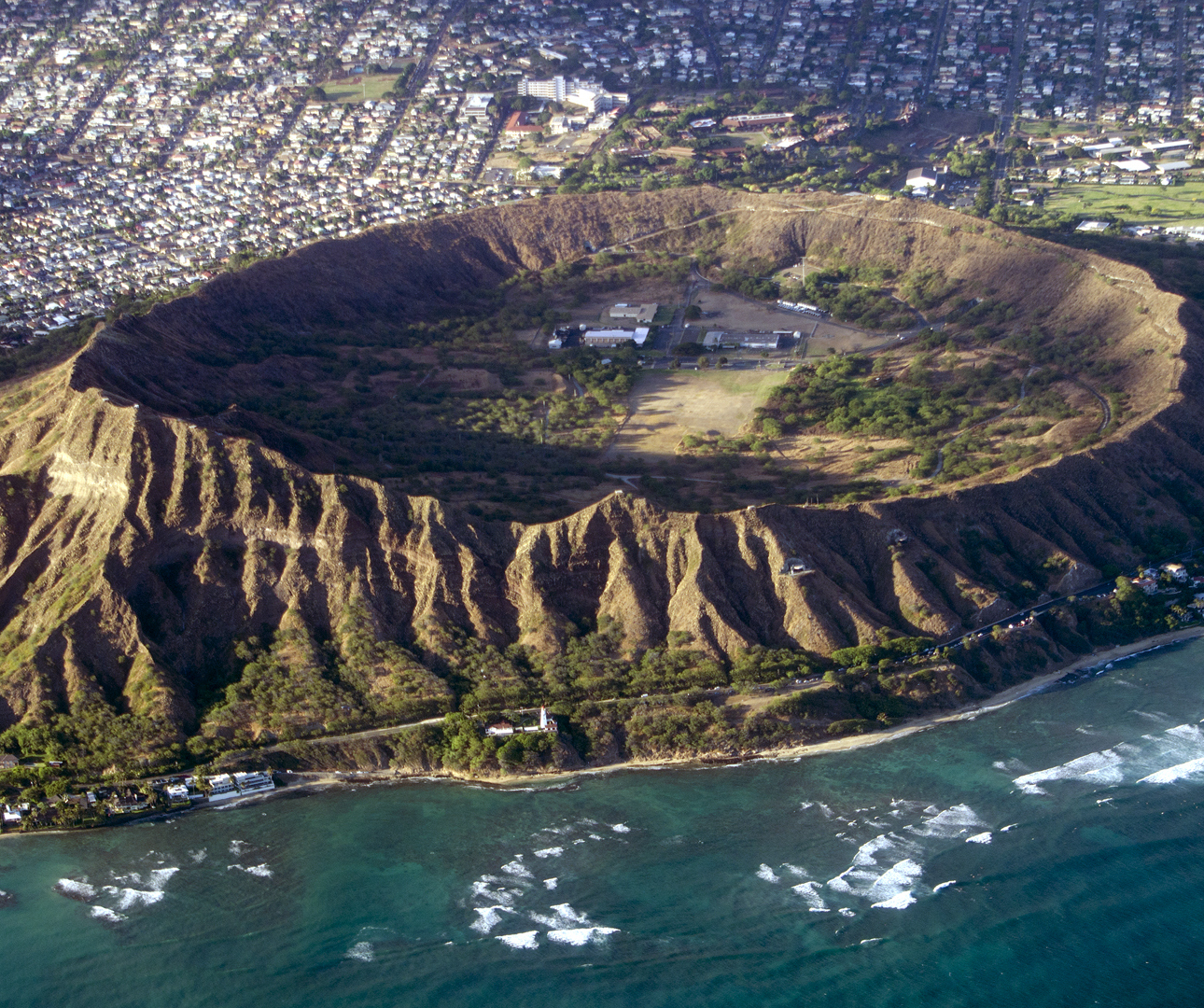 Nearer the shore, the photogenic Diamond Head – an extinct volcano – is one of the island’s largest landmarks. Though it has stiff competition from the likes of Waimea Canyon on Kauai’s west side, which is often dubbed the “Grand Canyon of the Pacific”. 14 miles long, one mile wide and more than 3,000 feet deep, its crags, gorges, buttes and escarpments all leave visitors speechless by the sheer scale. 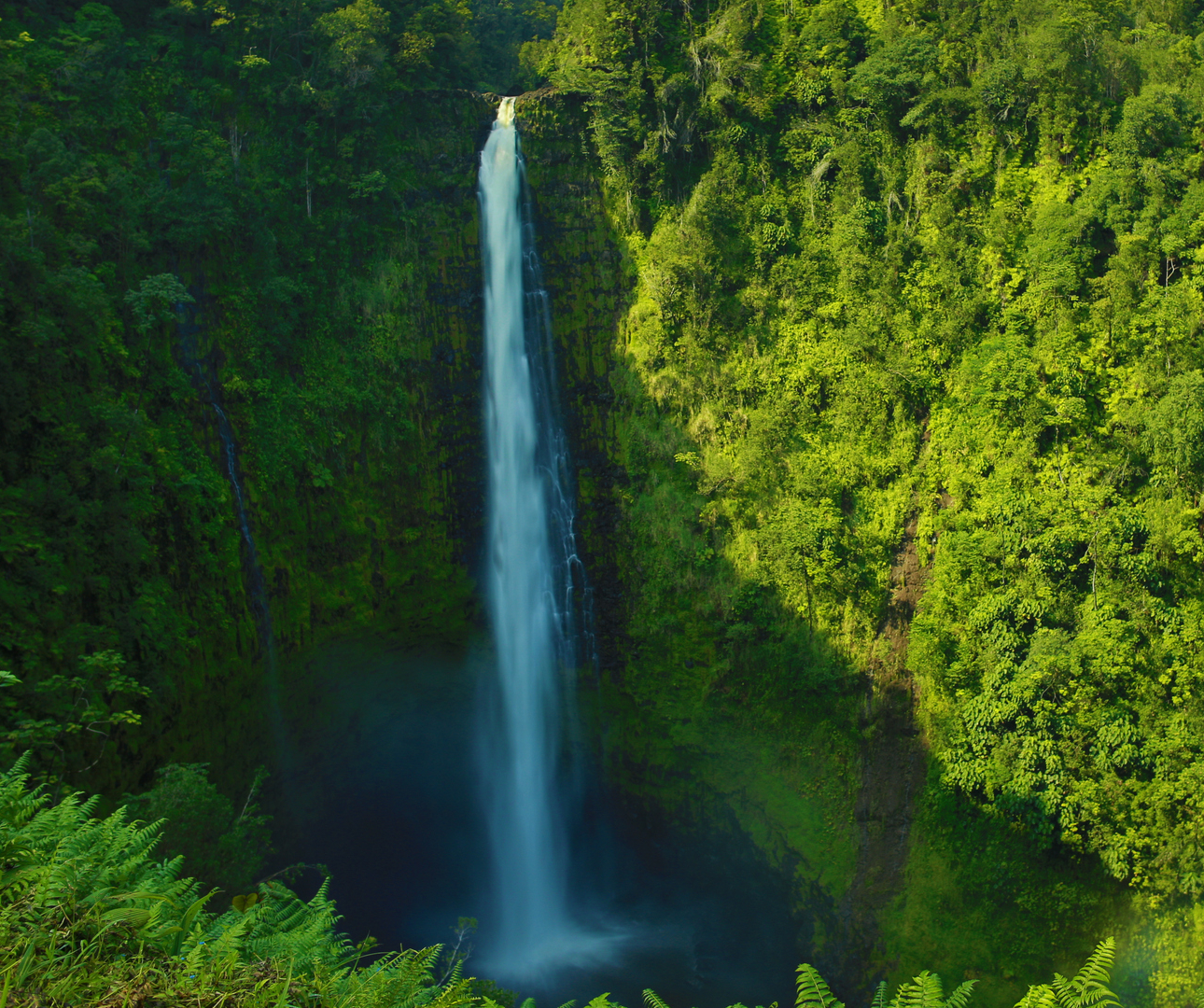 The only element that would complete the picture would be the sound of gushing water, the plumage of exotic birds, and the cool spray of a waterfall. Yet again, Hawaii does not fail to supply. At the Akaka Falls State Park, after a short hike through wild orchids, bamboo groves and ferns, there’s the 100-foot Kahuna Falls, with the 442-foot drop of the Akaka Falls gorge nearby. Both are dwarfed by the 1,450-foot plunge of Hiilawe Falls, however. Cascading down the sides of the Waipio Valley, just remember to visit in the wet season, as it has a habit of drying up.

If the thought of exploring Hawaii’s geographical wonders has you wishing to swim its coast, see its volcanoes or touch its waterfalls, why not book a place on the Tropical Hawaiian Paradise Escape trip?

Previous
Cruising the Croatian Coastline in Perfect Style
Next
The Chelsea Flower Show 2017: An Interview with Helen Basson and Tracy Foster

Insight Vacations
April 10, 2017
Previous
Cruising the Croatian Coastline in Perfect Style
Next
The Chelsea Flower Show 2017: An Interview with Helen Basson and Tracy Foster
You might also like
One of the following
March 31, 2022