A Guide to Aboriginal Australia

A Guide to Aboriginal Australia

From traditional music and dance to bush foods and natural medicines, the Aboriginal peoples of Australia possess a fascinating history and culture. Discover the beauty of Aboriginal art and music, explore ancient sites and spiritual locations, and uncover the mystical power of Dreamtime on your next trip Down Under.

The didgeridoo, which sits at the heart of ancient Aboriginal music, is made from trees hollowed out by termites, and is possibly one of the world’s oldest instruments. Used to enhance stories (imitating a dingo drinking from a hole, for instance) or to build up a sense of tension in energetic clan songs, they’re often accompanied by clackety clapsticks (that strike complex rhythms) and the versatile ‘wah-wahs’ of the gum-leaf. 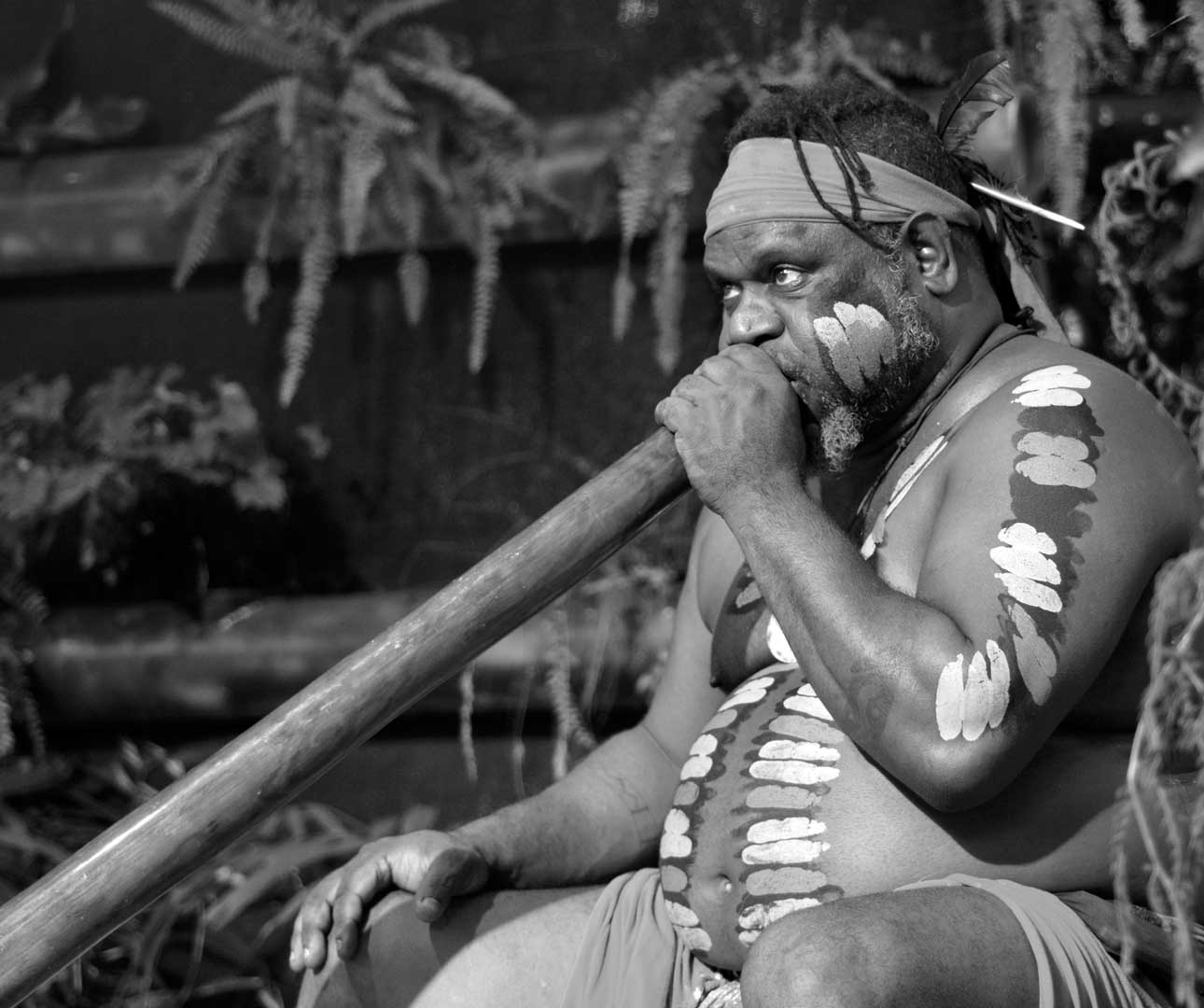 Cook up a treat, Aboriginal-style

When most people look at the outback, they see a wilderness. Aboriginals, however, see a kitchen pantry. Described in their own vocabulary as ‘bush tucker’, the cuisine has an extraordinary range. From the carnivorous end, which includes kangaroo, emu and crocodile, down to the insect group, which features honey ants and witchetty grub, there’s also quandong (a kind of peach), bush tomato, yams and macadamia nuts to enjoy. 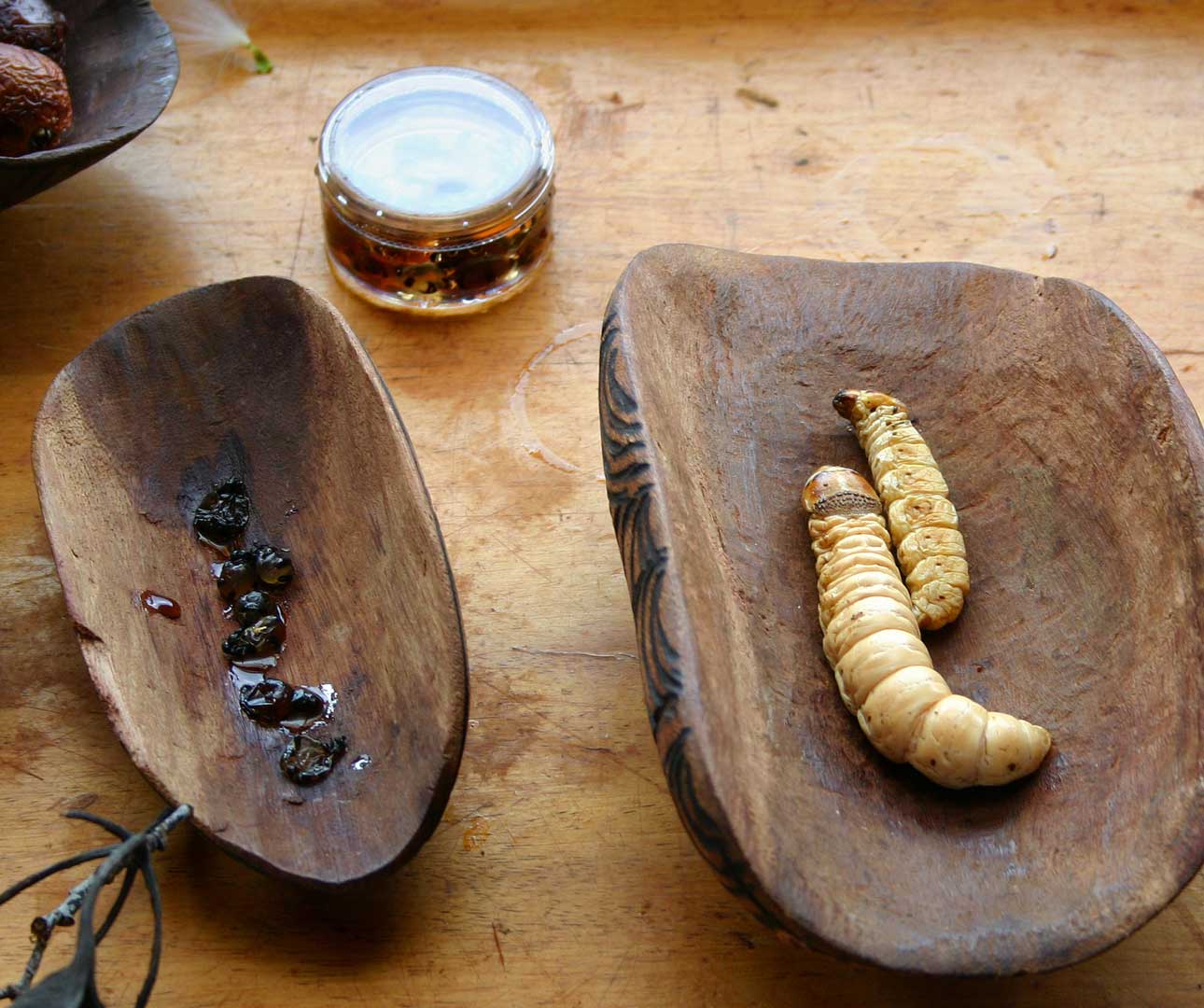 The Aboriginal peoples believe the earth is eternal and that the ancestors who created it can still be communicated with through ritual. The creation period is usually called “The Dreamtime” and whilst located in the past, does not necessarily belong to it. This is because the Dreamtime can be accessed today by those who enter via different states of consciousness – such as dreams, for example. Tjurunga are often used to enable or exacerbate these experiences. Considered sacred stones or wooden articles, Aboriginals believe that they act as portals on to otherworldly dimensions. 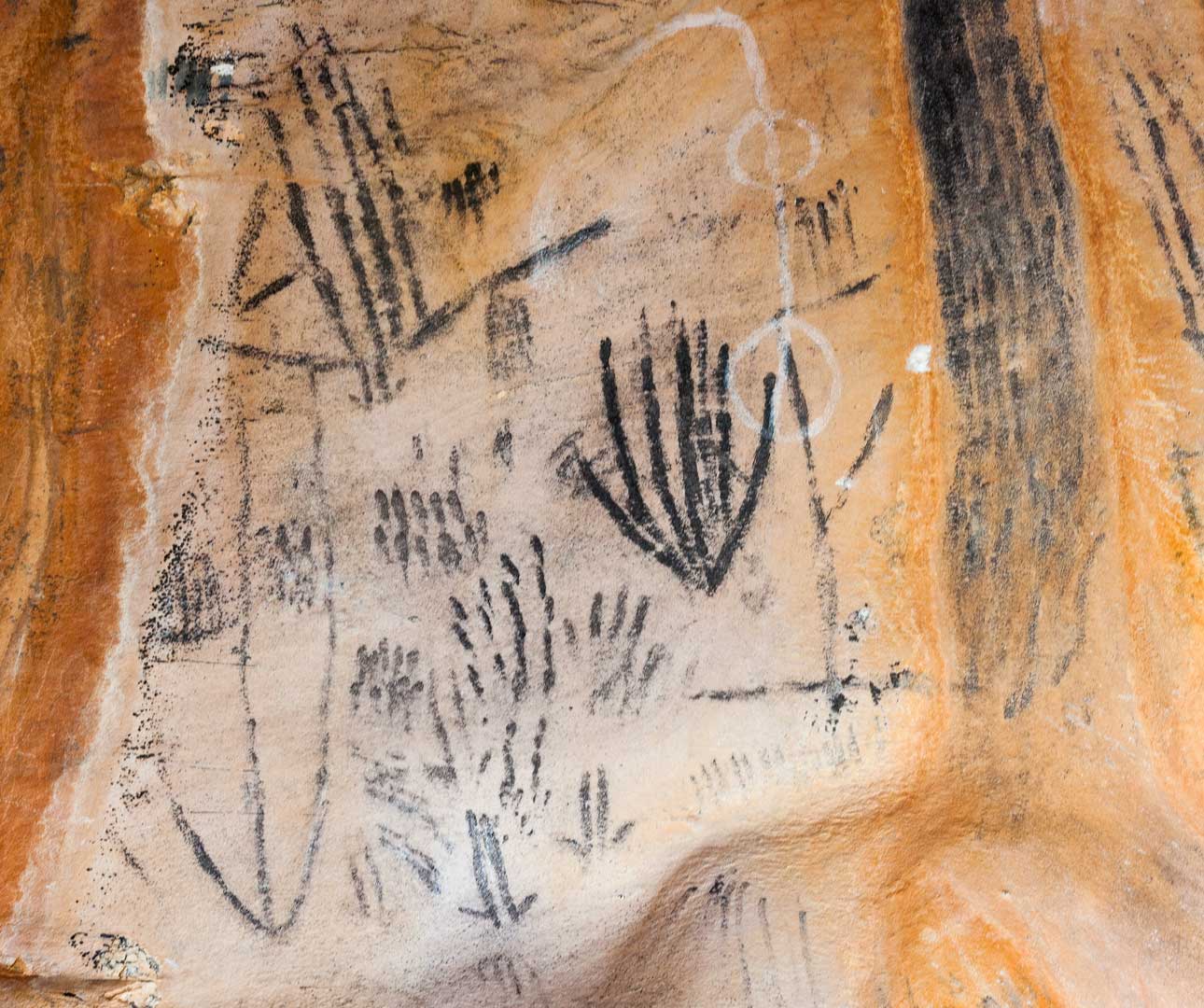 Tea tree oil may be found at most pharmaceutical stores today, but once upon a time it was used only in the Aboriginal outback. It wasn’t until the 1920s that the rest of the world found that its own antiseptics were not as effective as this pungent oil. The Kakadu plum (also known as the Billy Goat plum) has played a major part in Aboriginal life, too. Containing 50 times the vitamin C of an orange, it has ensured people have kept well-nourished in a landscape that can be harsh on the diet.

If you’d like to find out more about Aboriginal culture, why not book a trip on the Kakadu – Australia’s Secrets trip, which visits several important Aboriginal sites, including fabulous examples of rock art.

Previous
Stamps of the Divine: The Six Churches You’ll Instantly Fall in Love With
Next
A Foodie’s Guide to the Loire Valley

Insight Vacations
March 6, 2017
Previous
Stamps of the Divine: The Six Churches You’ll Instantly Fall in Love With
Next
A Foodie’s Guide to the Loire Valley
You might also like
One of the following
November 29, 2022