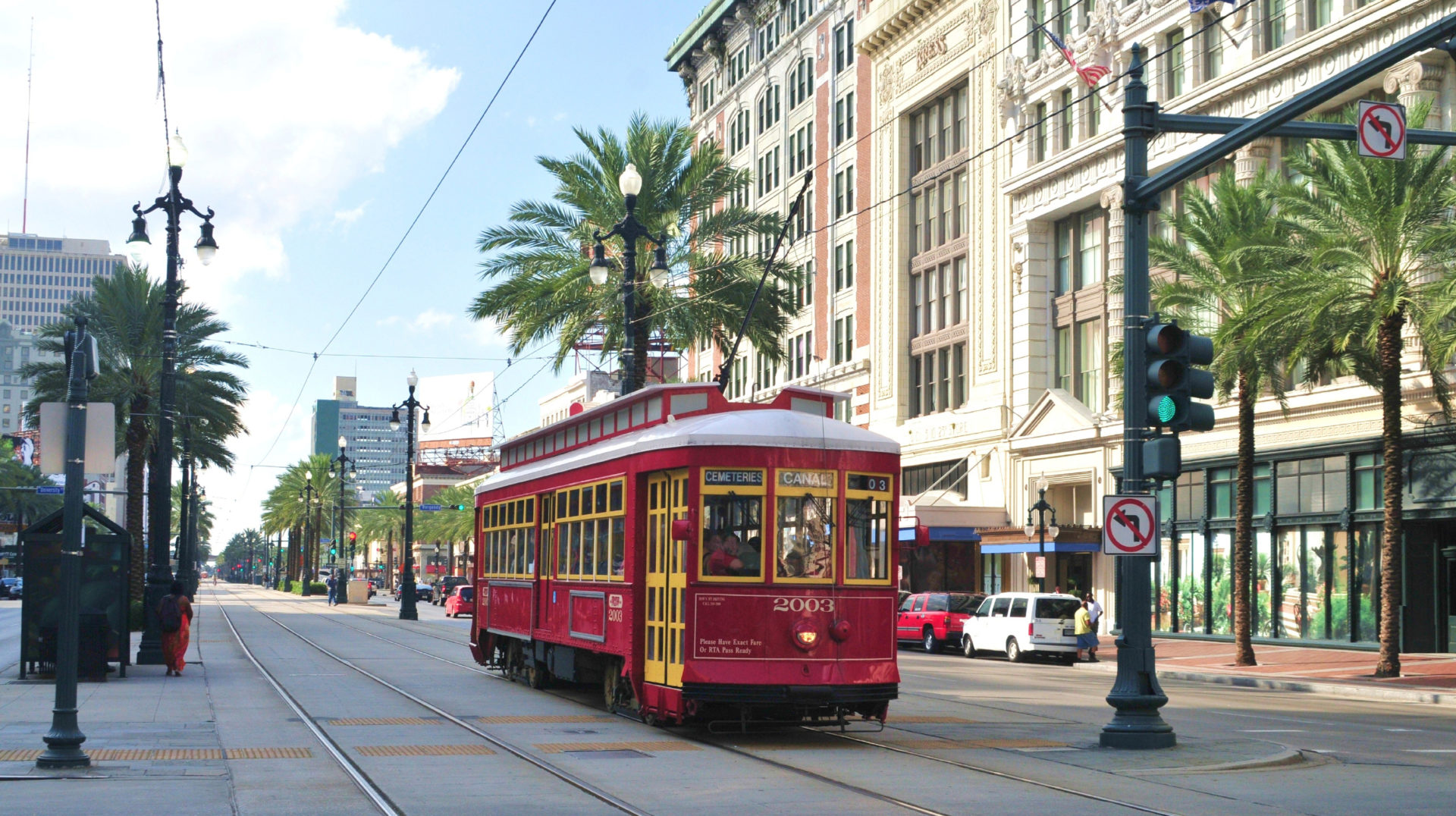 From cutting edge cuisine to traditional Creole and Cajun specialties, big brass bands to Trad Jazz troupes, and French Quarter elegance to Bourbon Street pizzazz, there’s nowhere quite like New Orleans. We caught up with Insight Vacations Tour Director Todd Geist to find out all about this buzzing Southern city.

What makes New Orleans so unique?

“New Orleans, Louisiana (NOLA) blends many notable cultures together in a way that is not replicated anywhere else in the country.  This produces a unique story, look, culture, and food that beg to be experienced.  Aside from the fun for tourism, the city is also known as one of the nation’s most important ports as it is the guardian of the Mississippi River.”

Does it have an interesting history?

“Absolutely. French explorers founded NOLA in 1718 as a port to control the Mississippi River. They grew the colony before giving it to their ally, Spain, at the end of the French and Indian War in 1763.  Napoleon wrested it back from Spain to sell it to the US in 1803 as part of the Louisiana Purchase. Up until this point, the French culture, religion, and language of the local Creole (born in the colonies) was still dominating the city, even through the Spanish period. The influx of English speaking Americans upset their system with their new ways and a literal dividing line (Canal St) would separate the two populations. They were forced to band together in 1815, during the War of 1812, when a British invasion threatened the city. Together with local pirates and under the leadership of General Andrew Jackson, they prevailed with an astoundingly lopsided victory. Afterwards, the city prospered as a major port and as a primary location for furthering the slave trade. Fortunately, the city didn’t resist during the Civil War, and they were spared the destruction of other great southern cities.” 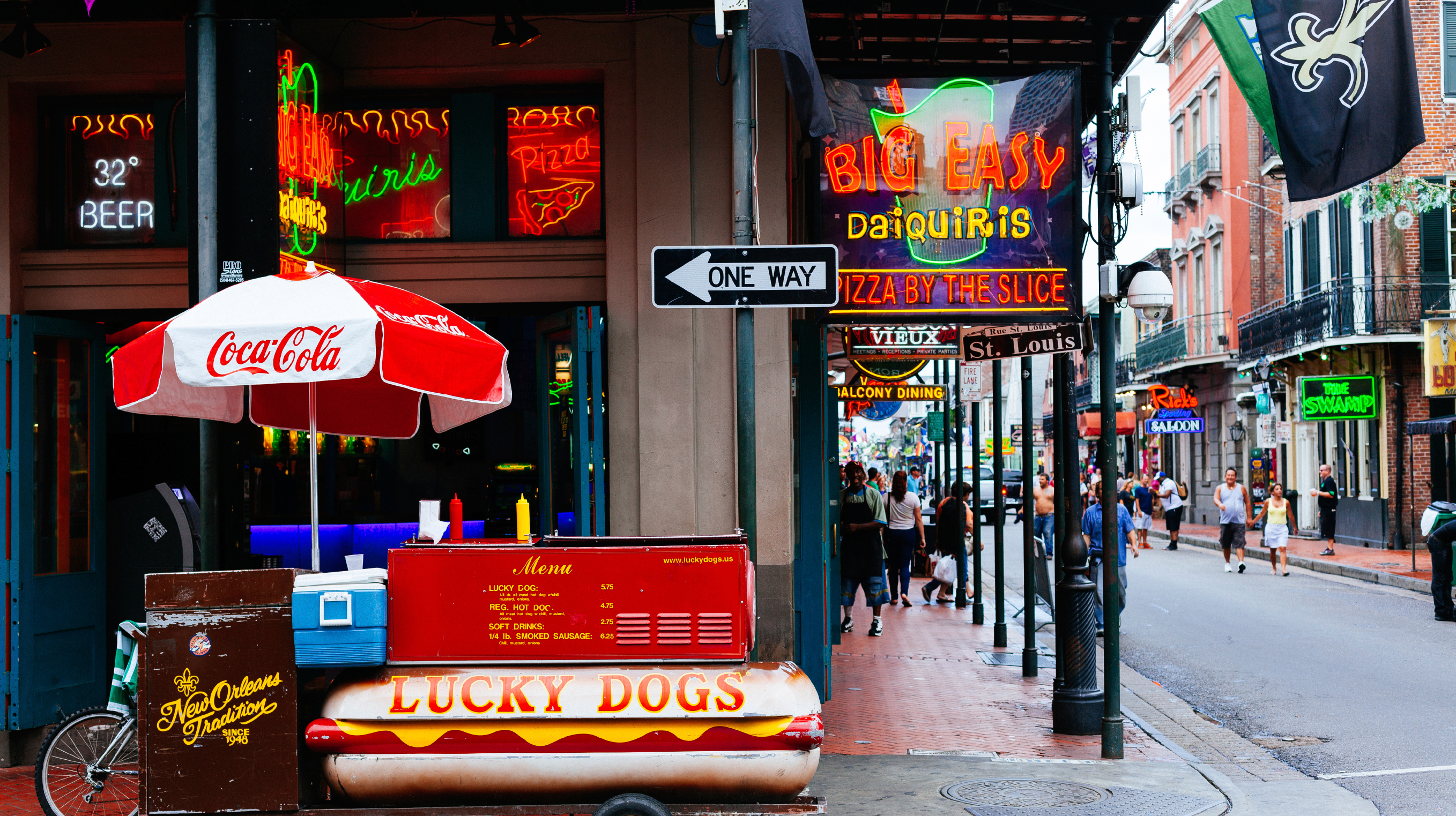 “NOLA is the ‘Big Easy’.  This nickname sums up the laid back vibe that residents express. Nothing moves very fast, and people take time to appreciate the joys of life. This is especially true of eating, drinking and music – as seen through their countless festivals.”

Is the jazz scene still big?

“Jazz is still around but you do have to hunt for it a bit. Several spots like famous Preservation Hall or Fritzl’s European Jazz Pub off of Bourbon St. still play the classic Jazz. However, the majority of the bands play down on Frenchman St where the locals party. Some of this Jazz can be more contemporary.”

How would you summarize the cuisine in the area?

“The food is a mashup of the best food cultures in the world. Most people focus on the French and Spanish influences, but Germans, Italians, Canary Islanders, Africans, and others all brought their own contribution to the gumbo pot. Gumbo is a staple that’s served as a thick stew that can also contain rice or be poured over rice. The ingredients can vary wildly based upon what is available but either seafood or sausage and chicken are often used with onions, green peppers, celery, garlic, and sometimes okra. Jambalaya mixes many of the same ingredients into a thick rice dish eaten with a fork, like paella.” 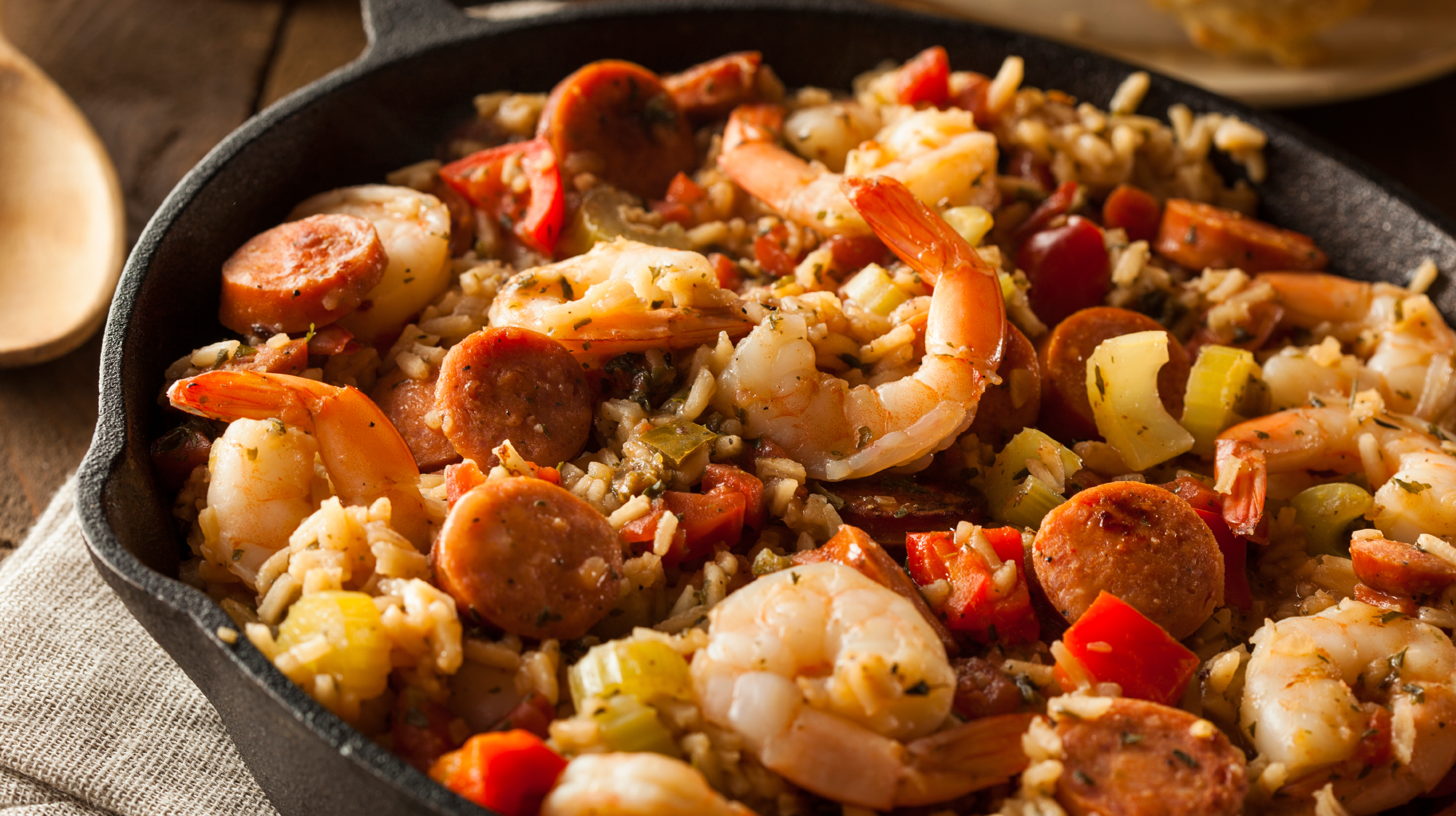 To many, New Orleans is synonymous with Mardi Gras. What’s it like on the ground?

“Mardi Gras (Fat Tuesday) is a celebration that takes place before Lent begins the next day on Ash Wednesday. The historically Catholic city has to get all that bad behavior out of their system before the buildup to Easter. Most people love a good party and the debauchery on Bourbon St delivers it. Many people also stay away from that though and enjoy the family atmosphere at the many parades. Fantastic, intricate floats are topped with costumed people throwing gifts to the crowd. There is a way for everyone to have a good time!”

Can you tell us a bit about what a ‘Faubourg’ is?

“Faubourg is a French term, a bit like suburb. They refer to different neighborhoods within NOLA. A lot can be assumed about a person based on the faubourg they were born in or live in.”

What do you do in your time off in New Orleans?

“Having done most of the tourist sites, like the WWII Museum and the Aquarium, my perfect way to spend free time in NOLA is to find a plate of great food and a beer where I can watch a jazz band.”

What’s the sort of feedback you receive after you’ve conducted an Insight Vacations tour around the city?

“The feedback is positive. It’s all about the great food, music and atmosphere. They are also impressed by the grand architecture they see on our tour with the Local Expert and tend to be excited to learn that there is so much more to the city outside of the French Quarter.” 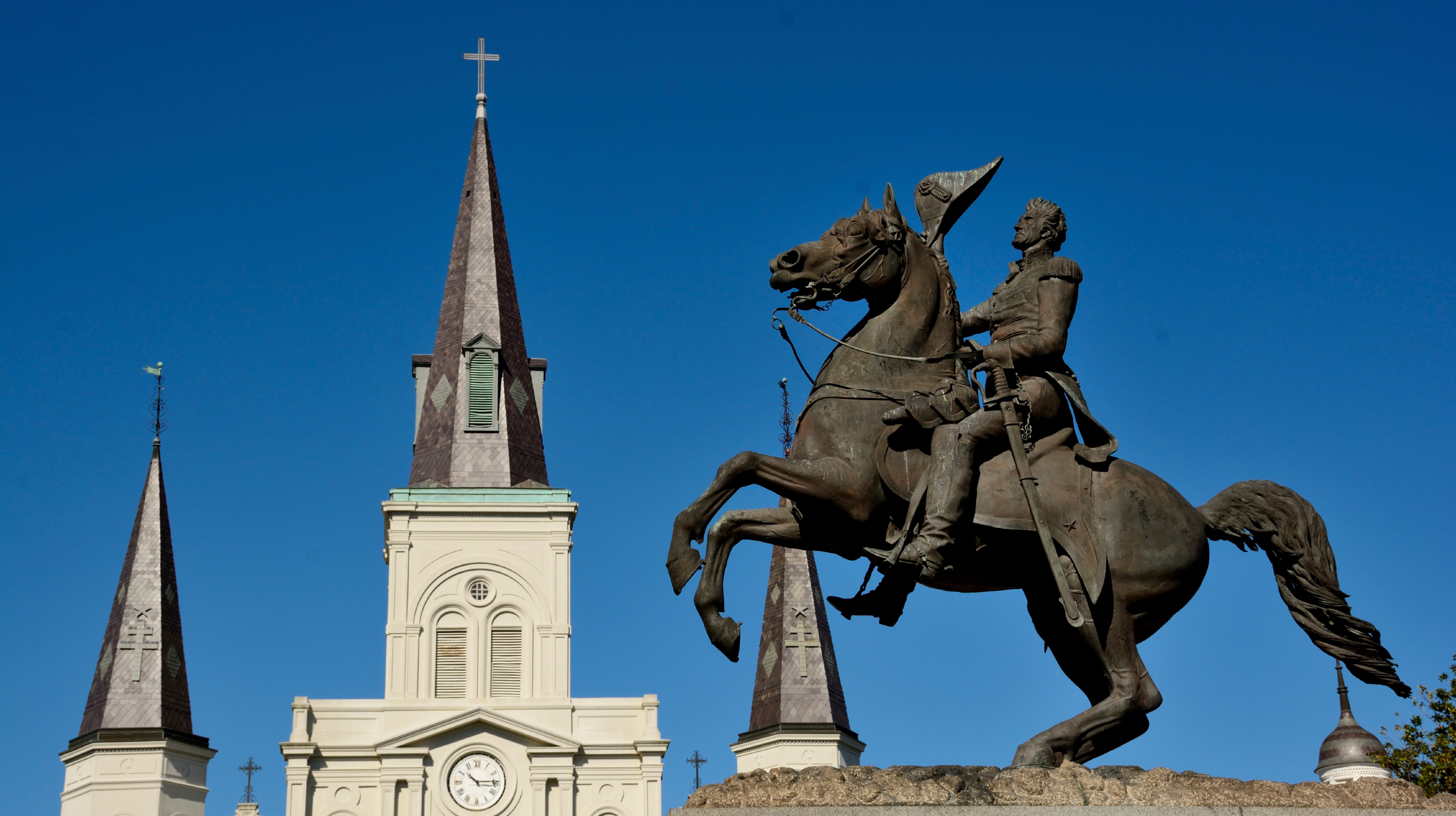 What’s the most memorable part of the New Orleans tour?

“After our awesome Celebration Dinner, I’ll take interested people out for music and a drink. A few times I’ve led them to Lafitte’s Blacksmith Shop, which is one of the oldest bars in the country. As we drank by candlelight and listened to a live piano in the corner, we felt transported in time back to the days of the pirates!”

New Orleans is the home to many a cocktail – what’s your favorite?

“If I’m having a cocktail, it’s all about the Sazerac. One of the best can be found at the Sazerac Bar in the Roosevelt Hotel, where Insight Vacations groups stay. We visit the bar for a demo and a chance to sample the famous drink.”

Which part of the New Orleans tour do those on the Insight Vacations tour seem to appreciate the most?

“All of it! Two things that do stand out, though, are the sassy, funny cooks at our dinner at New Orleans School of Cooking and the rural adventure with our Cajun guides on a swamp tour looking for alligators.”

If Todd’s talk of gumbo, jazz, swamps and sazeracs has got you in the mood for New Orleans, take a look at the Southern Grace journey with Insight Vacations. And in the meantime, take a listen to our New Orleans playlist:

Insight Vacations
April 22, 2016
Previous
The Most Beautiful Royal Palaces in Britain
Next
Seven Reasons to Travel Solo on your next Insight Vacation
You might also like
One of the following
November 29, 2022