While the Nile is often described as Egypt’s lifeline, it’s the country’s temples that reflect its multiple identities; its history. Covering roughly 4,000 years and a huge variety of structures, from residences for gods to funerary cults for royalty, no expense was ever spared to make the temples into masterpieces. Here, we shortlist some of the most impressive monuments – the ones that haven’t just stood the test of time, but the trials of good taste, too.

The largest temple complex ever built by man and constructed over a period of 1,500 years, walk through an avenue of ram-headed sphinxes, past the statue of Rameses II, and stand in awe of the huge columns that line the vast Hypostyle Hall. 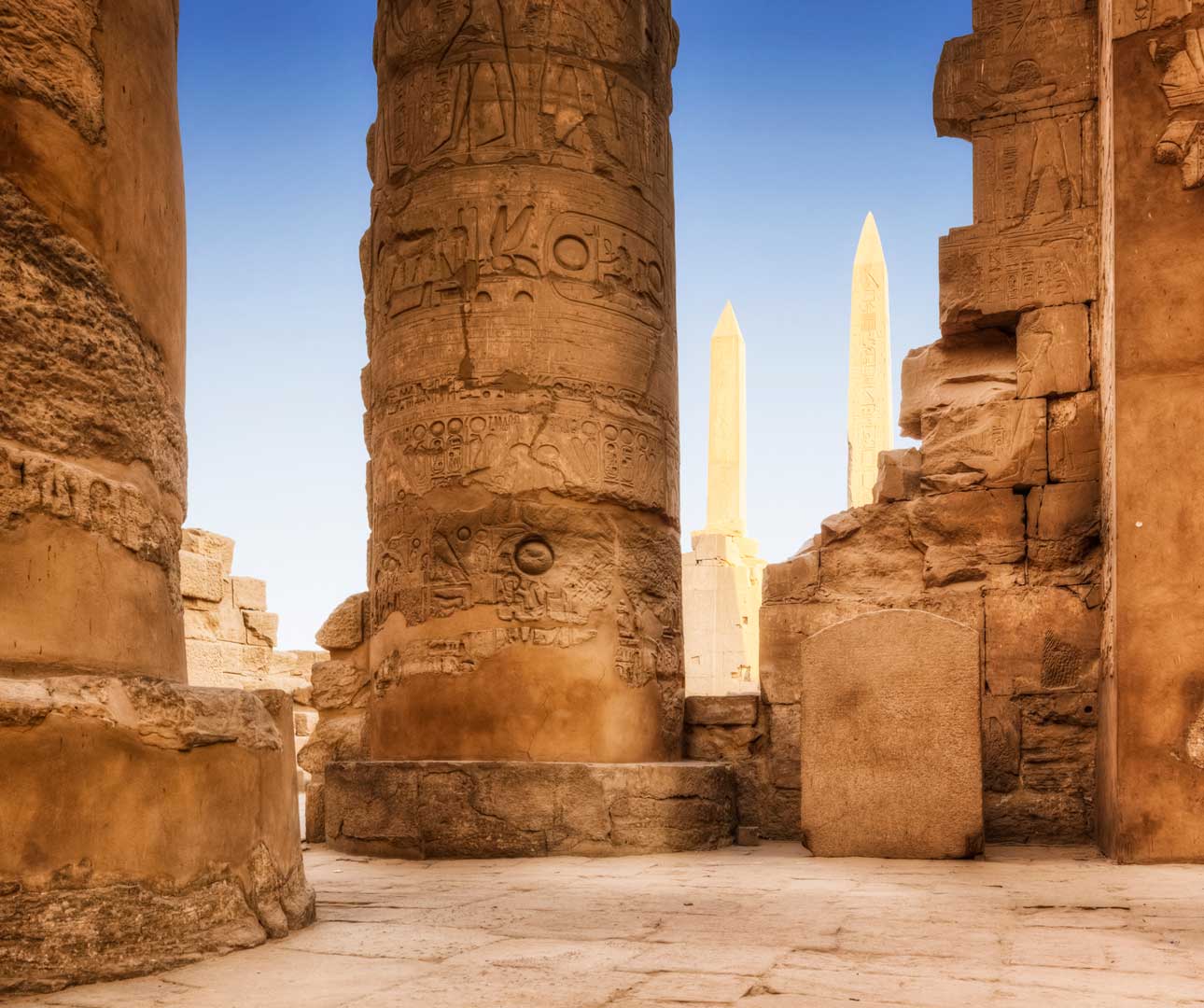 One of the best-preserved temples in the whole of Egypt, Hathor contains a rare depiction of Cleopatra VII and Caesarion, the son of Julius Caesar, as well as superb examples of Ptolemaic art. Don’t forget to look at the ceilings either. Recently cleared, colorful paints, once obscured by soot and dirt, now shine brightly. 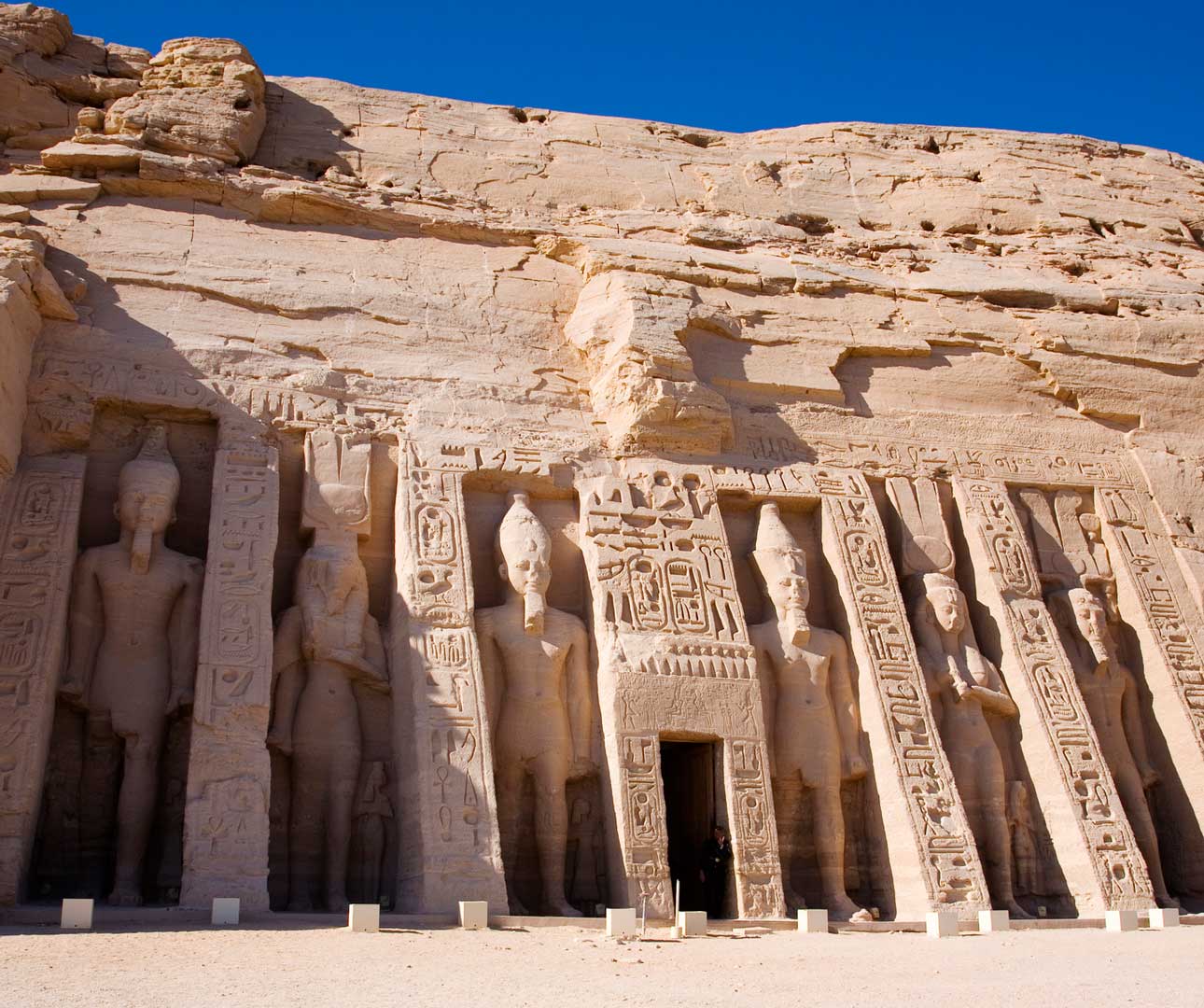 The Mortuary Temple of Hatshepsut

Named after Egypt’s first female pharaoh (who ruled from 1479-1458 BC), whose name is synonymous with the country’s golden age, visitors should look out for the Punt Colonnade, which narrates her expedition to the land of Punt to establish trade links. Or perhaps the birth colonnade, which demonstrated to onlookers that she was no mere mortal, but a daughter of Amun (the god of air). 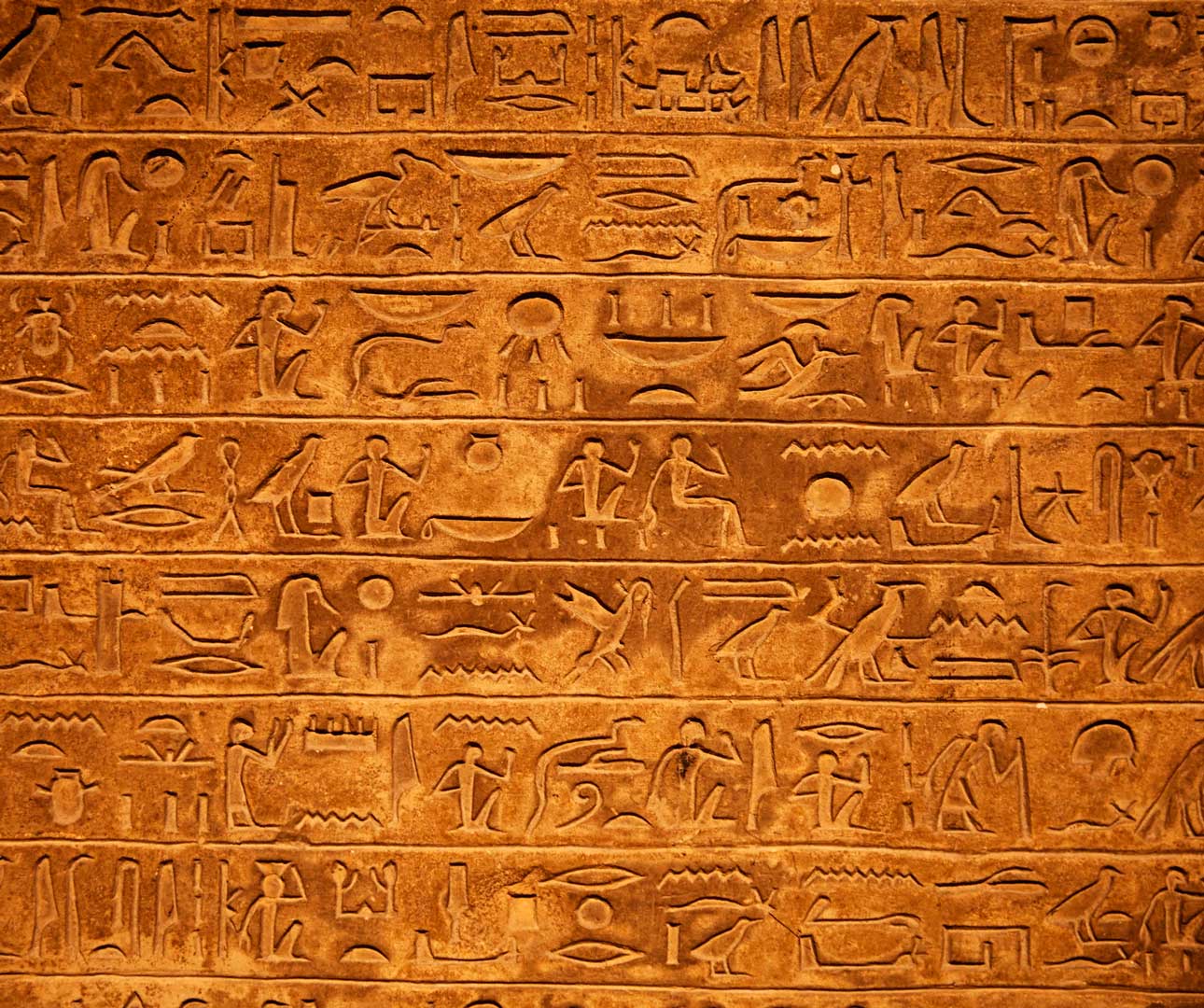 The center of an ancient pilgrimage cult of Isis, most Egyptian pharaohs have left their mark at Philae. Full of dramatic reliefs, elegant gateways and austere columns, highlights include the granite lions, the depiction of Ptolemy XII Neos Dionysos clubbing his enemies to death whilst holding them by the hair, and the French inscription (by the central doorway), which commemorates Napoleon’s 1799 campaign.

Dedicated to both the crocodile-headed Sobek and the falcon-god, Horus, in this sacred riverbank palace captive crocodiles were worshipped in life and mummified after death. Though parts of Kom Ombo can be dated to the eighteenth dynasty (c.1500 BC), much of what visitors see today is Roman and bears the marks of being used as a Coptic church for much of its history. 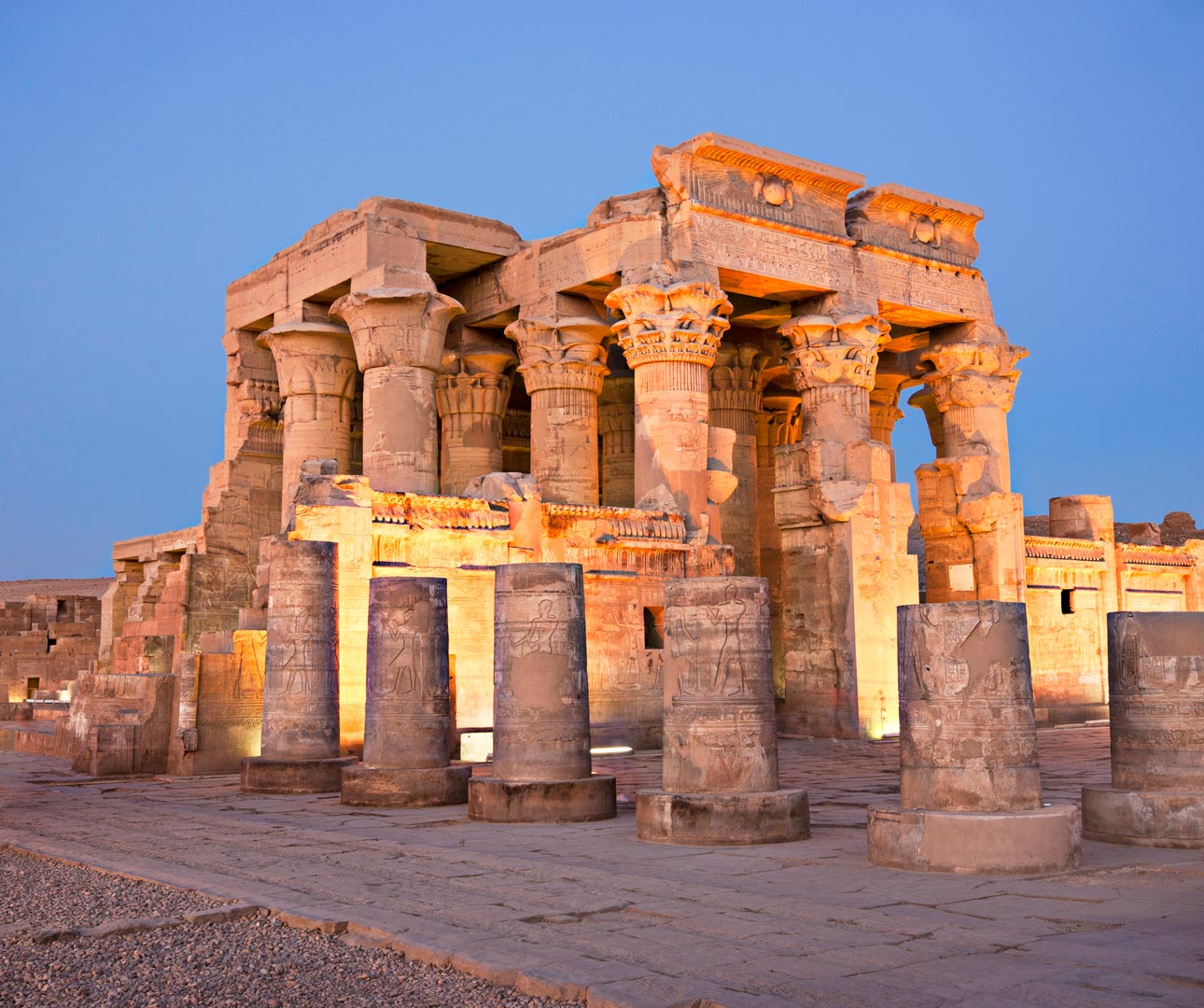 Temple of Khnum in Esna

Situated in the center of Esna, this fascinating and highly decorated temple is dedicated to the ram-headed god, Khnum – the divinity responsible for creation. Sitting roughly 10 meters below the rest of the town, its floral capitals and mythical animals are impressive. However, the pièce de résistance is the column that, rather unusually, shows the Emperor Trajan dancing before the goddess, Menheyet.

If you’d like to explore halls of sphinxes, courts of painted pharaohs, and the mysterious chambers of Egypt’s greatest temples, book a place on the Wonders of Egypt trip.

Previous
An All-American Roadtrip from New York to Los Angeles
Next
The Magic of Vienna, Budapest & Prague – A Featured Staff Review

Insight Vacations
May 8, 2017
Previous
An All-American Roadtrip from New York to Los Angeles
Next
The Magic of Vienna, Budapest & Prague – A Featured Staff Review
You might also like

The Wonders of Egypt, Christmas and a Birthday all rolled into one for the tour of a lifetime