The Most Beautiful Royal Palaces in Britain 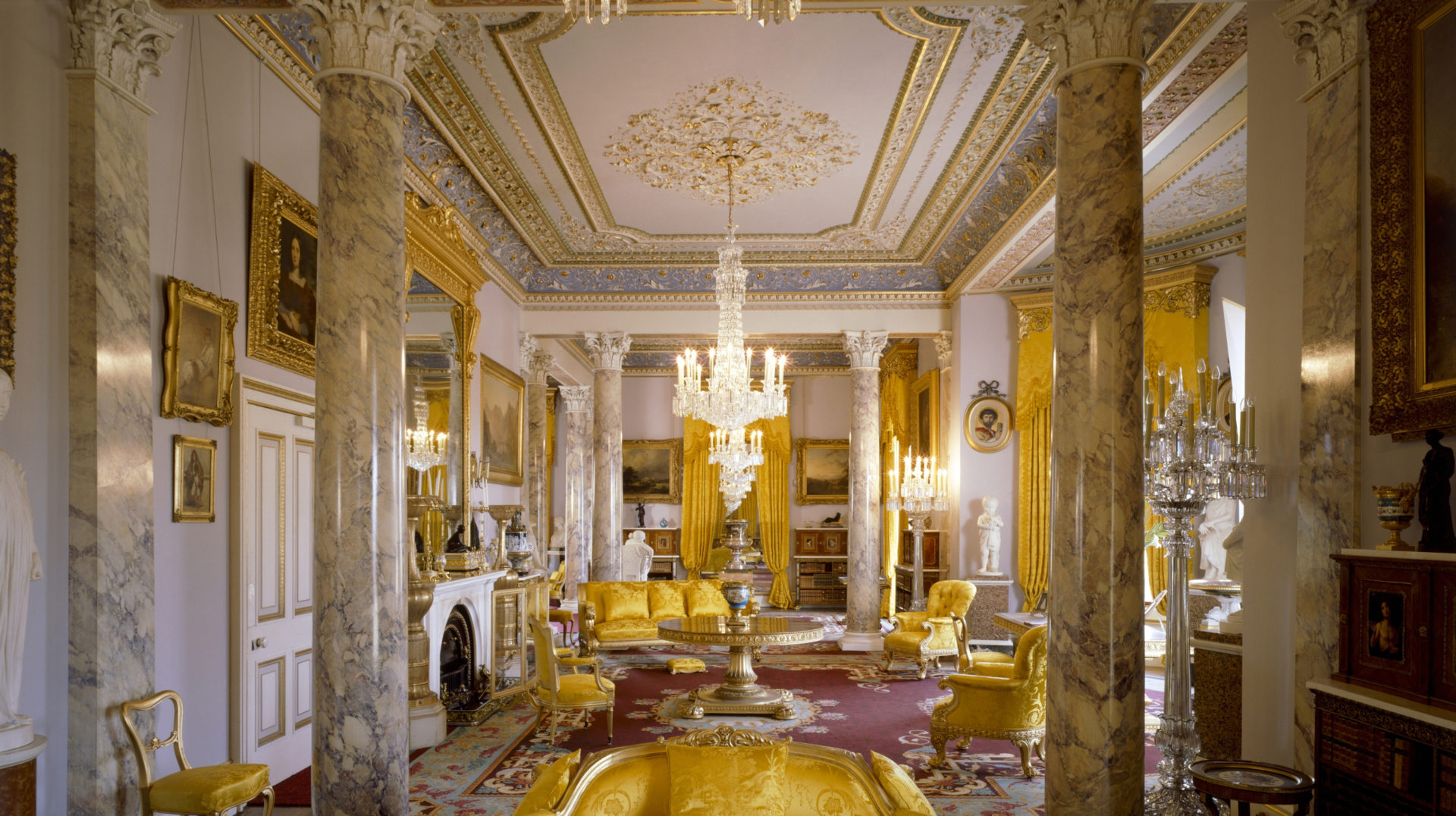 The Most Beautiful Royal Palaces in Britain

Some of Britain’s finest buildings are undoubtedly its royal palaces. Before the Tudor period, castles tended to be the premier statements of power, but by the end of the Wars of the Roses wide moats, high crenellations and thick curtain walls had finally given way to large windowed hunting retreats, holiday homes and flamboyant showpiece properties. Henry VIII alone acquired over 60 royal residences during his reign (sadly fewer than one third survive). Here, we take a look at four of the most beautiful royal palaces in Britain that have stood the test of time.

The Palace of Holyroodhouse, Edinburgh

The Queen’s official Scottish residence, Holyroodhouse has been the home of Scottish monarchs since the 16th century. Located at the end of Edinburgh’s Royal Mile, the palace stands on the foundation of a 12th century abbey and only took on its current form when James IV decided to convert it into a palace worthy of his new bride, Margaret Tudor. After successive extensions it’s now spread over 10 acres, 44.5 meters of which are taken up by the Great Gallery. Once home to Mary, Queen of Scots, if you’re in search of a spooky space then head to the room in which Mary’s husband Lord Darnley and his associates stabbed her secretary, David Rizzio, over 50 times. 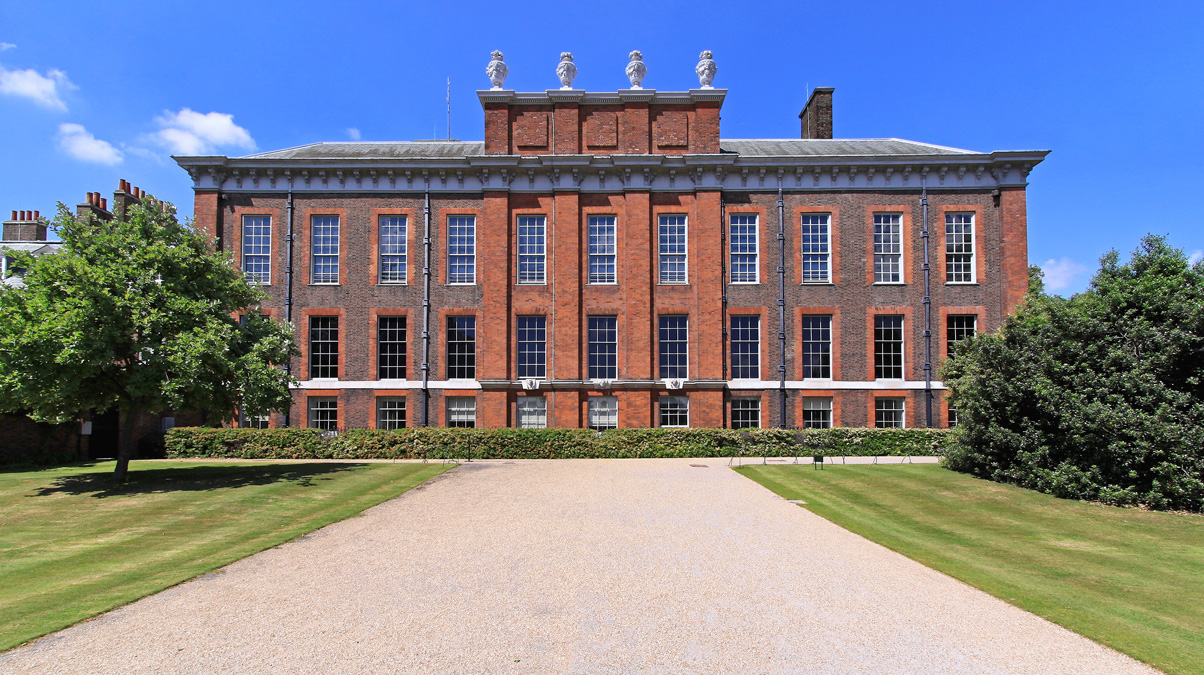 Built to assuage William III’s asthma attacks in smoggy Whitehall, the Dutch King and his Queen, Anne, transformed Nottingham House in a little village called Kensington into a gorgeous palace. It’s played host to everybody from Cherokee warriors to the composer George Friedrich Handel in the past, and even witnessed the death of a monarch (George II died here in 1760) but perhaps its most famous resident was Queen Victoria, who lived there for almost her entire youth. In fact, it was from the top of the palace stairs that Victoria first saw Prince Albert, her future husband. The palace was opened to the public to celebrate Victoria’s 80th birthday in 1899 and, though damaged in the Blitz, a brave caretaker protected most of the place for posterity by removing unexploded bombs with his own hands. 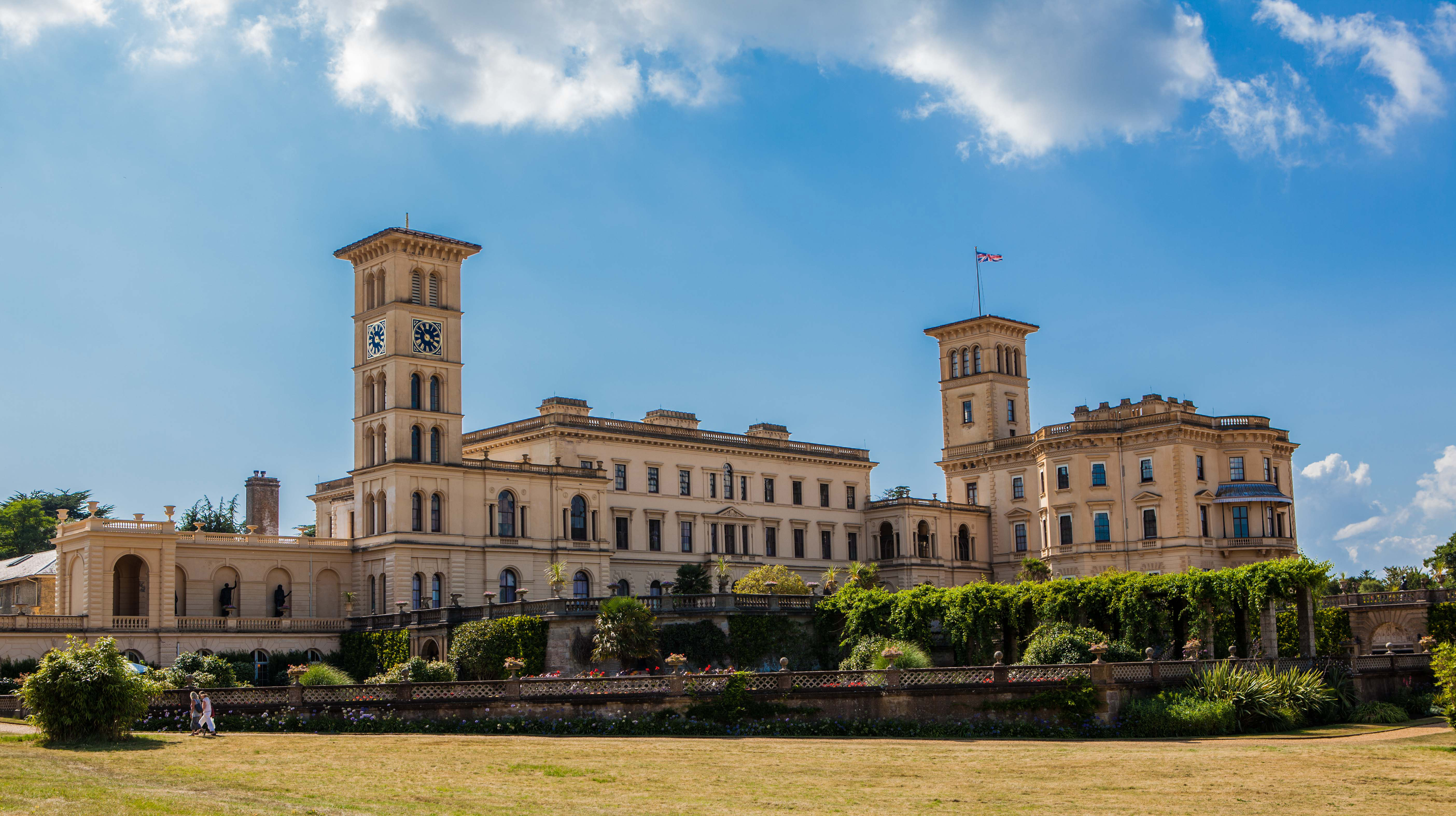 “It is impossible to imagine a prettier spot”, Queen Victoria said of Osborne House, her holiday home on the Isle of Wight. Built by Thomas Cubitt, the man who was responsible for most of Belgravia (and Buckingham Palace), the mansion is an unabashed slice of Italy, a Renaissance palazzo, planted on the shores of England. Indeed, in the summer Prince Albert even claimed the stunning views across the Solent reminded him of the Bay of Naples. That’s not to say the prince didn’t still pine after the more Teutonic parts of the world he hailed from, however. In fact, the grounds include a “Swiss Cottage”, which was dismantled piece-by-piece from Helvetia and rebuilt on site. 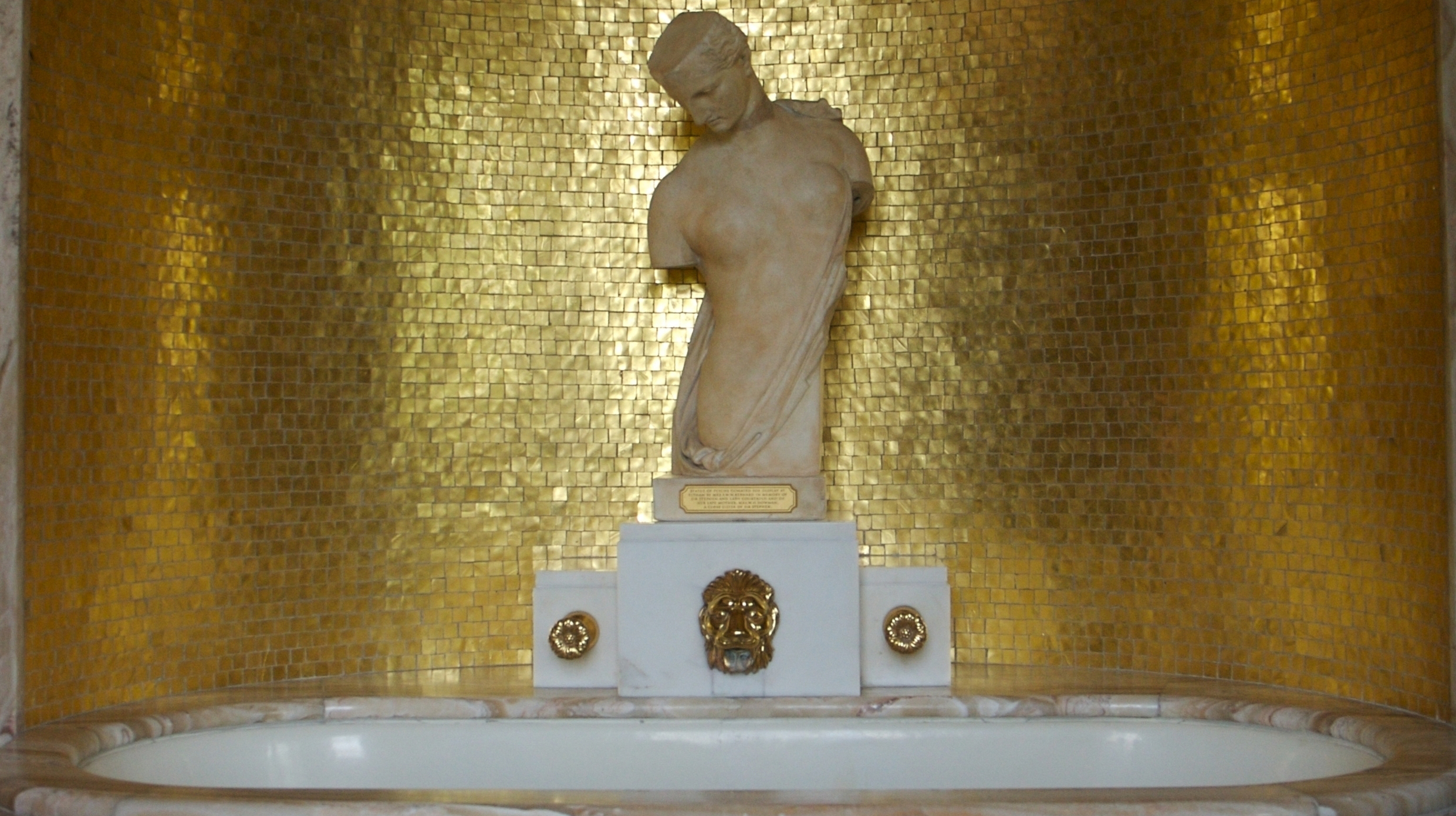 Eltham Palace in Kent first entered royal records when the Bishop of Durham gave it over to Edward II in 1305. Famous mainly because it happened to host Henry VIII for most of his childhood, it re-entered the address books of socialites when the Courtauld family acquired the lease in 1933. Giving the place a complete overhaul, some of its most magnificent features – such as the oak roof of the Great Hall (an elaborate “fake” hammerbeam construction) – were retained and run alongside new Art Deco rooms like Virginia Courtauld’s bathroom, a fantasia of golden Byzantine-mosaic tiles and onyx. Now’s a great time to visit, as the palace has recently undergone a multimillion dollar restoration, with several rooms opened to visitors for the first time. 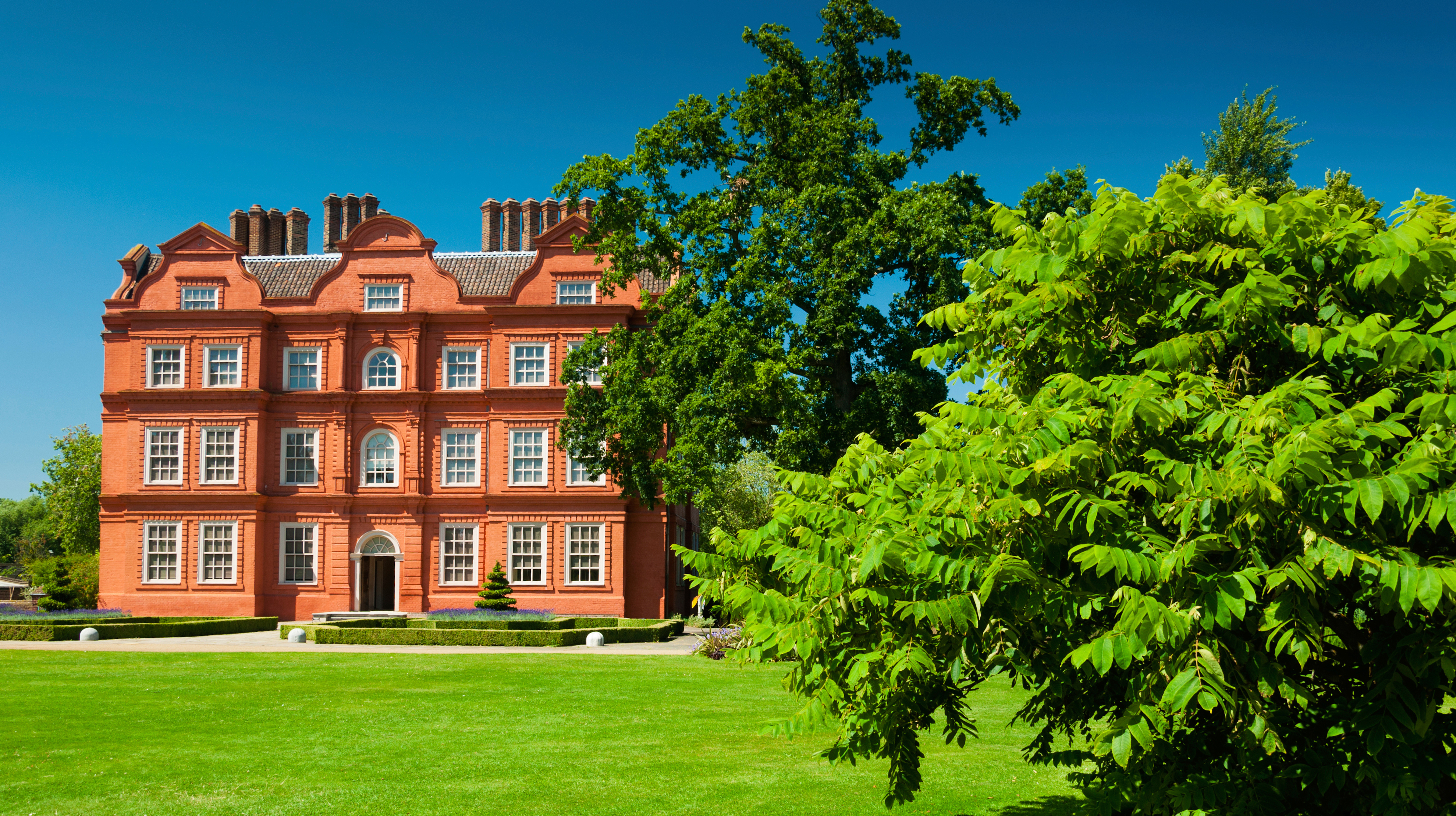 Once the home of a rich Flemish merchant on the make, Kew Palace first accommodated royalty when the George II and his ever-growing family moved in. The Richmond area has long been associated with the Crown (with roots going back to Edward III) but Kew hit pamphlet headlines when George III was effectively incarcerated in the palace during his episodes of madness. If, when you visit, you think it’s more the size of a manor than a palace, you won’t be the only one – the main, palatial, white house no longer stands – and the brick edifice that does was once known simply as the “Dutch House”. 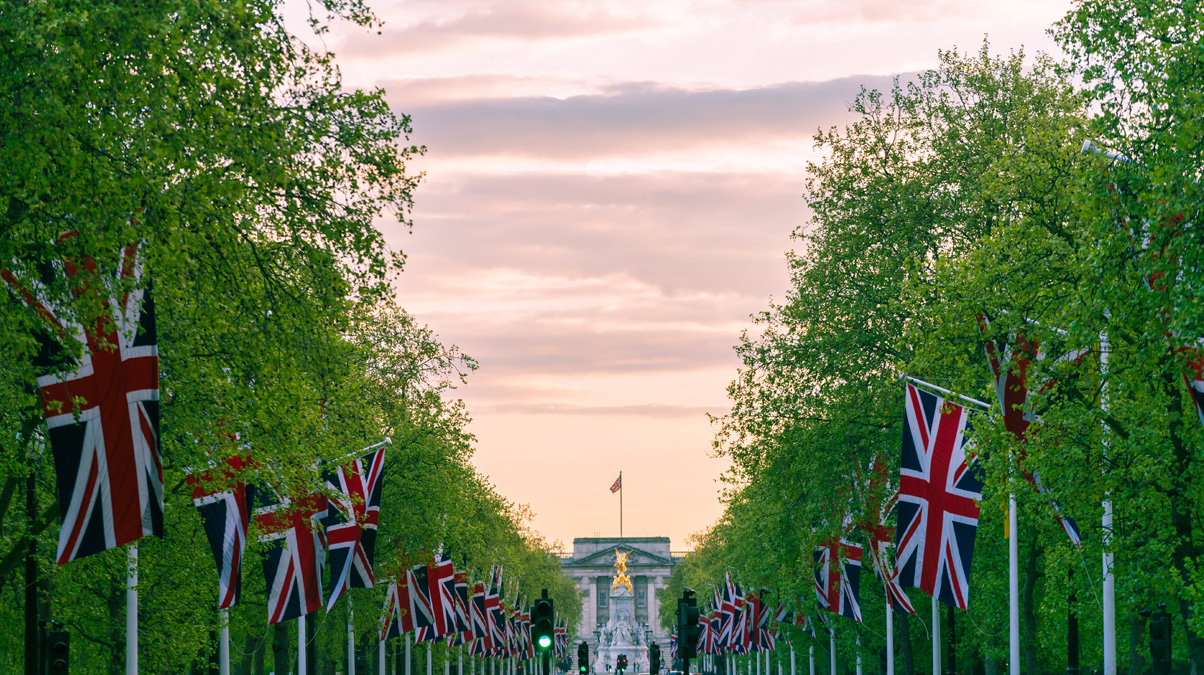 No list of royal palaces in Britain would be complete without Buckingham Palace, the Queen’s official London residence since 1837. The palace hosts not only the Queen and her husband, Prince Philip, but also the Duke of York and the Earl and Countess of Wessex, too. When she’s at home, the Royal Standard is flown. It’s the supreme flag in the UK and must always be flown above the Union Jack. Five regiments of Foot Guards police the palace, which consists of almost 800 rooms, which would sound a lot if it weren’t for the fact around 50,000 people visit the place each year as guests to banquets, receptions, awards and parties.

If Britain’s royal palaces have inspired you to experience their grandeur, why not book a place on the Elegance of Great Britain itinerary.

Innovation – The Key to our Past, our Present, and our Future