With the holidays on the horizon, it’s never too early to shop for the perfect gift for your partner. Therefore tease amour out of your better half by immersing them in the most sublime surroundings the planet can provide. To help choose a location most likely to play on your heartthrob’s heartstrings, here’s our selection of the 10 most romantic places in the world, to make even the most stonyhearted lover swoon. 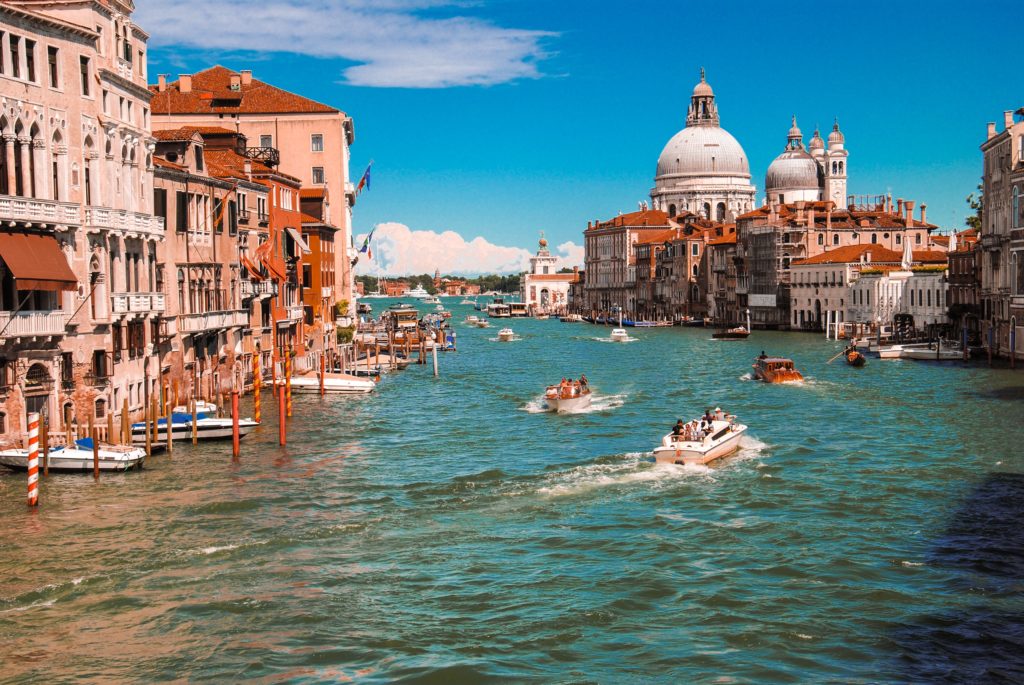 © Photo by Dan Novac on Unsplash

Scholars ponder upon Venice’s genesis as a Byzantine hideaway in Late Antiquity, but most visitors, once they have commended the golden entrails of St Mark’s Basilica, prefer to live life out on the romantic lagoons, the canal-side cafes, and the dimly-lit trattorias of today’s Venice. Whether it’s palaces, churches or galleries that you’re after, you’ll discover some of the greatest artistic works of all time in Venice, alongside the natural beauty of the winding canals and waterways. 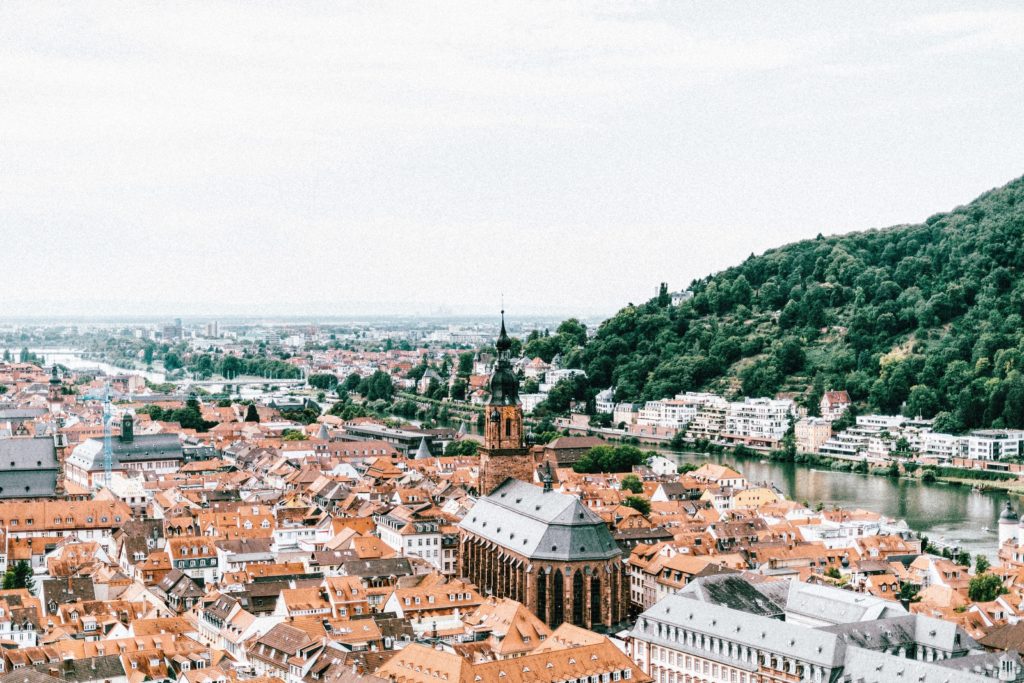 © Photo by Roman Kraft on Unsplash

Turner painted Heidelberg in a blast of golden light, Goethe explored its huge gardens and Mark Twain wrote about his experiences there in a travelogue, “A Tramp Abroad.” But Heidelberg isn’t merely a curiosity for artistic types; visitor stats testify to the good taste of the litterateurs, with almost 12 million filing in and out each year. And that’s no surprise given the romantic vibes of the Altstadt district (Old Town). Its main claim to fame is managing to pass WWII unscathed, but its more amorous virtues are imbued in an impressive terracotta-colored palace that rises from the ruins of the city’s castle. A jumble of buildings, which includes several restaurants, it’s gloriously evocative, with spectacular views of the surrounding landscapes setting a fittingly romantic scene. 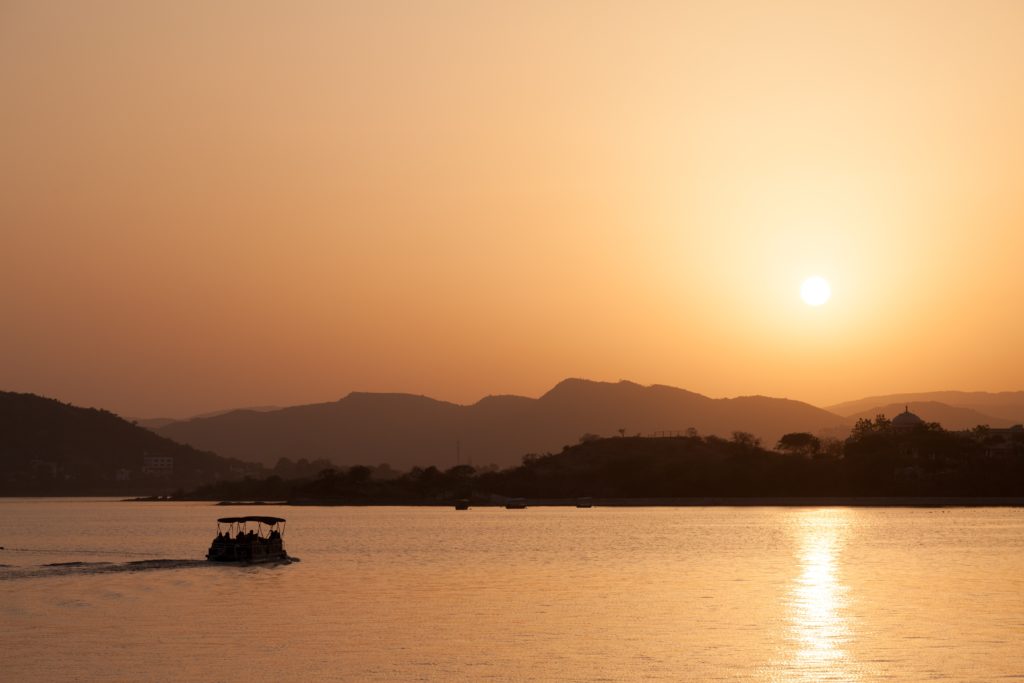 © Photo by Rowan Heuvel on Unsplash

A land of forts and palaces, deserts and jungle, Rajasthan is a region of extremes. Hop on a camel and explore the dunes with your significant other, sail on Mount Abu’s Nakki Lake, or have dinner in Udaipur’s lake Palace. This is where India’s Maharajahs have been most at liberty to indulge every fancy, from jewels to dances, from temples to frescos…and it shows. For the ultimate romantic evening, visit Jaisalmer before sundown and catch a glimpse of the sun setting on the Golden fort. 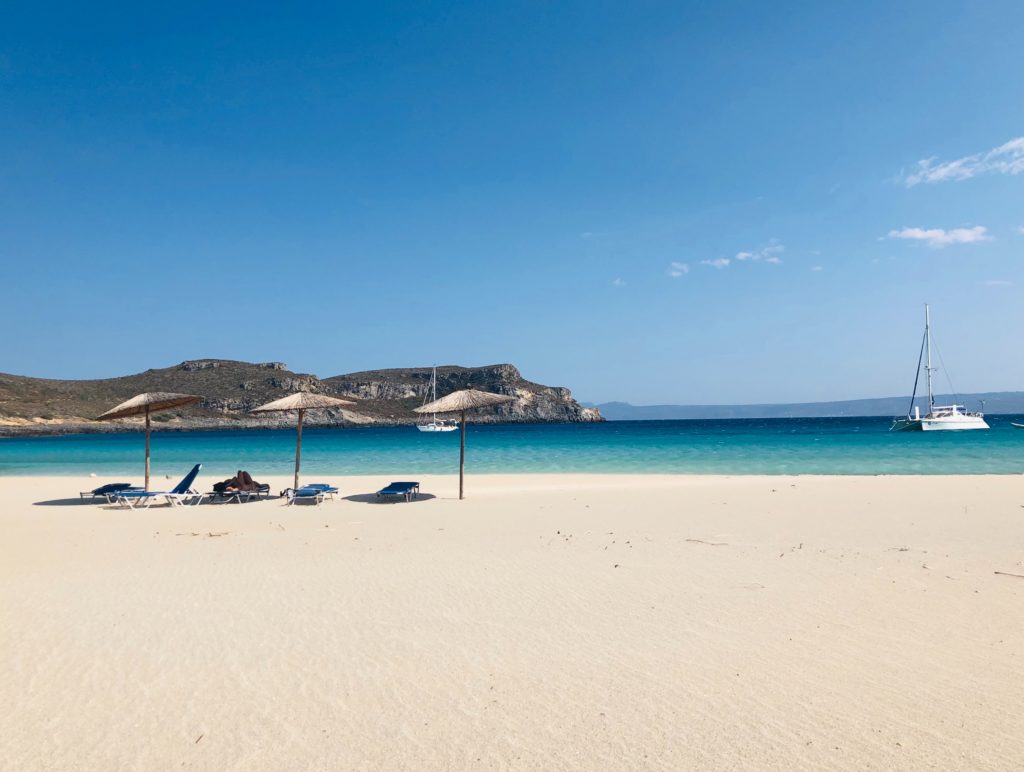 © Photo by Nick Panourgias on Unsplash

Narrow, cobbled streets. White churches adorned with flowers. The sundrenched soil somehow sustaining olive trees in its dust. Raki, Ouzo, and Metaxa clinking in glasses. ‘Igia Sou!’ bursting out here and there, over a background of Akritic & Klephtic songs that flit and flirt with the sounds of Rebetiko. These are just a few of the dreamy visions that the Greek islands possess, making them one of the most romantic places in the world. 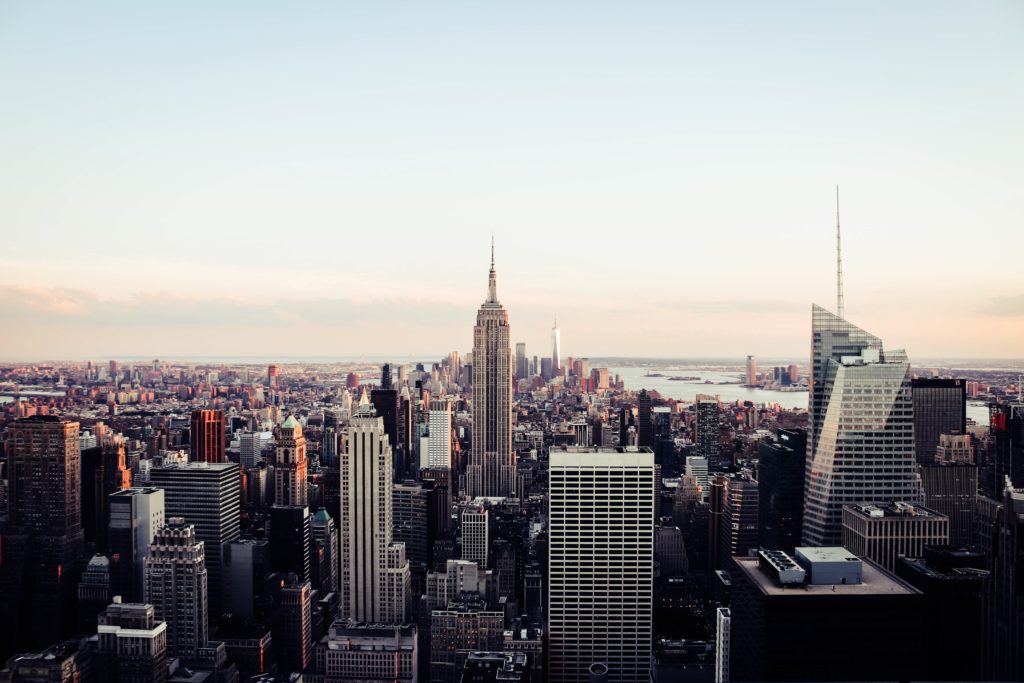 © Photo by Oliver Niblett on Unsplash

One of the world’s greatest cultural capitals, New York is home to some of the best galleries, music, restaurants (over 20,000) and bars, not to mention bookshops, cafes and boutiques. Streets here contain whole continents, neighborhoods contain entire worlds, from Jewish cuisine on the Upper West Side, to Jackson Heights in Queens to the East ­­– one of the biggest melting pots in the world. Whether you just want to take a stroll with your lover in Central Park or dine at the top of a sky-scraper, there aren’t many romantic things you can do in the world that you can’t do in New York City.

© Photo by Anthony DELANOIX on Unsplash

Paris, like London, is a network of villages that encompass little micro cultures. Organized into quartiers, each harnesses a real sense of community that many bigger, more hostile, beasts fail to foster: which helps when it comes to romance. The Eiffel Tower, Arc de Triomphe, Notre Dame and Champs-Élysées should be on any first-timer’s itinerary, but off-piste, there are cooking schools where you can woo your loved one over pummeled dough, or street markets where you can buy trinkets and tokens, or perhaps food to take on a picnic in Bois de Boulogne, the former hunting ground of the Kings of France. 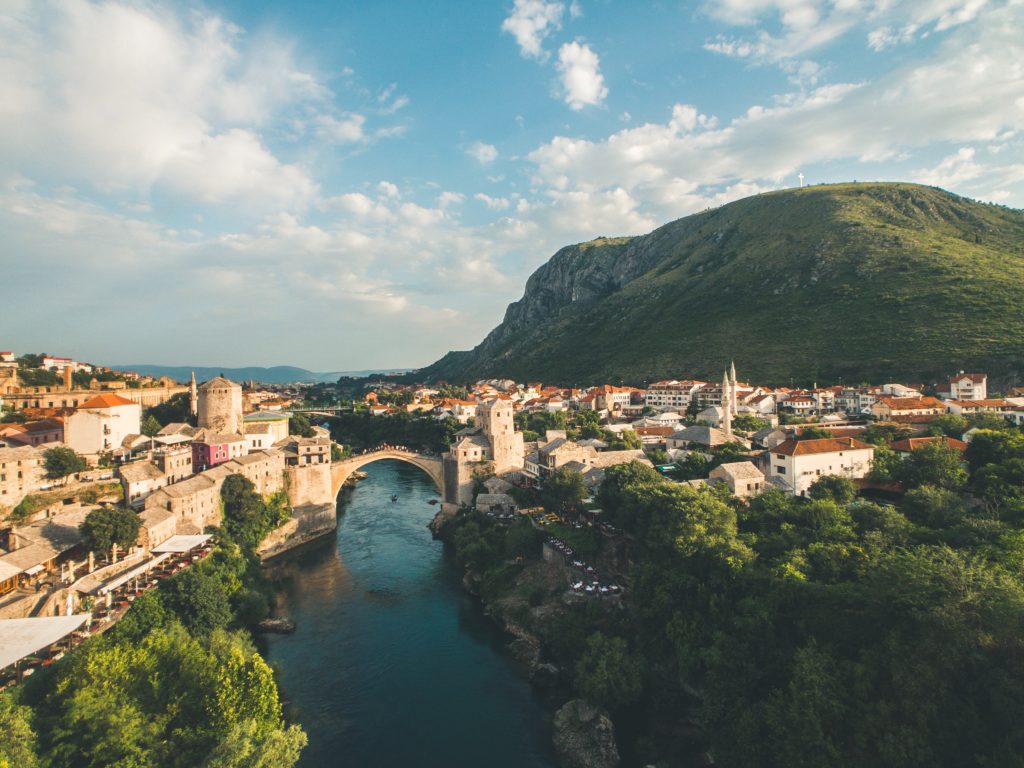 Medieval towers, millhouses, streams and cobbled lanes are just some of the highlights of Mostar, a romantic little city built in the 16th century by the Ottomans. The famous bridge stretches above the cerulean waters below, joining its two halves, Christian and Muslim. Deeper in the city, buy your loved one flowers or ornaments off the sellers that throng the streets, or head to a restaurant where the waiters don native dress and visitors find themselves engulfed by some of the most alluring countryside the Balkans has to offer. Top tip: visit the Ottoman quarter’s restaurants as dusk falls, when day-trippers have gone home to savor some of Mostar’s old-world serenity.

Related trip: Treasures of the Balkans 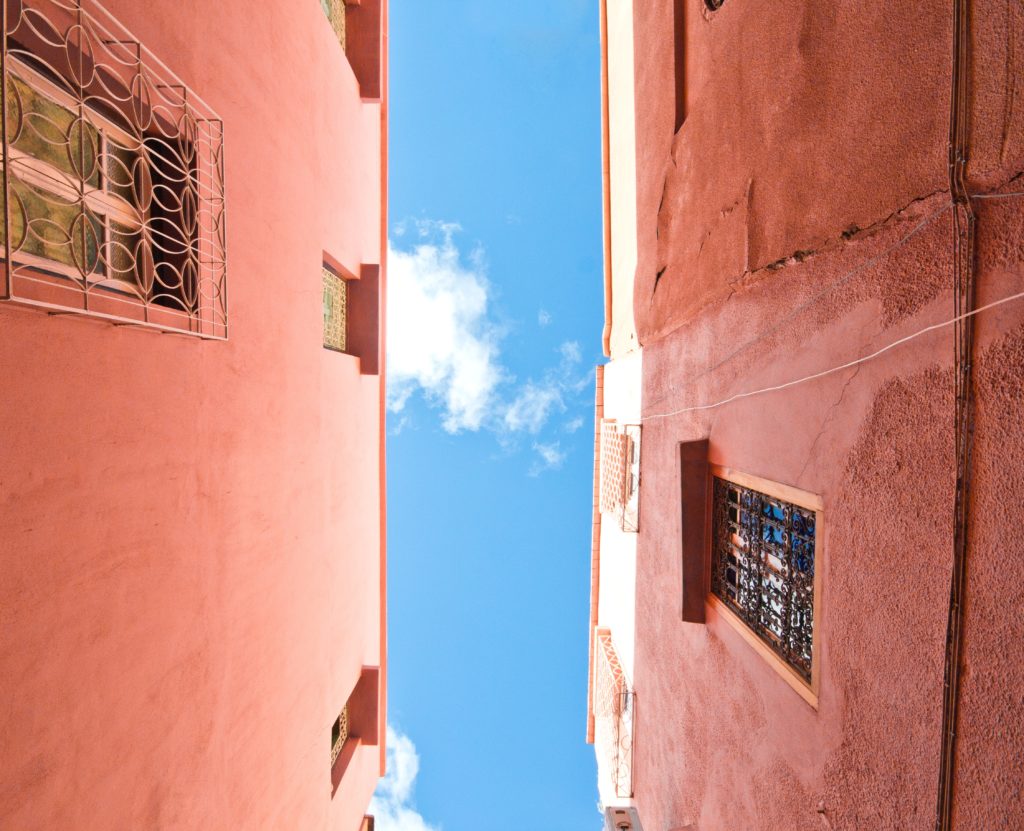 Littered with medieval riads, fountains, minarets and souqs, Fes was the capital of Morocco until 1925, and is undoubtedly still the country’s principal city for romance. A particular highlight for visitors, Fes el Bali (old Fez) is one of the world’s largest car-free urban areas as well as a UNESCO World Heritage Site. Getting lost with a loved one among the copper-beaters, antique dealers and tanneries is a pleasure rather than a chore, and if you fancy upmarket pleasures over the traditional, rustic ones, the Ville Nouvelle is on your doorstep. 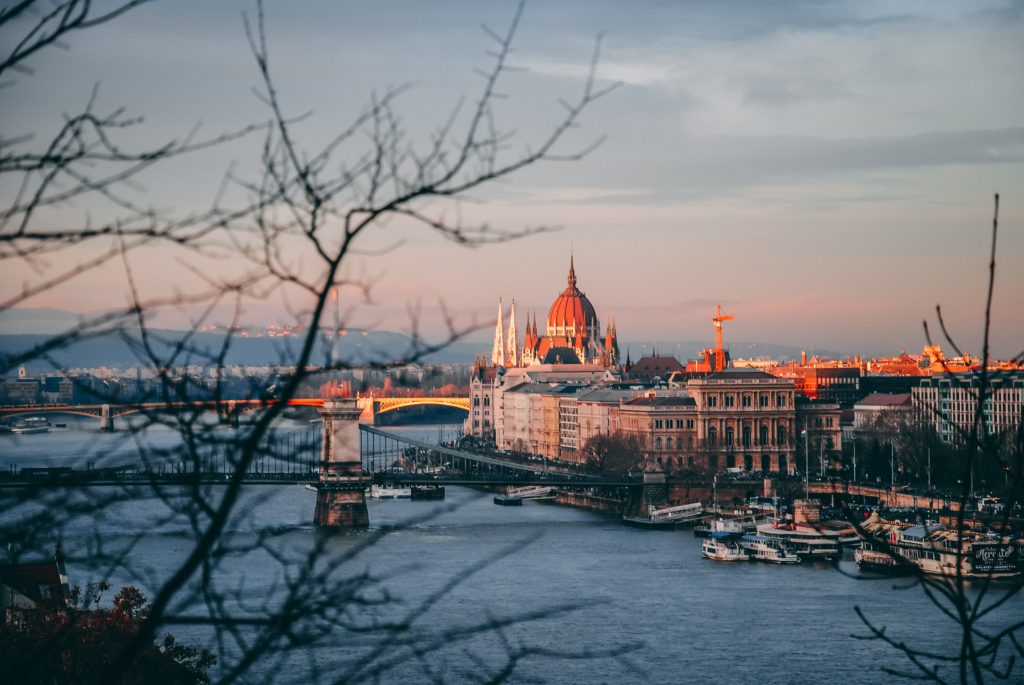 A wonderful mix of baroque, neoclassical, art noveau, art deco and other styles that would require an architect’s dictionary to articulate, Budapest has creativity running through its veins. Below ground, the city sits on a smattering of thermal springs that have been used since Roman times to relax and rejuvenate, alongside a selection of Ottoman-style hammams. If you feel famished after your hot tub, Budapest’s best restaurants include an eclectic mix of world cuisine, from upscale Italian, German and Turkish eateries to traditional Hungarian taverns. 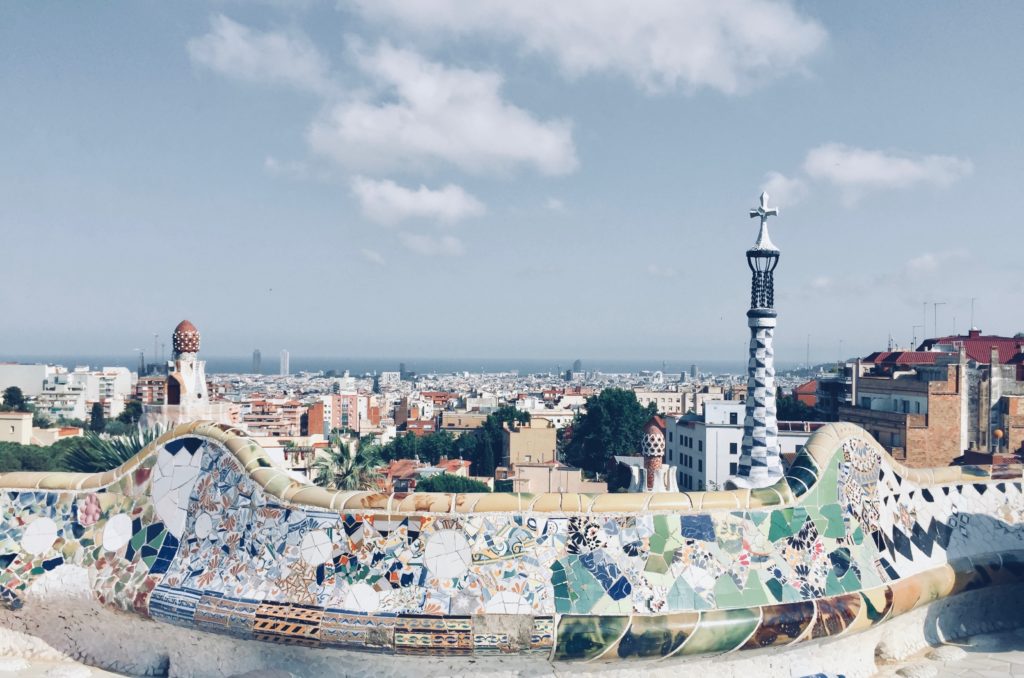 © Photo by Vitor Monteiro on Unsplash

A city famous for its romantic restaurants and bars, Barcelona has much to offer couples in search of a relaxing retreat. Once you’ve wandered the Gaudi gardens, climbed the Sagrada Familia and explored some of the city’s world-class art galleries (make sure the see the Picasso Museum, in particular), settle down in a peaceful bodega with a glass of Cava and a plate of Catalan tapas and soak up the sounds of the city as day melts into evening. There are plenty of great bars to explore here after dark, too. From traditional wine bars where flamenco performances take place throughout the week, to boundary-pushing mixology at the city’s famous cocktail bars and laid-back lounges where jazz bands provide a live soundtrack, there’s evening entertainment here for every night of the week.

Previous
Italy: Where to take the best photos
Next
A Valentine’s Day Tale of Love and Oysters

Insight Vacations
February 12, 2020
Previous
Italy: Where to take the best photos
Next
A Valentine’s Day Tale of Love and Oysters
You might also like
One of the following
February 3, 2023