Morocco’s mountains, coastline, desert, oases, souks and cities, give the country a topological diversity to match its demographic one. With Arabs, Berbers, Saharawis and Europeans all sharing this sliver of land in North Africa, the cultural influences here are wonderfully varied. From the historic riads of the Marrakech medina to the allure of the Moroccan hammam and the lilting muezzin’s call, there are plenty of reasons to visit Morocco. 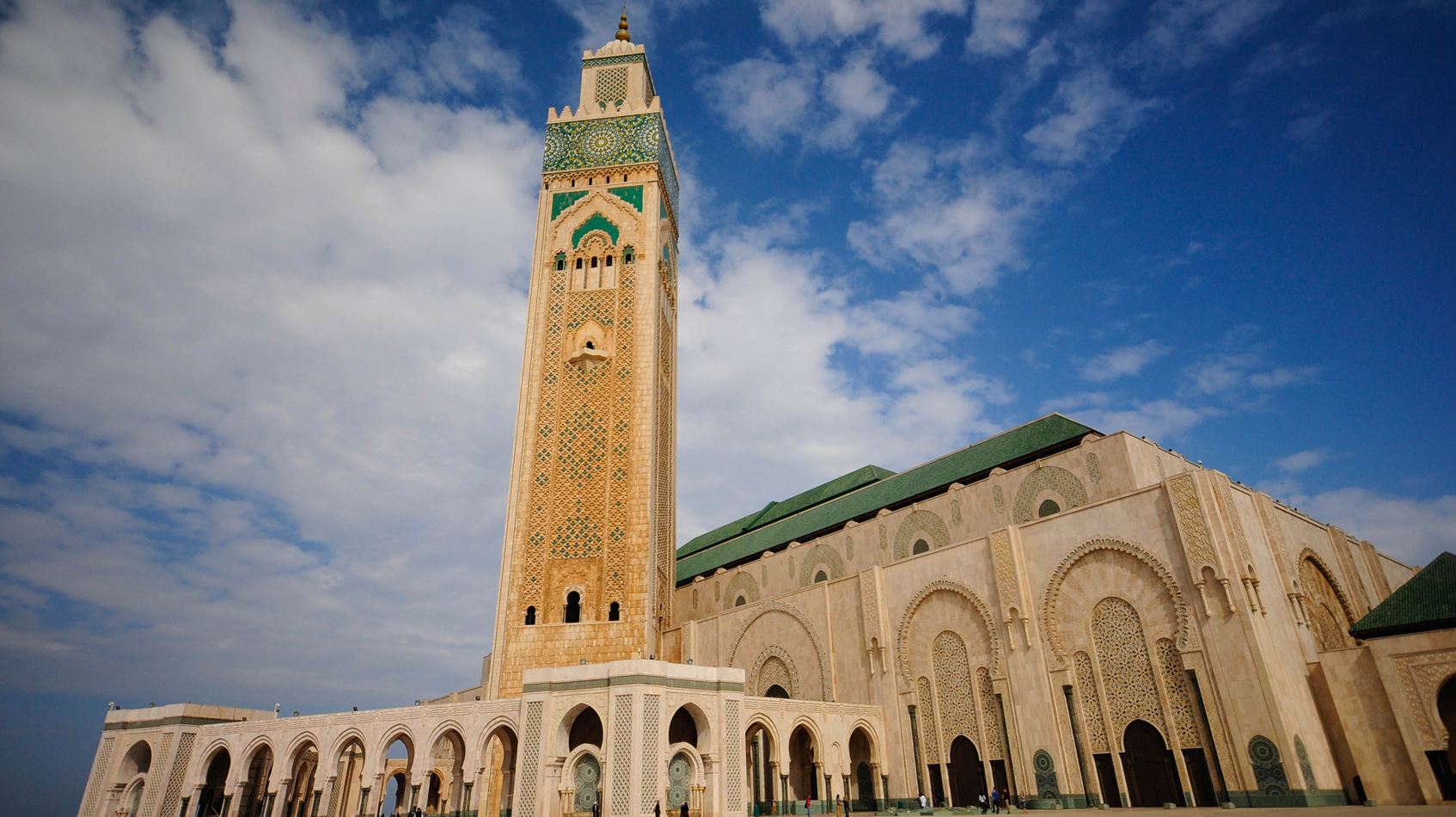 Featuring the tallest minaret in the world and topped by a laser that points towards Mecca, the Hassan II Mosque also possesses an impressive vista below the feet where, beneath a glass floor, the seabed can be seen. Rising out of the Atlantic Ocean, this gorgeous edifice of granite, plaster, marble and wood took 6,000 artisans five years to make, finally being completed in 1993.

Built in 1864 to replace an older palace, Dar-al-Makhzen is the official residence of the King of Morocco. Situated in the capital city of Rabat, there’s more to the place than meets the eye. Inside, you’ll find a cookery school, library, mosque, school and garden. Don’t be shy, many tourists are put off by the guards and end up wandering away, but several tours are hosted here if you’re nosey enough. Don’t forget your passport though; it’s necessary to get in.

Seeing a large gate you are not allowed to pass through does not sound like one of the primary reasons to visit Morocco. However, Bab el-Mansour in Meknes is no ordinary portal. This 18th century triumphal arch, built by a Christian convert to Islam using columns from what remained of Roman Volubilis, is decked in zellij (tilework), inscriptions and dreamy geometric fancies. You will have to pass through the side gate though, as you can’t get through the ‘bab’ (Arabic for ‘gateway’) unless there’s an exhibition going on.

A historically significant city as well as a buzzing modern metropolis, Fez was the capital of Morocco until 1925 and is where the nation’s independence movement was born. The jewel in its crown is undoubtedly Fes el Bali (old Fez), one of the world’s largest car-free urban areas as well as a UNESCO World Heritage Site. Getting lost here among the fountains, copper-beaters and tanneries is a pleasure rather than a chore. The Ziz gorges are a series of desert cliffs that rise above the eponymous river as it cuts a path through the Atlas Mountains. Cut off at one end by a dam, the French had the Tunnel de Legionnaire built at the other, but wedged between the two is an incredible treasure trove of fossils, gullies, date palms, and kasbahs (citadels). The family of Morocco’s current King, Mohammad VI, was originally from the extreme southern end of its 62-mile length.

An oasis town known as the ‘Gate of the Sahara’, Erfoud is famous for hosting a long list of films including The Mummy, The Prince of Persia, and most recently the James Bond film, Spectre. It’s the perfect place to rent out a jeep and head for the Erg Chebbi dunes, ancient ksar (castle) trails, nomad camps and palm groves. 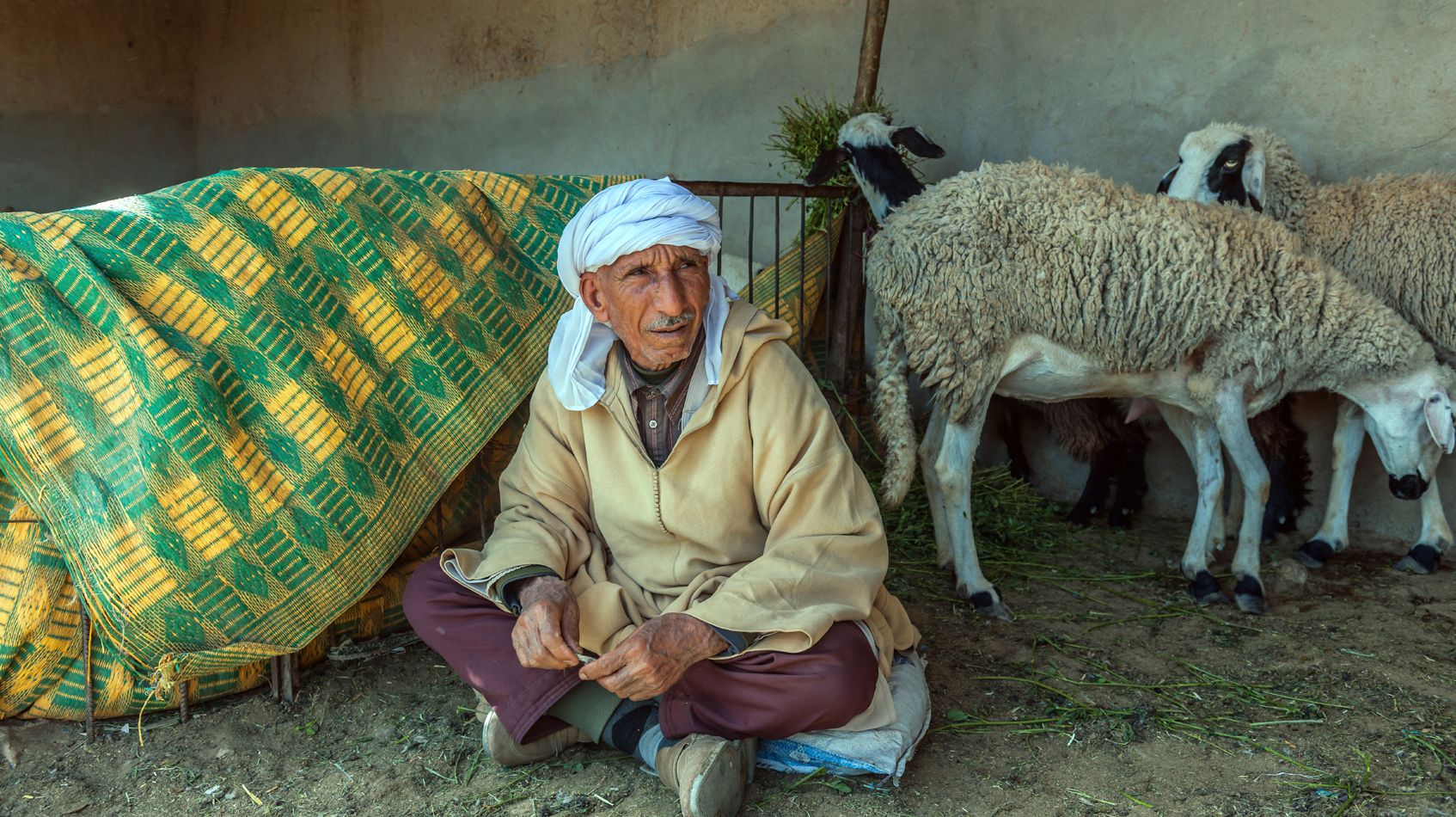 Todra Gorge is a canyon near the town of Tinerhir. Though the scenery is first class, Todra gained a name for itself mainly on the strength of its rock climbing routes. With more than 150 routes of various grades, climbers from all over the world flock here to try their skills out on rock formations that vary between 25 and 300 metres high.

The Koutoubia mosque, located in Marrakesh, was completed in the 12th century. Named after the booksellers that set markets up around its base, the design was considered beautiful enough by contemporaries to be imitated both in Rabat and Seville. In the 1990s the minaret lost the signature pink hues of its plasterwork and was restored to showcase the original exposed brick. 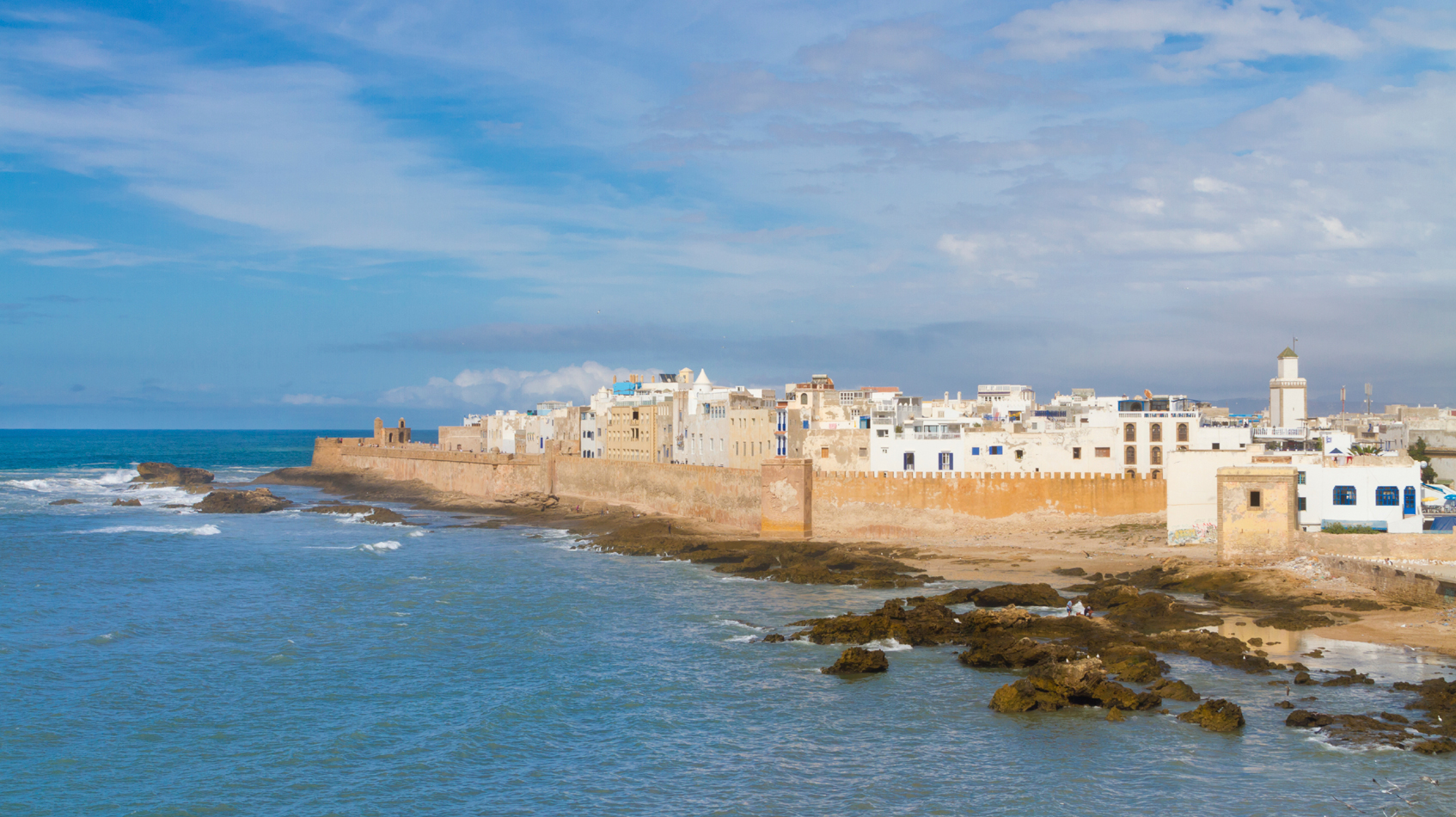 Once known as the ‘port of Timbuktu’, the Alizee or Taros gales that blow through Essaouira have earned it another moniker – ‘the wind city of Africa’. One of the major historical entrepots linking Africa to Asia and Europe, it has retained a multicultural and multi-confessional charm, with Arabs, Africans and Europeans all jostling around a shoreline that teems with windsurfers, kitesurfers and other adrenaline-packed sports.

Stretching over 1,500 miles to Tunisia and containing North Africa’s highest peak, Mt Jebel Toubkal (4,167m), there’s a reason the Greeks decided to place the titan who held up the sky here. Riddled with countless treks, mule tracks and Berber villages, the walks are hardly an inconvenience either, with many starting only an hour away from Marrakech.

From towering mountains to teetering minarets, see the sights of Morocco on our Best of Morocco itinerary.

Insight Vacations
January 3, 2016
Previous
New Year Celebrations Around the World
Next
Italy Unlocked: An Interview with Insight Vacations Travel Director Bradford McEwen
You might also like