Portuguese food is all about local ingredients and big, powerful flavors. Whether you plump for the salty punch of bacalhau, the sweet custardy kick of pasteis de nata, or the pungent combination of paprika, garlic and bay leaves that forms the basis of many local recipes, Portugal’s traditional dishes offer bold and beautiful flavors. To guide you on your culinary explorations, here’s our pick of the top 10 Portuguese foods to try on your next trip.

Alheira may look like a sausage, but it’s so much more. Stuffed with chicken, or for the more exquisite version, game bird meat, it’s compacted with bread and often enjoyed with a fried egg and fries. It’s played an important role in history too, with Portuguese Jews conspicuously cooking the dish as proof of their conversion to Christianity.

Bacalhau is simply salted, dried cod, but this humble ingredient features in over a thousand Portuguese recipes. Whether roasted à Lagareiro, cooked in a casserole à Gomes de Sá or simply stuffed in bar snacks like croquettes, its intense, salty flavor is dangerously addictive.

A decadent sandwich if ever there was one, bifana contains thinly sliced pork marinated in a garlic and white wine mixture, fried in a lardy sauce and then slapped between the folds of a Portuguese roll.

A much-loved local dish, Caldo Verde might seem like cabbage soup to the uninitiated. Deceptively difficult to prepare, it has its greens cut up in very particular ways, absorbing much of the faint smoky flavor imparted by the addition of barbequed sausage.

Portugal’s version of surf and turf involves great mounds of pork and clams. Tumbled in a mixture of paprika, garlic, bay leaf and coriander, when the clams are added to the mix they open up, letting their divine salty juices trickle onto the pork.

Portugal is a country with a longstanding love of seafood, and as such there are a variety of local recipes that make use of the entire fish – even the egg sacs! This popular local salad takes the egg sacs and tosses them with onion, bell peppers, tomatoes and lettuce. It’s much tastier than it sounds, we promise.

The mother of all custard tarts, Pasteis de Nata doesn’t just have a continental standing but a global one. Sent all over the world, the best have lemon juice squeezed through their custard and a little nutmeg sprinkled upon their glossy film of a lid.

Drizzled in olive oil, sprinkled with chunks of salt and grilled over charcoal until the skin turns crispy, Peixe Grelhado is the bass note of every Portuguese menu, and for good reason. Applied to almost every fish, this marinade can most often be found on red snapper, sardines, bass, bream and mackerel. 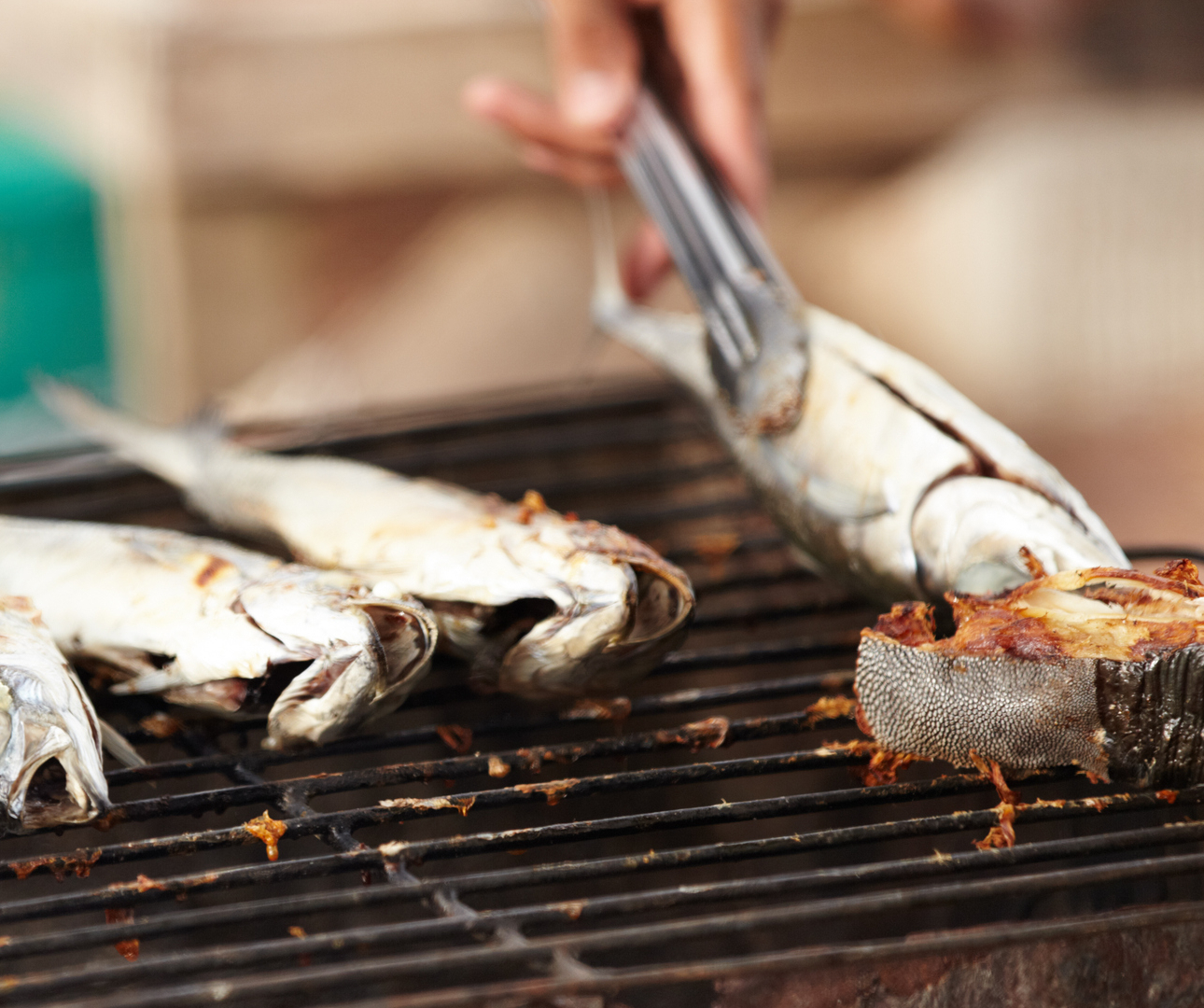 Making A Living From the Ocean © iStock/Yuri_Arcurs

Despite lots of delicious fish varieties giving sardines a run for their money, it’s the little nibbler that remains the most beloved. Affordable and delicious, they form the perfect accompaniment to jugs of sangria or served up with lots of vegetables.

Also found in Italy, this ubiquitous chocolate “salami” can be bought in most food shops and pastelarias across Portugal. A moreish mixture of dark chocolate, nuts and broken up cookies, this sweet treat rivals even the great Pasteis de Nata.

If these Portuguese foods sound tempting, why not book a place on the Best of Spain & Portugal trip.

Insight Vacations
November 22, 2021
Previous
Staff Stories: California Dreaming
Next
Make Travel Matter® in 2022
You might also like
One of the following
January 26, 2023