There is a wine to suit everyone, from the pungent and aromatic whites from New Zealand to the deeply fruity reds that grow in the volcanic soil of Sicily. Luxury wine tasting tours are an opportunity to combine all the good things in life, enjoying regional varieties while soaking up the history and culture of an area.

The most popular countries for wine tasting are France, Italy, Australia, New Zealand, Chile and the U.S. This gives luxury travelers a great selection to choose from; you can simply build your vacation around vineyard tours in a specific area that you’re interested in.

When it comes to the most favored wines the world over, it’s challenging to create a simple list, as people’s taste buds vary. However, the Cabernet Sauvignon grape is the most planted in the world, covering 840,000 acres of land in different countries. It is easy to grow and does well in both warm and slightly cooler climes, which is why it is chosen by vineyard owners, particularly in Bordeaux and California, but also in more surprising countries such as China and Lebanon. Merlot follows closely, the sister to Cabernet Sauvignon, and outside France, it grows extensively in Italy and Chile. The most popular white wine is Airén, a fact that surprises many, as it’s not as well-known as other white varieties such as Chardonnay or Sauvignon Blanc. However, it is drought resistant so it does well in the only place that it is grown, the arid plains of Spain.

Sip and Swirl on Your Next Luxury Guided Vacation

Looking for inspiration for your next escape? Insight Vacations has a number of charming tours that include vineyard tours and wine tasting experiences in some of the world’s most prolific wine-growing regions. Sit in the sun for lunch among the vines, or hear more about the history of a winery, while tasting their finest bouquets.

Here, we take a look at some of the world’s finest wine-producing countries, and the tours you can take with our carefully selected experiences to indulge your love of grape.

The Leading Wine Producer in the World (2020) – France 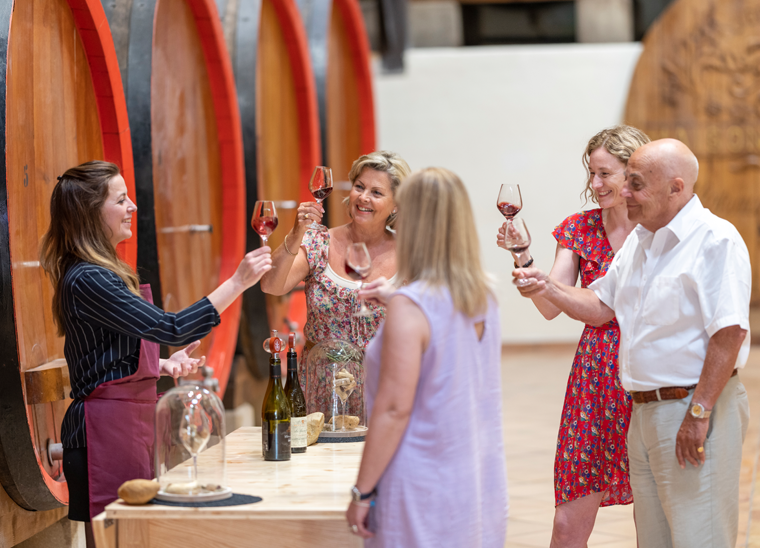 France is a country that is synonymous with winemaking, where wine tradition can be traced back as far as the sixth century B.C. The Romans are thought to have introduced the art of oenology to the country, but it caught on very quickly and soon the French adapted wine drinking into their culture.

Bordeaux, Alsace, Burgundy, Champagne, the Loire Valley, Rhône and the Languedoc are the most famous winemaking regions in France, although there are several others.

Join the Country Roads of France tour to truly soak up the great food and wine culture in this fascinating country. On your second day, enjoy the effervescence of Champagne with an expert vintner, and find out why no other area can claim to create this variety. With Insight Choice, you can enjoy a local wine tasting in Burgundy in the Premier Cru village of Fixin. Experience an introduction to the magnificent Châteauneuf-du-Pape on day nine of your tour. There is the option of Small Group departures on this tour, or you can tailor-make your own to suit your group.

Bursting with Flavor and Promise – Argentina 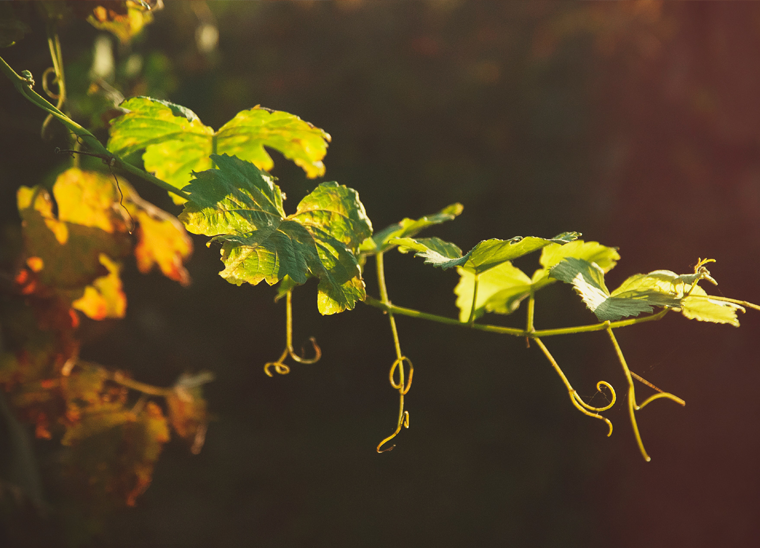 The Conquistadors are credited with bringing vines to Argentina (and indeed much of Latin America) from Spain in the 16th century. Wine was popular in Argentinian homes; at one point in the 20th century the country consumed an average of 22 gallons per person every year. With more recent investment in winemaking, Argentina have soared to a respectable 11th place in terms of global wine exports.

Insight Vacations has a treat for budding wine connoisseurs with an informative tour of Mendoza winery on day five of the Argentine, Brazil and Uruguay tour. Guests can enjoy their splendid Malbec, the variety the region has become renowned for. There’s also the opportunity to try Bonarda and Tempranillo on the many dinners that have wine included.

A Bedrock of History and Viticulture – Sicily 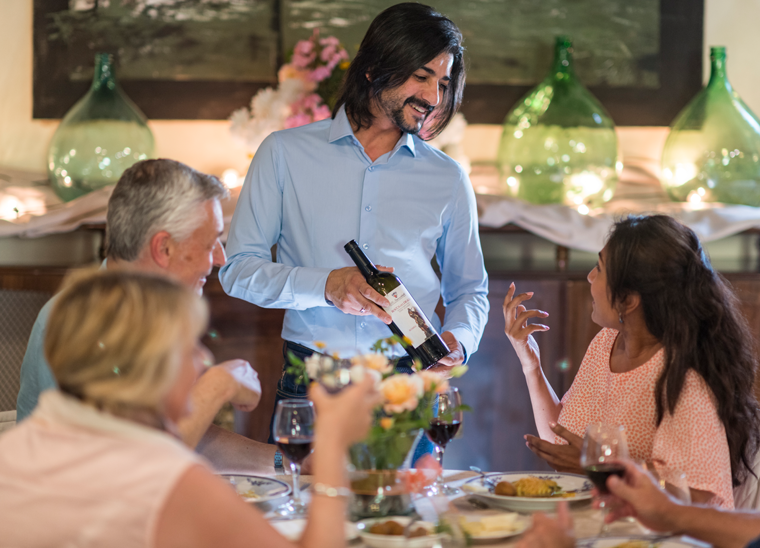 History buffs will be aware that Sicily is where the oldest traces of life were discovered, but did you know that its cultivation of wine stretches back to the eighth century B.C.? Pliny the Elder developed a taste for white Taormina, while Julius Caesar liked Mamertino, both fine Sicilian wines.

Red wine lovers will be familiar with the widely available Nero d’Avola,  but lesser-known indigenous grapes such as Perricone, Frappato and Nerello Mascalese offer interesting alternatives, with ripe tannins and dark, full colors.

Sicily in Depth lets you fully appreciate the island, with eight days touring its markets, towns and treasures. Reach Trapania on day five, where you can savor Sicilian wine while enjoying the surrounding farm life. Your knowledgeable Travel Director can advise the best places to enjoy fine Sicilian wines on your Dine Around evening. 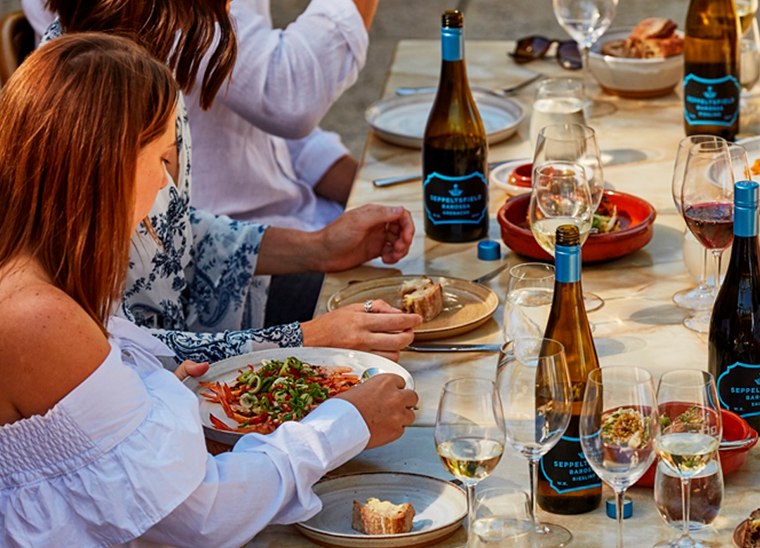 The first vines arrived in Australia arrived in the late 18th century, when a fleet from the Cape of Good Hope arrived on the continent. In 1836, the first vineyard in southern Australia was planted by John Barton Hack in the north of Adelaide. Since then, the tradition of viticulture has flourished across the country and Australia has some of the oldest vines in the world. Over 100 grape varieties are produced in more than 60 different wine regions.

Although now it’s common to order a bottle of Aussie wine at restaurants in many international cities, from London to Singapore, it’s only in the past four decades that Australian wines have exploded onto the international scene.

Insight Vacations offers a five-day tour to Adelaide and the Barossa Valley for locals (currently Australian residents only) so you can get a feel for the wonderfully rich food and wine culture of the area. One of the highlights of this tour is the visit to the architectural wonder that is the d’Arenberg cube, with a three-course lunch and a taste of their famous Shiraz.

Another option for Insight Vacations’ Local Escapes is the six-day Small Group Tour, Tasmania’s Food, Whiskey and Wine, which is a treat for any foodie. Tasmania has an abundance of delicious produce and there are several vineyard stops along the way, including the rustic Derwent Estate, and the oldest vineyard on the east coast, Craigie Knowe. A sweet Riesling or Pinot Noir with hints of cherry, raspberry and plum might suit?

Sample the Splendor of the Central Coast  – California 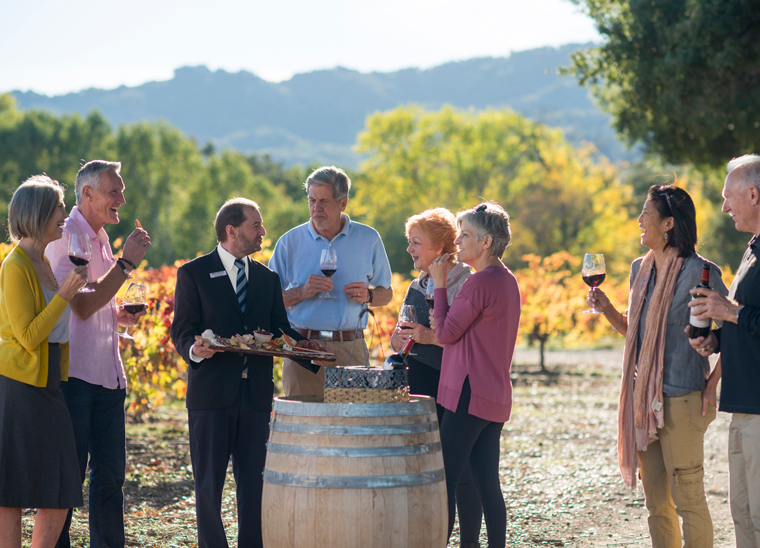 Insight guests traveling on the Great Western American Adventure can not only appreciate dramatic scenery and iconic sites, but day six brings a special treat for wine lovers. Wine tasting tours here are a more chilled affair than in Napa or Sonoma. Often, you’ll get in-depth knowledge from the owner and quality pours in gorgeous vineyards set on the rolling hills. Paso Robles is home to some award-winning wines and the Zinfandel is ripe, spicy and yet velvety smooth to drink.

It’s alleged that Franciscan friars planted vines here in 1790, while traveling through California establishing missions. Later, French and Italian families moved in, bringing their own wine traditions and the Polish pianist Ignace Paderewski put Paso Robles on the map when he established a vineyard over 2,000 acres in the early 1920s. Now, it’s one of the finest winemaking regions in the New World. 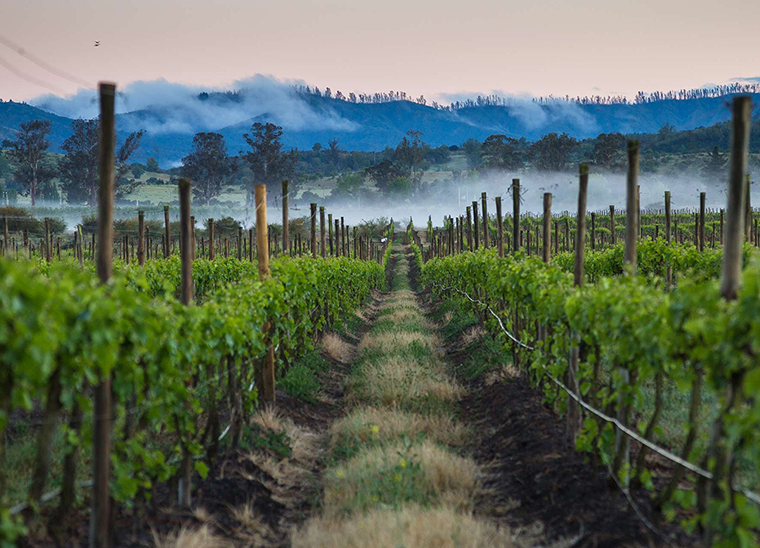 The incredible diversity of wine in Chile is just one of the keys to the country’s success in viticulture. From the icy peaks of the Andes in the east of the country to the Atacama Desert in the west and its extensive coastline, the country basks in sunshine and dry conditions, which make it ideal for growing grapes. 75% of Chilean wine is sustainably produced, which is a notable feat and incredibly promising for the wine industry of the country.

Experience the Best of Chile from Atacama to Patagonia and take in a private tasting at the Kingston Family Vineyard in Casablanca Valley. Hear more about five generations who have lived and tended the land while enjoying a refreshing Sauvignon Blanc or an expressive Syrah.

Favorable to the Vine – New Zealand 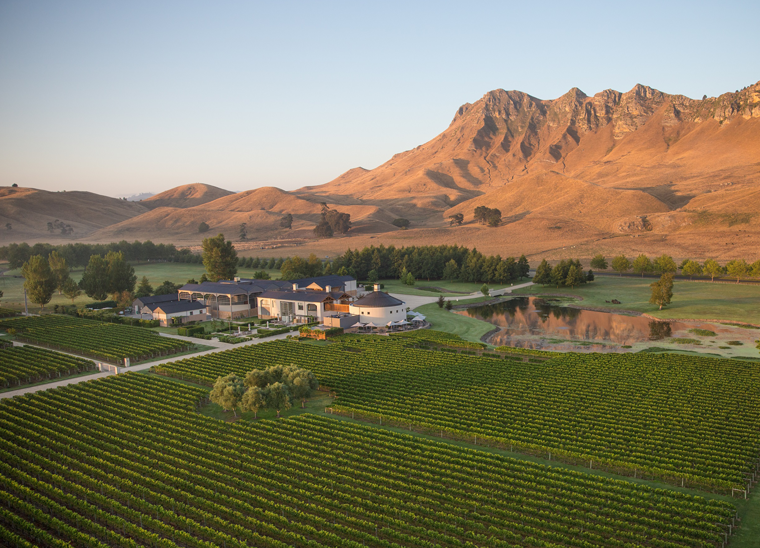 Despite only recently bursting onto the world trading market, grapevines have been a common site in New Zealand since the early 18th century. The first British resident of the country, James Busby reportedly served a delicious white wine to French explorer, Dumont d’Urville when he visited Waitangi in 1840, demonstrating a history of cultivating local wine.

Now visitors can experience a Taste of New Zealand with Insight Vacations, an eight-day tour of the North Island. Choosing the most popular winery on this trip is difficult, given the options, but the passionate Peabody family who run Craggy Range usually win some fans with their story of starting the vineyard from scratch just three decades ago. The Palliser Estate is also an enjoyable experience with wine tasting straight from the barrels.

Feeling a taste for wine yet? Book your Insight Vacations tour with wine tasting now.

Insight Vacations
April 13, 2021
Previous
April Fools’ Day Celebrations Across the Globe
Next
Easter cooking traditions around the world
You might also like
One of the following
May 17, 2022