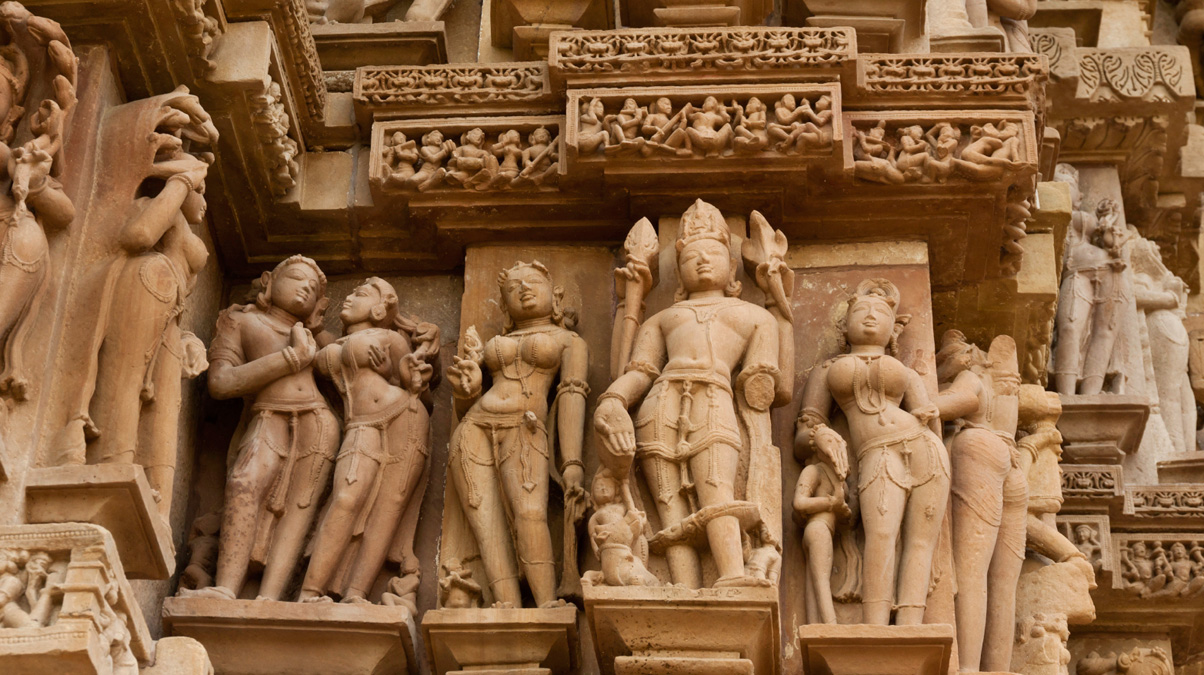 Designated as one of India’s seven wonders and one of the nation’s UNESCO World Heritage Sites, the temples of Khajuraho are a group of around 20 structures that once formed part of a larger complex of around 85 buildings. Scattered over a nine square mile site, these intriguing monuments offer antiquity, mystery and isolation in a remote, rural stetting. And their sculptures? Well, there’s a reason they’ve been dubbed the “Kama Sutra temples”. 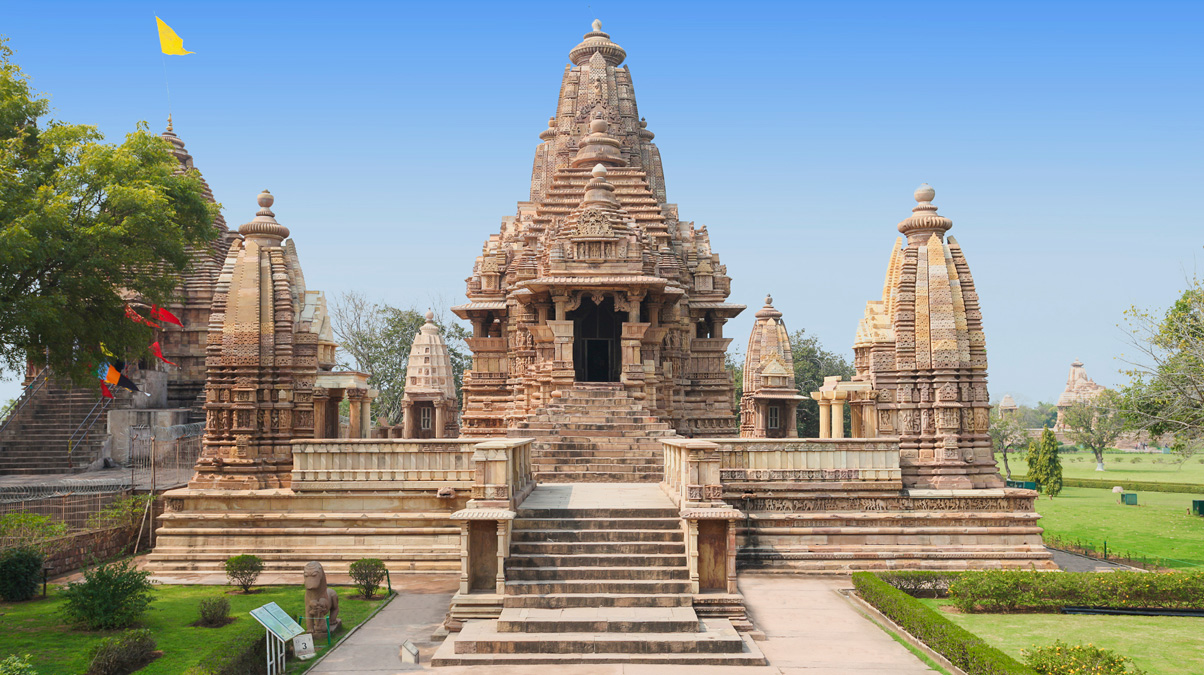 Built by the Chandela dynasty in its golden age between the 10th and 11th centuries, these holy places are special for a number of reasons. Not only are they dedicated to two religions, Hinduism and Jainism, but they also possess a series of unusual erotic panels. Located in Madhya Pradesh, about 109 miles south-east of Jhansi, the temples are relatively isolated today and were situated over 35 miles from their capital, Mahoba, in their heyday, too. A fact that no doubt contributed to their falling out of the pages of history when Turkic Muslims seized the kingdom in the 13th century, an absence that was only rectified when a British army Captain, T. S. Burt, rediscovered the complex in the 1830s. 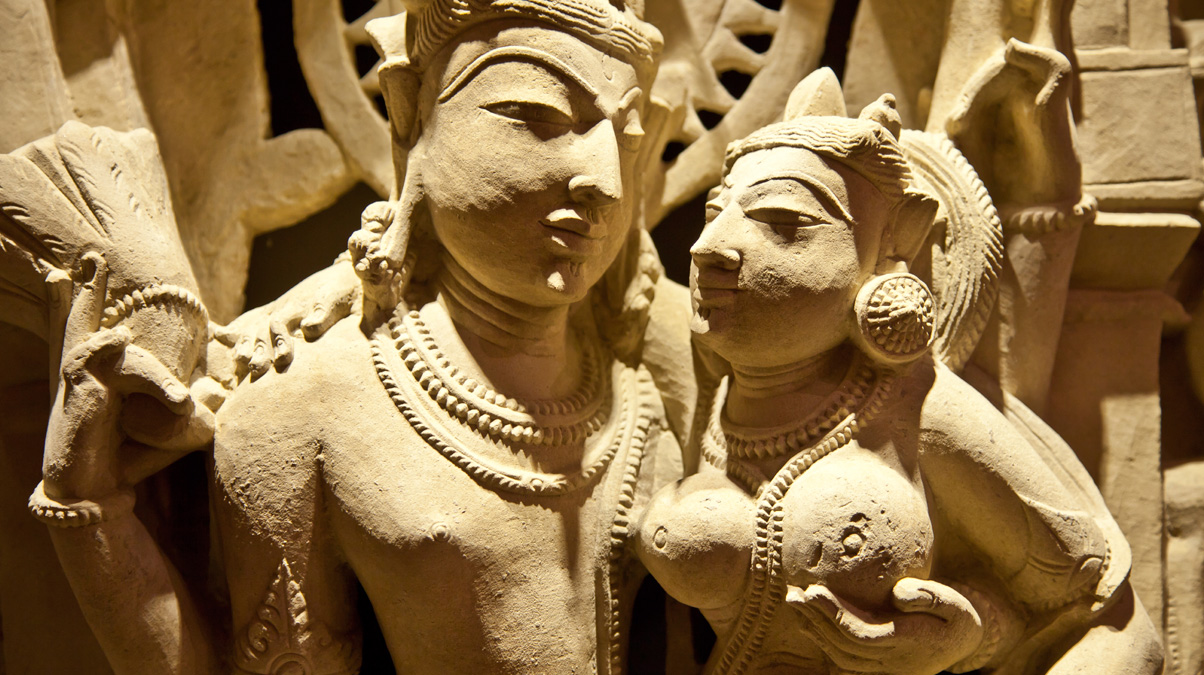 Named mysteriously after a ‘date palm bearer’, the structures are carved from a sandstone that lay buried almost 20 miles away on the banks of the River Ken, and must have required gargantuan levels of capital and labor to move. Shining various shades of pink, yellow and burnished brass, each temple consists of an entrance, hall, vestibule and sanctum, all constructed without the aid of mortar.

But despite the architectural brilliance of these buildings, the real stars of the show are still undoubtedly the nubile apsaras (heavenly maidens), brawny kichakas (commanders) and lithe nayikas (mortal women) caught forever in innumerable scenes of passion. And although not unique – nudity is seen in some of the earliest Buddhist cave art and the Sun Temple at Konark is endowed with similar scenes – the sculptures are very rare. 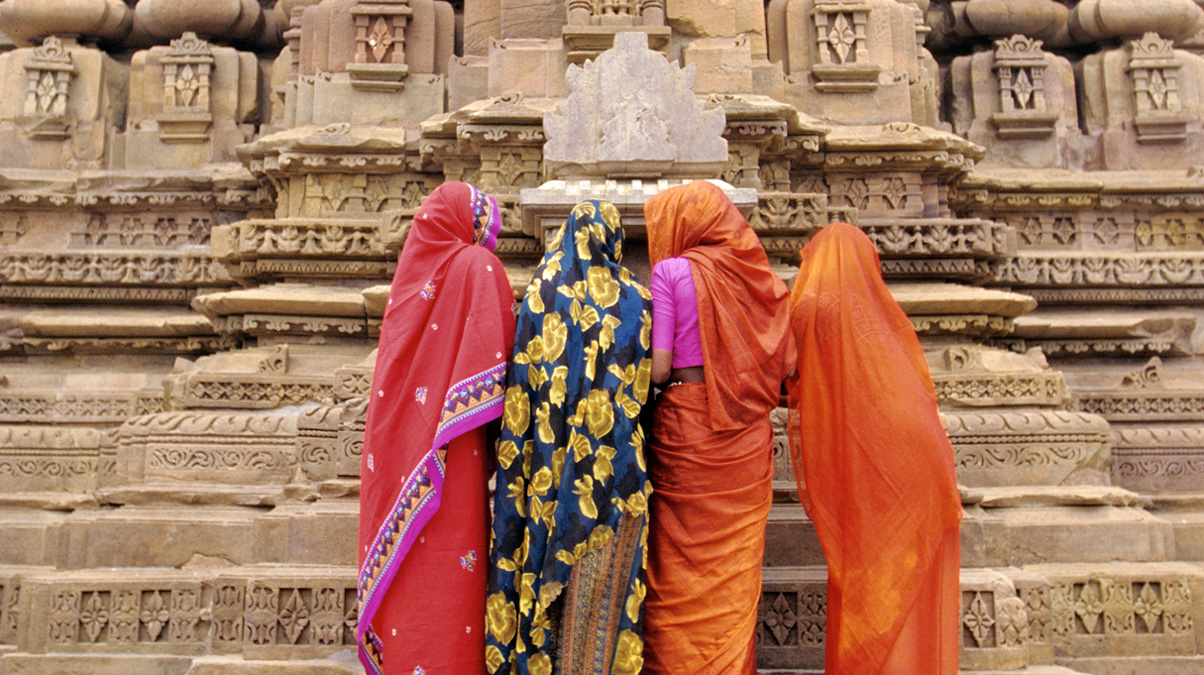 Indeed, the stone erotica is scarce enough for several big debates on what exactly they stand for to swirl around the sybarites. Some believe they propound tantric principles, balancing male and female forces in the universe; others believe they were placed to protect the temples from lightning; others hold that they show ordinary morality as a thing to be transcended; while some groups think the statues are meant to demonstrate how humans leave their base, animal impulses behind as they ascend to more blissful and serene states of mind. 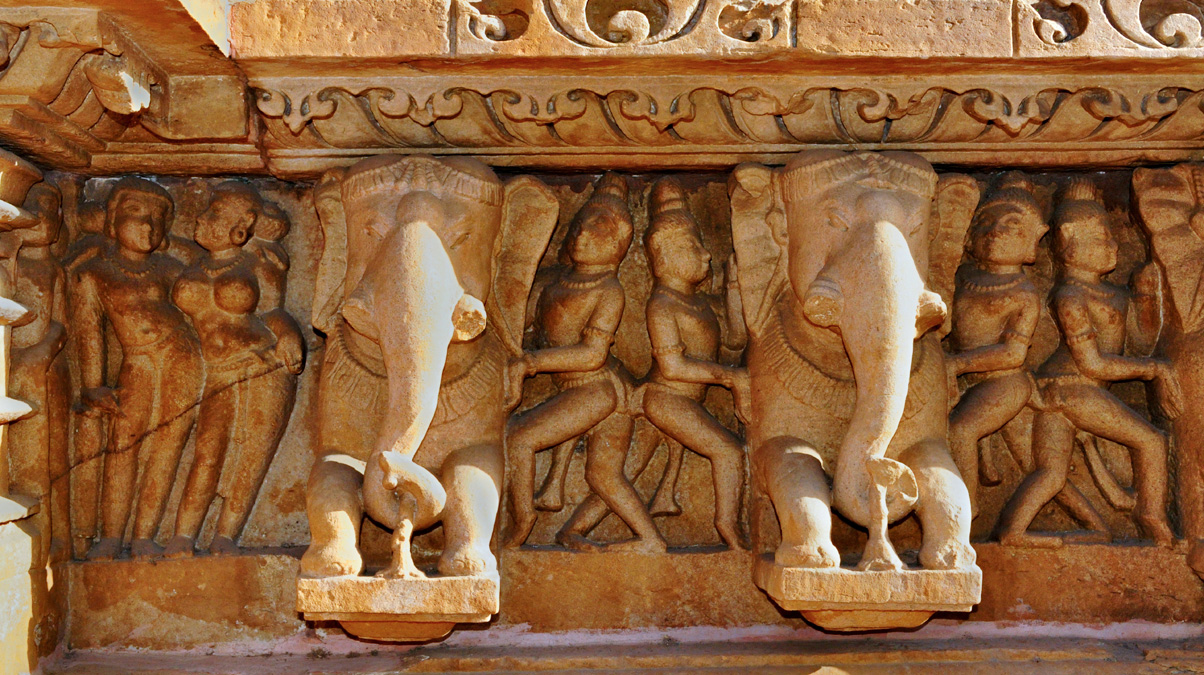 Whatever the real message behind the temples of Khajuraho, the beauty of the statuary remains undiminished by the passing of time. Fantastically small details, such as jewelry, nails, piercings and hair-dos, can still be distinguished, and the whole place feels hallowed as ladies carrying bundles of flowers and sticks of incense pass to send prayers heavenward.

If the temples of Khajuraho have caught your imagination, book a place on the Classical India itinerary and discover these ancient monuments for yourself.

Previous
The Calgary Stampede: An Insider’s Guide
Next
Where to Visit in August

Insight Vacations
March 9, 2016
Previous
The Calgary Stampede: An Insider’s Guide
Next
Where to Visit in August
You might also like

An illuminated paradise: a guide to India’s Diwali from the experts